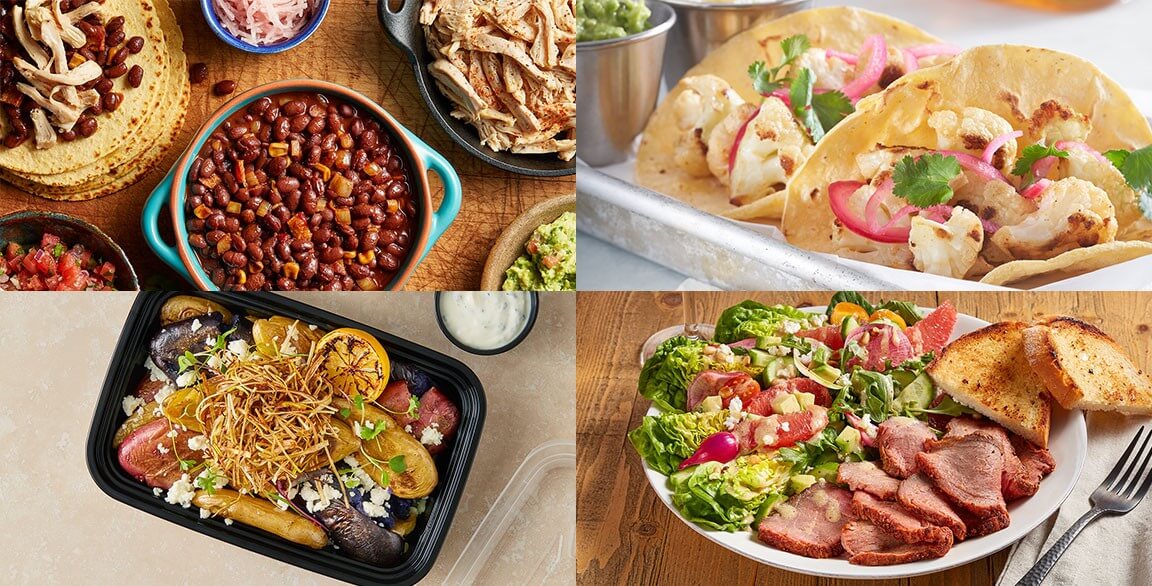 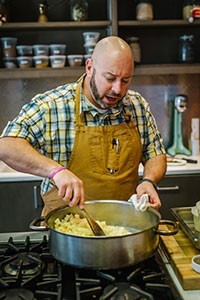 Dave Woolley is the Director of Culinary for Inspire Brands’ Buffalo Wild Wings, but goes by the less formal moniker of “Director of Deliciousness.” It’s perhaps that Willy Wonka-esque title that encourages his signature playfulness in recipe development. Woolley combines craveability, creativity and approachability beautifully. His Burnt Honey-Lime Cauliflower Tacos offers up a great example, where his curiosity in technique leads to a plant-based winner. Both his Chimayo Chile Grassfed Australian Beef with a New Mexico Farmhouse Salad and his Duck Fat Crisped Idaho® Fingerlings demonstrate his enthusiasm for the provenance of ingredients. Lastly, his Mole-Style Beans with Shredded Chicken Tacos is an example of how he takes a flavor system that he’s excited about and moves it into an unexpected application. 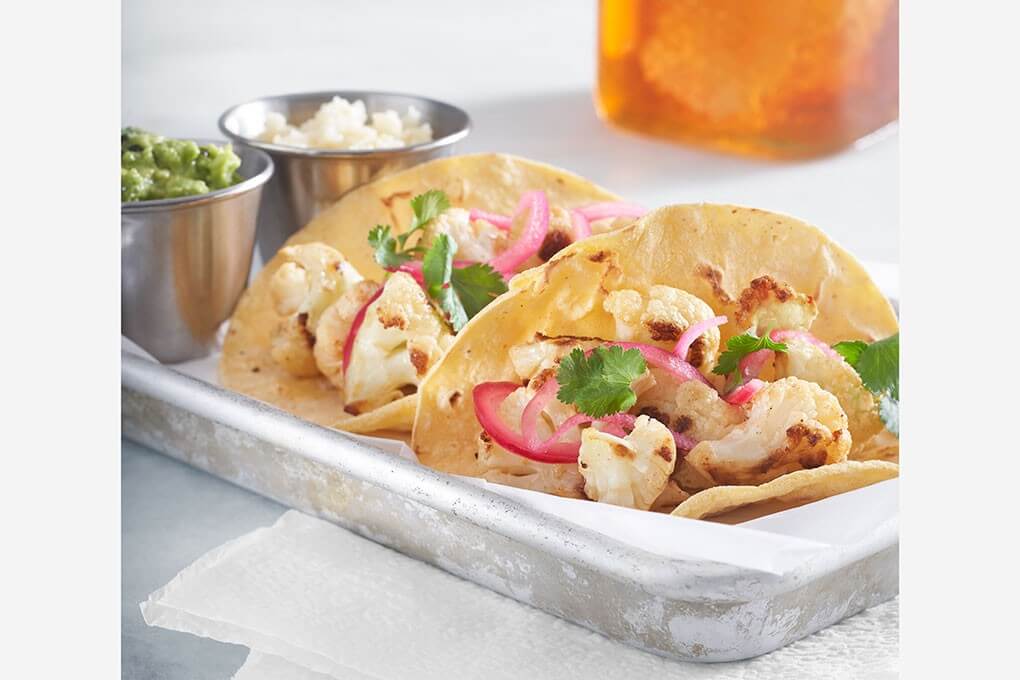 Woolley landed on the recipe for his Burnt Honey-Lime Cauliflower Tacos while experimenting with the technique of torching ingredients. “I was on a propane torch bender last year, burning all sorts of things at home,” he says. “It dawned on me: burnt sugar is great, why not honey? When you torch honey, it plays up the roast-y flavors.”

To build craveable flavor in this plant-based taco, Woolley is strategic and creative in his approach. He pickles red onion in honey, vinegar, salt and lime juice, then combines half of the pickling liquid with smoked paprika, olive oil and salt, and adds cauliflower florets to the mixture. Woolley roasts the florets in red-hot skillets in the oven, spoons the remaining mixture over top and turns them. For service, he spreads the burnt honey-lime cauliflower over warm tortillas, tops them with honey-pickled onions, avocado mash and honey “combtija,” a combination of honeycomb and Cotija cheese. “This is a fun one,” says Woolley. “It totally started as a play on words, but man, Cotija cheese and honey are friends that need to hang out more often. Nutty, waxy and honey sweet? What a combo. Since playing with this, I have used it as a finisher for pizzas and grilled proteins, and simply as a spread on a cheese and charcuterie board.” 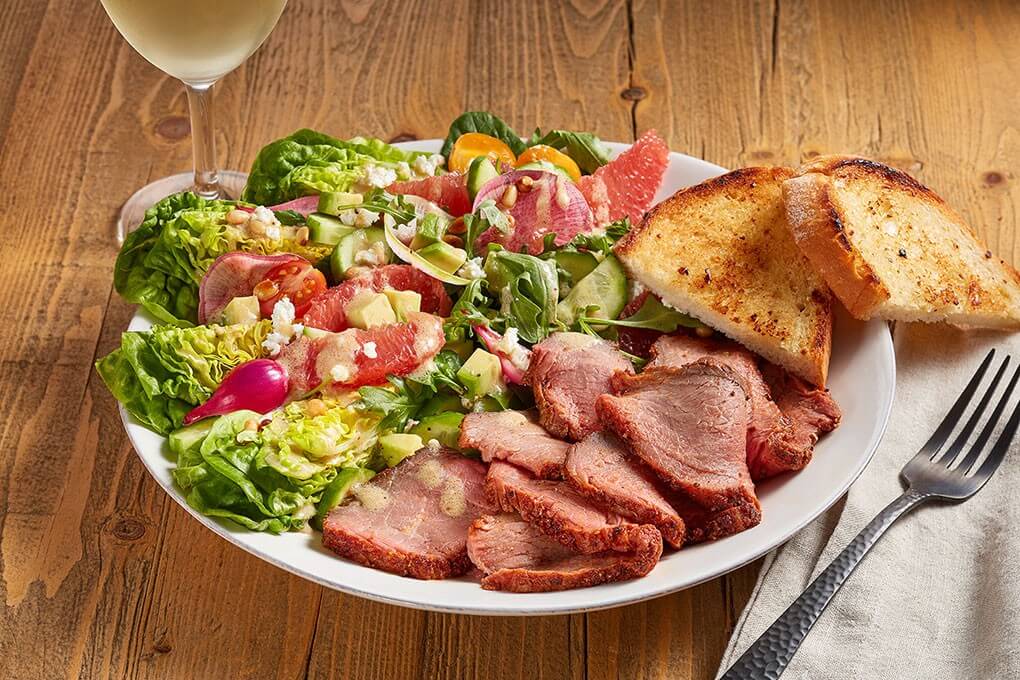 Woolley takes the idea of an entrée salad to new heights, giving it flavor dimension and drama while drawing attention to source and story. His Chimayo Chile Grassfed Australian Beef with a New Mexico Farmhouse Salad features striploin rubbed with Chimayo chile, garlic powder, black pepper, and salt, topped with butter, vacuum sealed and cooked sous vide for six hours. Woolley describes the appeal of the Aussie grassfed product: “The beef flavor first and foremost. It’s also a super clean flavor and easy to add more depth to it from marination,” he says. For this recipe, that depth of flavor comes from the Chimayo chile. “It is the choicest of all of New Mexico’s chiles,” says Woolley. “It’s inherently sweeter and more robust. Earthiness, nuttiness, sweetness and savory heat make it as elegant of a chile as you may find on the planet.” 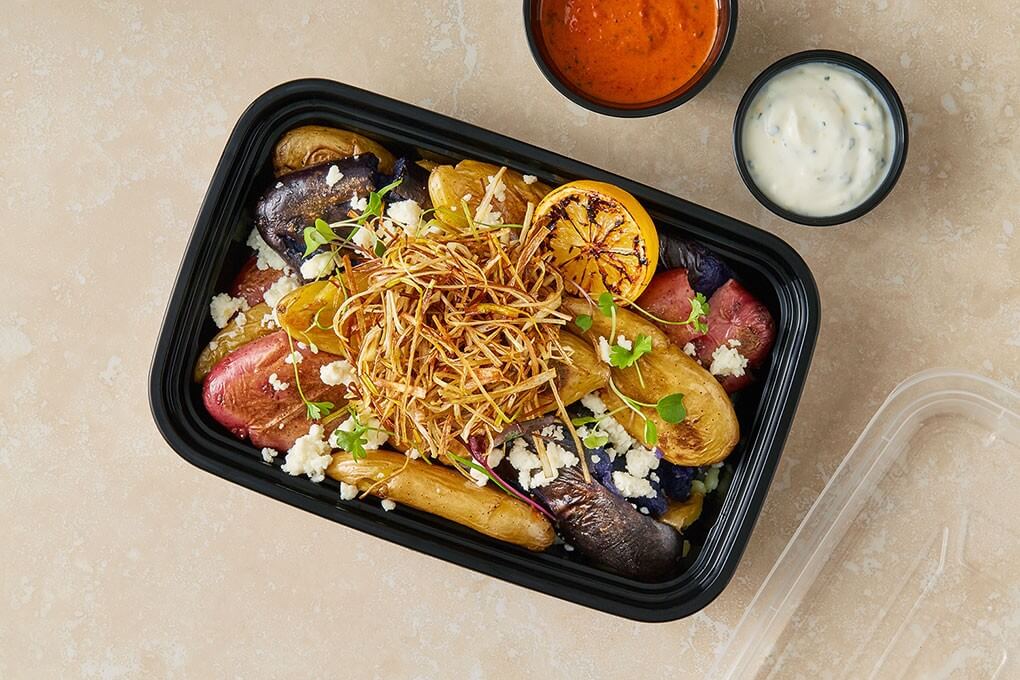 A sophisticated, takeout-ready version of loaded fries, Woolley’s Duck Fat Crisped Idaho® Fingerlings are decadent and craveable, served with a side of both red pepper purée and Meyer lemon yogurt, a smattering of crumbled feta and a finish of frizzled leeks. “This is my take on loaded duck fat fries in the form of even tastier fingerling potatoes,” he says. “I like the versatility in deconstructing the dish and letting the guest further assemble it at home so each element maintains the right integrity.” He opts for fingerlings for a number of reasons. “Idaho fingerlings are cream-of-the-crop potatoes for me,” says Woolley. “The soil and crop coming out of this idyllic potato growing region in America turns out amazing fingerlings. In addition to their texture and flavor, they are extremely versatile.”

To prepare the potato dish, he boils fingerlings until al dente, then quickly cools them. Woolley then smashes them with the bottom of a measuring cup and shallow fries them in duck fat until browned and crisp. For family-style plating, he serves them on a large platter, topped with the feta, red pepper puree and Meyer lemon yogurt, along with the frizzled leeks scattered over top. For to-go orders, he packages the topping individually for at-home assembly. 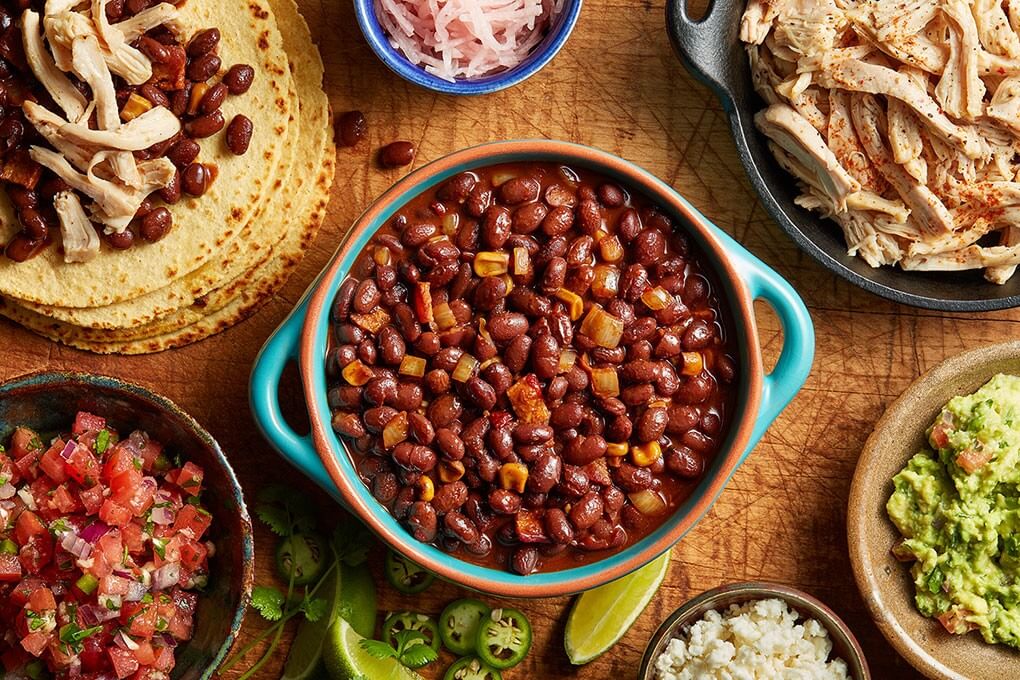 “Chefs gravitate to the deeply intense and careful preparation of a good mole,” says Woolley. “Beans and mole are such a natural fit, both with earthy, savory and sweet flavors—you just want to use them as a side dish for grilled or roasted proteins. I tried to incorporate the ingredients of that classic Mexican sauce in a much quicker-to-prepare version with the beans.” His Mole Beans and Shredded Chicken Tacos feature Bush’s Fiesta Beans layered with chiles and chocolate, smoky shredded chicken, pico de gallo, pickled jicama, sour cream, and “street corn” guacamole.

To prepare the dish, Woolley starts by preparing the beans. He sautés bacon in olive oil, adds onion, then garlic, and stirs in chipotle, brown sugar, tomato paste, chile powder, cumin, coriander, paprika and ancho chile powder. He drains off half of the liquid of the beans, then adds the beans and remaining liquid to the mole. Woolley covers the sauce and simmers it for 30 minutes until it’s thickened. Right before service, he adds unsweetened chocolate, stirring well to evenly distribute as it melts into the sauce. “This recipe enhances the flavor of the beans and makes it unique,” he says. “I would love to make a re-fried version of this recipe, not to mention make the mole beans the focal point for a vegan or vegetarian taco, enchilada or burrito recipe. Olé mole!”