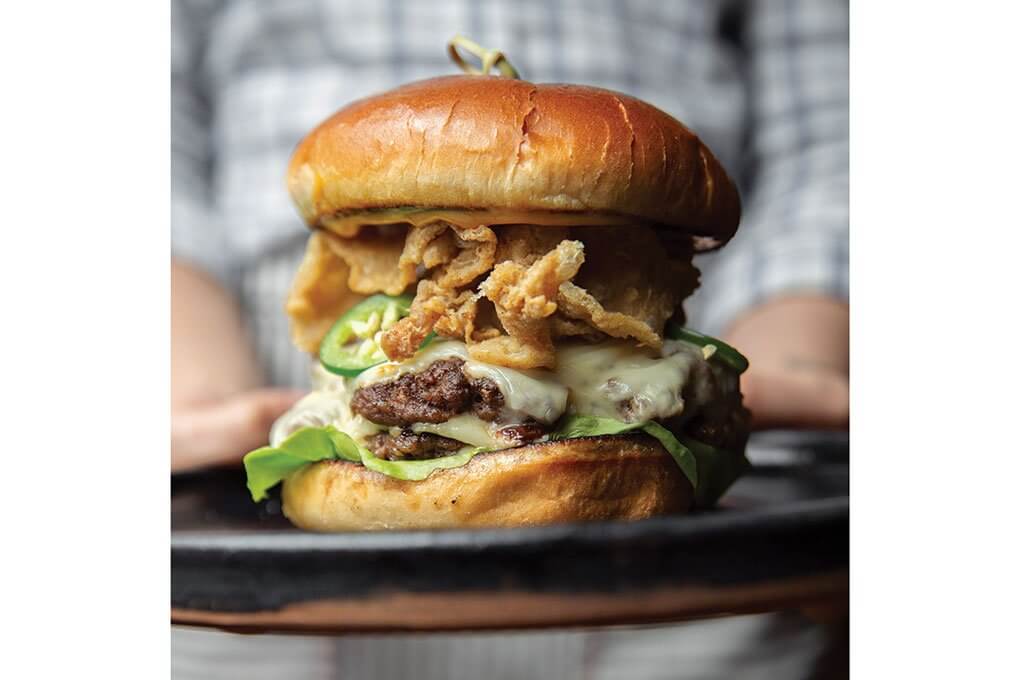 A joke about putting fried chicken skins on a burger turned into a popular menu item at Lucky Rooster, where locally sourced Southern fare is served in a rustic environment. Fried chicken skins were on the bar-snack menu, but when local TV personality Jesse Blanco dined there one night, he thought he spotted chicken skins atop a burger. “First, I made fun of him,” says Chef/Owner Clayton Rollison. “But honestly, it sounded delicious.”

And so the Blanco Burger was born: two 4-oz. beef patties topped with smoked Gouda, Serrano pepper aïoli, lettuce, and fried chicken skins on a brioche bun. “We wanted something that was salty-spicy-smoky-crunchy—and this nailed it,” says Rollison. “The skins provide an irresistible crunchy bite with a little salt to cut through the richness of the rest of the burger.”

The Blanco Burger was unveiled as part of Sunday Burger Night, a promotion launched to boost winter sales. It was the most popular burger during the season. And although Burger Night ended, the Blanco’s success earned it a spot on the permanent menu.