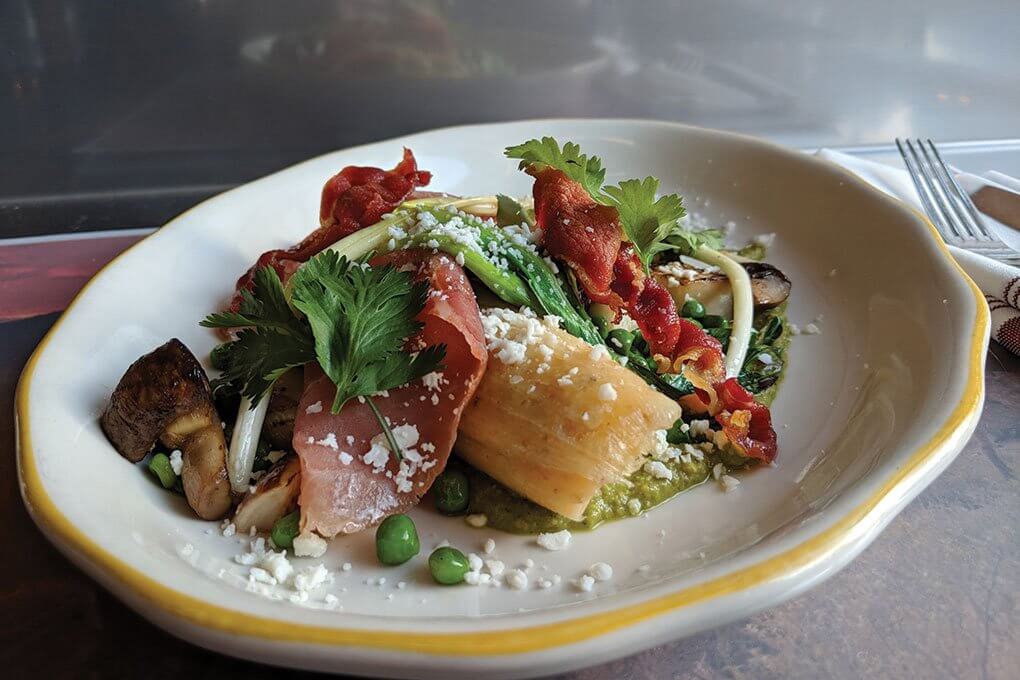 “Cinnamon and Mexican chocolate in the mole bring a dense richness to the dish that is then cut with the bright marinated squash and pickled green tomatoes,” says Carlin. “The tamal itself is sweet, savory and supple, with a little chew.”

He credits the dish’s success to its mash-up of two cultures. “I think the combination of a Southern sensibility and ingredients applied to a classic Mexican form makes it exciting,” says Carlin. “It has evolved over the past year with a variety of different sauces and garnishes as the seasons change. It is one of my favorites so I expect it to be around for a while.”