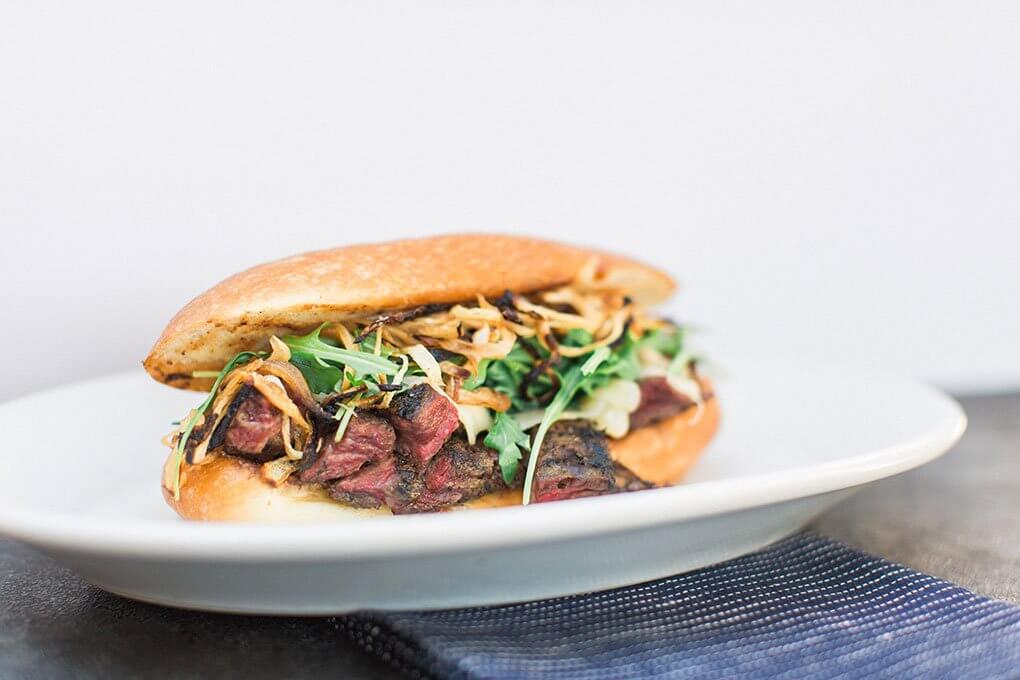 The Henry in Los Angeles takes the prime steak sandwich to the next level with the addition of roasted mushroom, Swiss, burnt onion and arugula.
PHOTO CREDIT: The Henry West Hollywood

What is the Next Big Thing in sandwiches? That’s the burning question with more than one answer. The banh mi is a good answer. So is the torta or the Cubano. What’s next? What are the innovations happening today that answer the demand for craveability while promising familiarity in format? Read on for three sandwich categories that we think hold significant potential for creative menu development.

Perhaps as a counter movement to veg-centricity, there seems to be a spike in interesting meat-centric sandwiches. The reimagining of deli classics is also playing a role here, with modern iterations of the Reuben showcasing the wonder of a sandwich built around meat. At The Henry in Los Angeles, an “everything” neighborhood restaurant, the Prime Steak Sandwich is a study in modern flavor play: A sandwich of herb-marinated skirt steak is topped with roasted mushrooms, Swiss cheese, burnt onion and arugula.

Thanks to a renewed exploration of French cuisine in this country, chefs are looking to two of its greatest sandwiches and reworking them in interesting ways. The Croque Monsieur is a ham and cheese sandwich, usually starring brioche, griddled until crispy and melty. The Croque Madame features the addition of a fried egg overtop. At The Keep Kitchen & Bar, a French-inspired restaurant in Columbus, Ohio, chef Jonathan Olson serves a Croque Madame with smoked and cured hams, a sunny-side-up egg and a combination of Gruyère and mornay, all on thick country bread.

Although the Colombian arepa is perhaps more familiar, it’s the Venezuelan version, which is made from a lighter masa dough, that promises a great future as a handheld here. It’s typically griddled, split clamshell-style, then filled with any number of delicious flavor combinations—the possibilities are endless. The Tropical Arepa at Rica Arepa in Chicago boasts spiced shredded chicken, lettuce, tomato and avocado. Apart from the arepa’s global sensibility, it’s also gluten-free, making it appealing to a growing number of diners.