Leveraging a flavor strategy that has the ability to attract consumers of all ages is an important tactic today.

Over the past decade, the foodservice industry has been almost entirely focused on one generation: Millennials. Of course, there was good reason to be so fixated on one demographic. It was, at the time, the largest—surpassing Baby Boomers—with a tremendous potential spending power and a unique emphasis on the power of food and its role in the generation’s identity. In 2019, Gen Z is poised to outnumber Millennials and will represent 32 percent of the total population.

The reality for most operators, however, is that they don’t serve only one demographic. Millennials may make up a large share of their patrons, but Baby Boomers, Gen X and, increasingly, Gen Z, all drive revenue. There are few in foodservice who can ignore the preferences and behaviors of three out of four generations without a negative impact on their bottom line. Expanding menus to try to please everyone is not the answer. Rather, operators should find platforms that are universally popular, and from there, create iterations or customization options that appeal across generations.

Formats provide the universally engaging canvas upon which generationally pleasing options can be designed. Popular concepts—including ice cream, coffee, pizza, pasta and sandwiches—are relatable and relevant to consumers of all ages. They can provide the base upon which countless variations may be created that are either intergenerational in appeal or are designed largely with one generation in mind. For example, burgers have enjoyed an almost eternal renaissance since around 2010.

The format is infinitely changeable, from the protein and cheese to the carriers, sauces and toppings. According to Datassential, Gen Z and Millennials find chicken, plant-based, and breakfast burgers significantly more enticing than Boomers do, while mushroom-Swiss, steak and Angus burgers suit Boomers far more than younger consumers. It’s important to employ a strategy to leverage those flavors that have the ability to attract consumers of all ages.

The first critical step is to identify those platforms currently on your menu that would be inviting to all patrons. Understanding what menu items hold intergenerational appeal is key—versus adding platforms specifically to attract one generation or another. Overly complicated menus can slow order times, stretch back-of-house capabilities, result in inconsistent quality, and eventually deteriorate a brand’s identity at a time when independent and smaller chains are creating brands based on extremely tight identities.

Once the platforms with broadest appeal are identified, determine how those platforms can be iterated or redesigned to suit multiple purposes. It could be starting with a relatively “plain” or simple flavor profile (read: more approachable to Boomers) upon which sauces, toppings and other inclusions can be added for both customization and younger patron appeal.

But don’t overdo the customization options, because even though the industry has been focused on it, the reality is that endless customization choices add operational challenges. Additionally, the paradox of choice suggests that too many options create paralysis for the consumer. They can whittle away at satisfaction due to frustration with an inability to choose or fear of missing out on a better option. So, each operator must determine how much customization makes sense from both an operation and a menu standpoint.

Flavor Through a Different Lens

It’s important to understand that each generation views the world—and dining out—with different perspectives. As a result, flavors and ingredients do not have the same emotional connection to one set of diners versus another.

Consider tiramisu. For older consumers, it’s reminiscent of more traditional dining. For Millennials and Gen Z consumers, it’s being reintroduced as a flavor for ice cream, doughnuts and other unique applications.

Millennials think that a new flavor, offered in nontraditional ways, has a neat, old-timey feel. Another example is panko, a “new” breading for Boomers, but, for Millennials, it’s an authentic ingredient in global cuisine applications.

Honey is a common sweetener for Boomers, but it’s an on-trend one for Millennials, thanks to honey’s modern positioning as a wholesome, often local ingredient with a great narrative behind it.

Flavor by Another Name

Word choice and communication techniques with the different generations can present obstacles. In part, the challenge can be tech-driven as operators work toward being more effective in the age of social media—which often excludes older consumers from the conversation. But the actual language used on menus can also alienate some customers even while appealing to others.

Younger consumers—Millennials and Gen Z—have grown up in far more diverse environments than previous generations, and have shown both an aptitude for and interest in becoming familiar with foreign cultures. For each brand, it’s important to decide where the operation stands on staying authentic, the level of responsibility in educating its consumers, and whether it’s important to encourage experimentation by creating a “safe” environment.

No one answer here is correct, but enabling older consumers to try new flavors can be part of a more engaging and exciting experience, and can deepen the relationship between patron and operation.

While younger consumers show a greater interest in learning about and experiencing authenticity, which includes foreign terms and names, older patrons may be thrown off or uncomfortable with words they don’t understand and can’t pronounce. Each operator must decide how important original terms and names are based on its position and brand identity, but some effort should be made to facilitate comfortable experimentation for all patrons.

In some cases, this will focus on menu language and descriptions which call out the relatable ingredients that make up the less familiar items—as with s’chug, with the main ingredients of chile peppers, garlic and coriander.

In other cases, staff training will be key to help all patrons understand the offerings and learn more about their origins. In the end, all operators want patrons to enjoy their experience, relate to the menu offerings, and, ideally, return. Ensuring language and messaging doesn’t stand in the way is a basic first step toward this goal.

Operators are facing a growing set of challenges in today’s market, not the least of which is shifting demographics and pressure to constantly innovate for younger consumers, who are often billed as the “future of foodservice.” While keeping an eye to the future is critical, and staying relevant for successive generations is a must, finding ways to create impactful menus with broad generational appeal can only increase revenue potential and ensure maximum relevance in the present as well as the future.

Flavors can lean toward younger or older generations, but there is a “sweet spot” of shared favorites for cross-generational menu success. Datassential shares its 2019 findings.

From the November-December 2019 issue of Flavor & the Menu 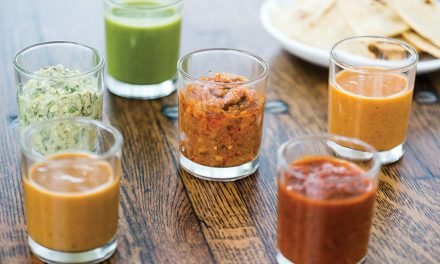 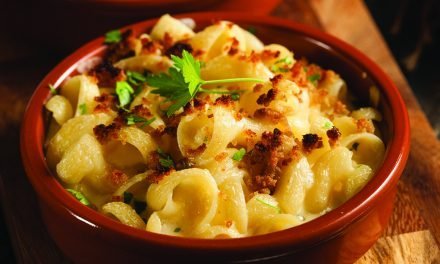