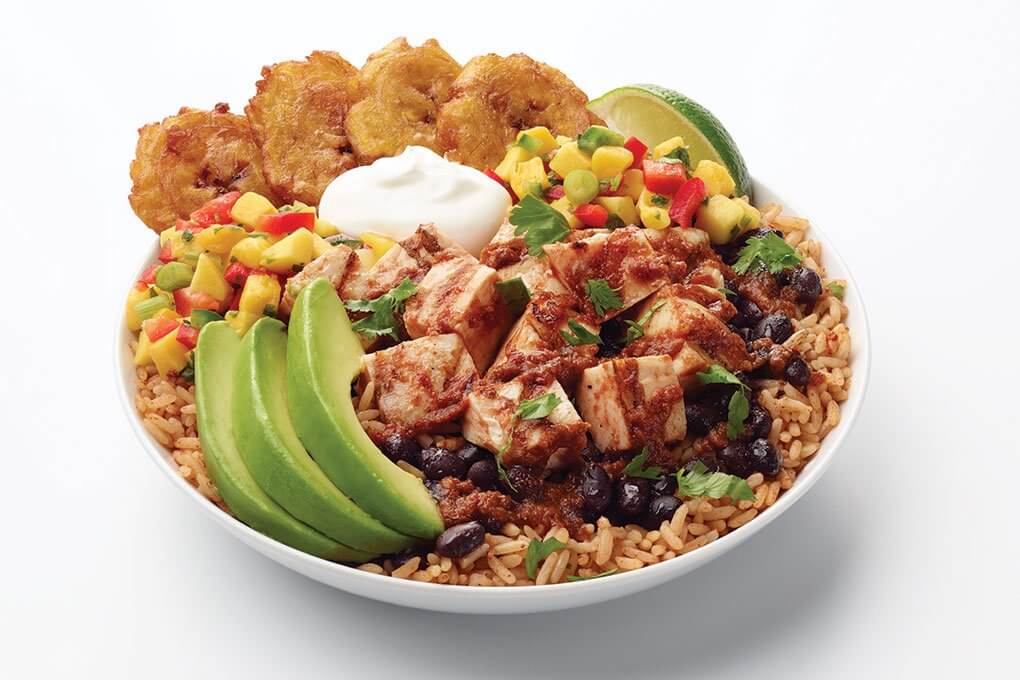 The fans have spoken. Fast-casual California Tortilla runs a March Madness promotion that pits eight previous menu items against each other to win a spot as the brand’s next limited-time offer.

“The Cubano Bowl beat out seven other competitors after more than 4,400 votes poured in,” says Keith Goldman, Co-Founder/Corporate Chef. “It was the clear winner. Since making it a menu offering, The Cubano Bowl has lived up to its champion status and has been a best seller chain-wide.”

“The dish has both sweet flavors from the fresh mango salsa and a savory-citrusy tone from our Havana sauce,” Goldman says. “The fresh, made-daily sauce is a favorite within Cal Tort nation, and our fans voted to bring The Cubano Bowl back for a reason—it packs a punch. The dish and its flavors are unique and can’t be ordered anywhere else in the fast-casual segment.”