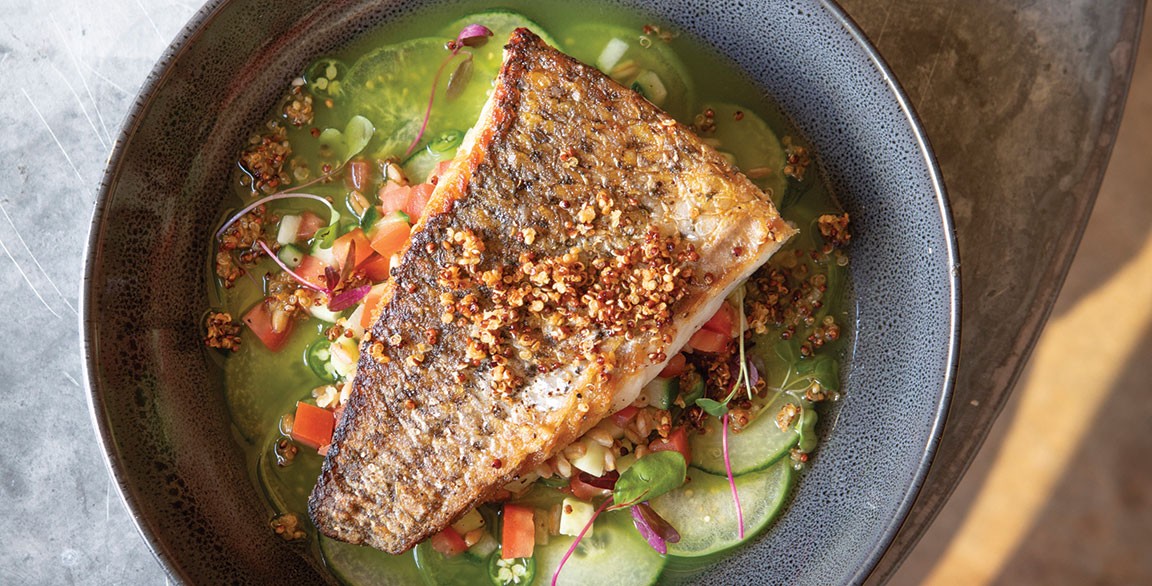 At Socalo in Santa Monica, Calif., the Baja Seabass is served with farro, heirloom tomato, cucumber and crunchy quinoa, over a tomatillo broth.

It’s obvious Susan Feniger and Mary Sue Milliken have risen in the culinary world together. Feniger speaks in a similar respectful and inspired tone as her partner in reflecting on how travel memories influence their modern menus. “Because we’ve spent so much time in Mexican and Latin American kitchens over the years, and there’s so much fish used in this cuisine, those flavors are ingrained in my flavor preferences,” Feniger says.

She compares Latin American cuisine to the Asian kitchen, citing the many ways to think about using fish: raw and cooked, traditional and nontraditional, entrées and sides. She makes special note of the carpaccio-like tiradito and seafood stew featuring octopus. “At Socalo, we menu three different ceviches and a poke, so that’s four raw dishes, in addition to the Veracruzana and fish tacos,” says Feniger. “The flavors work so well together,” she adds, pointing to dishes like shrimp enhanced with garlic and árbol chiles, the oregano and lime of the Veracruzana and numerous variations available through the platform of the fish tacos.

For many chefs, a dish outside their typical flavor profile is often the most memorable, and this holds true for Feniger. “One of my favorite dishes is Malaysian Black Pepper Clams. You cook clams just until they open, make a sauce with soy, palm sugar, limes, garlic and ginger, then finish with tons of cilantro and mint and serve with a big crunchy piece of bread,” she says. “It’s an amazing sweet-salty flavor combination, and you can adapt it with scallops or shrimp.”

In terms of sustainability, both Feniger and Milliken are members of the Monterey Bay Aquarium Seafood Watch Blue Ribbon Task Force. “They have been the inspiration for us for 15 years or so. We’ve always used their sourcing guidelines,” she says. “The only fish we use on the menu must be rated ‘best choice’ or ‘good choice.’ Since so much of the seafood consumed in the United States is prepared in restaurants, it’s our responsibility to serve good seafood. The bottom line is to find seafood that is sustainable and delicious.”

Seafood & The Menu celebrates the craftmanship and creativity of 10 women, who share reflections about their global flavor explorations and how they translate them onto their menus. Interested in receiving our print magazine six times a year? Subscribe to the print magazine Would you like to receive food and menu trend updates and recipes straight to your inbox? Sign up for our weekly email newsletter 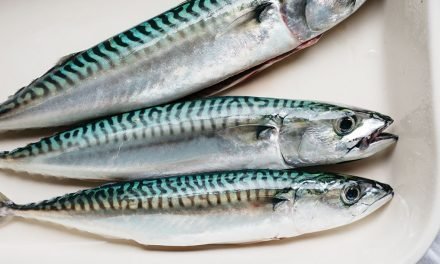 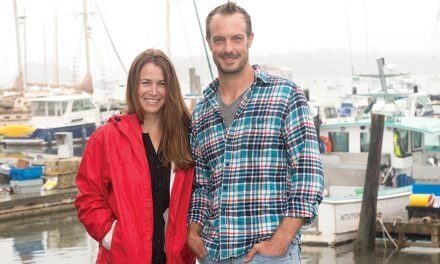 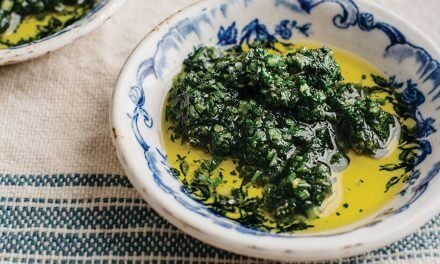 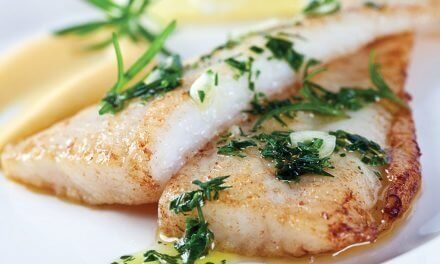