Sea Island is a luxury resort located on a barrier island on the southeast coast of Georgia. Daniel Zeal is the resort’s executive chef, overseeing the dining program at a number of concepts, including Colt & Alison, a classic American steakhouse.

Southern inflection is prevalent on this menu, as it is throughout the property’s eateries, maintaining a keen sense of place and heritage.

Colt & Alison’s menu demonstrates that Southern influence with items like blue crab dirty rice and peanuts served with the snapper, and white barbecue sauce accompanying onion rings. In Zeal’s efforts to bring in trending global flavor profiles, he has dipped into Asian and Latin pantries.

“We wanted to reach a younger clientele, and introduce new flavors to our regular clientele,” says Zeal. “I work for a resort that caters to both global travelers and an established Southern region clientele. Our menus reflect that, but I wanted to push us outside of refined Southern fare and demonstrate that we know what’s going on in the world, then translate it for our sensibility.”

His Charred Octopus with adobo, melted peppers, sweet potato and coriander is a good example of stretching into global flavors. “The flavors are purely Mexican, but we use chiles, sweet potatoes and peppers from local farms,” he says. “Our focus is still on beautiful, local ingredients, but we’re showcasing more aggressive, global flavors.”

He steams the Portuguese octopus for four hours to tenderize, then marinates it in a purée of adobo, charred ancho and pasilla chiles, roasted red pepper and onion. He then chars it on a flattop, serving it with melted peppers, roasted sweet potato purée, purple yam purée and coriander flowers.

“The chiles are flavorful, not overly hot,” says Zeal. “My goal with dishes like this is to showcase exciting, on-trend flavors that still reflect who we are.”

The Southern-Inspired Steamed Bun with pork belly has been an iconic menu item at Sea Island’s Georgian Room since 2012.

Back in 2012, Daniel Zeal was the chef de cuisine of Sea Island’s flagship restaurant, the Georgian Room. In an effort to put that restaurant on the global map, his culinary team began to research what was hot in major cities. “We approached it through the lens of: ‘We’re a five-star restaurant, but let’s think about what we’re missing,’” he says.

Through their research into trending items that could find a fit on the Georgian Room menu, they landed on the bao, the Chinese steamed bun. “We saw so many variations of the authentic bao, but wanted to bring it back to the Georgian Room and inflect it with Southern touches,” says Zeal.

“This one bite allowed the global traveler, as well as the local clientele, to appreciate both the simplistic beauty of this Asian delicacy, but also to see it done our way,” says Zeal.

He is now executive chef of the resort, and the bao has been a signature amuse for seven years. Starring local ingredients and Southern flavor combinations in a global profile, this bao does exactly what Zeal envisioned. “It expresses who we are. It’s Instagrammable and recognizable, which is a great draw for younger diners,” he says. “It’s craveable, too, which brings them back for more.” 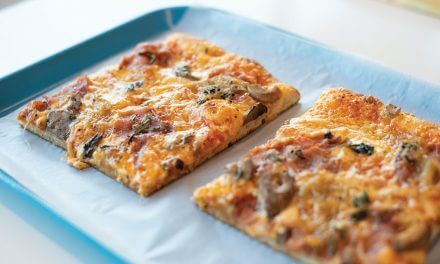 The Arc of Non-alc: 10 Beverage Builders Tap into the ongoing potential of the booze-free beverage 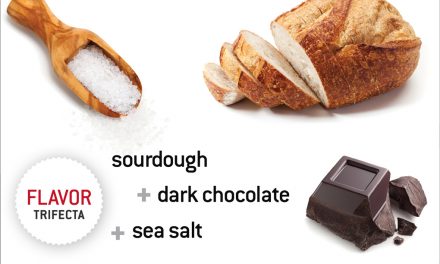