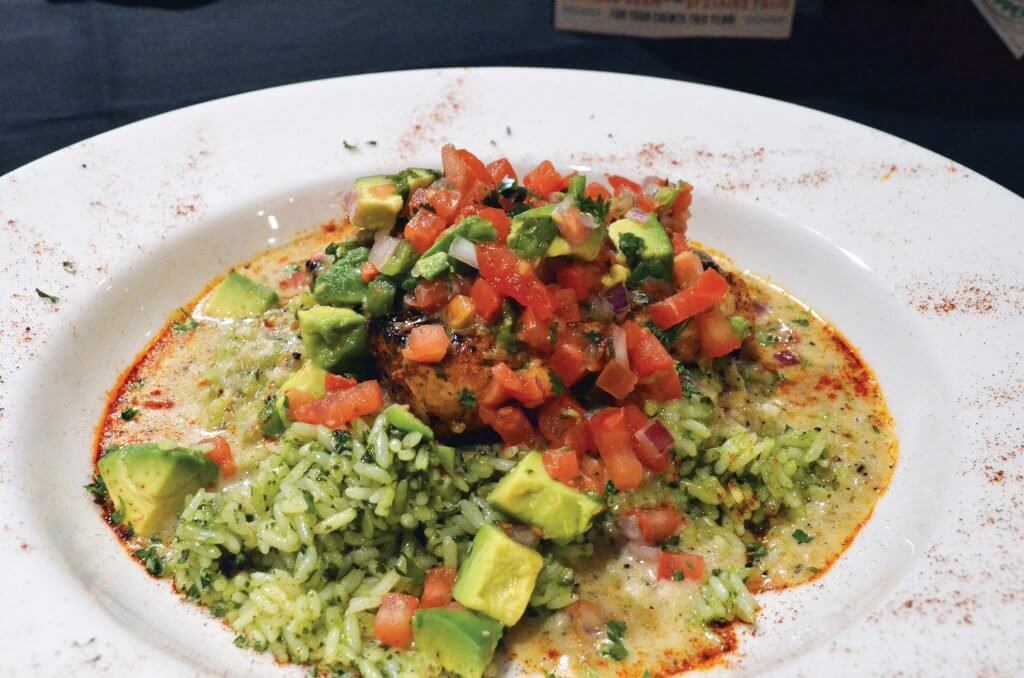 “We initially used tomatillo and green chiles, but once we started roasting them, it added this whole other dimension,” says Paul Seikel, CEO/President of Pearl’s Restaurant Group, with three Oklahoma City restaurants. “Then we added fresh avocados and knew that was it. It’s delicious, and packs such flavor and complexity, yet comes in at under 600 calories.” The dish is a top seller at both lunch and dinner, and Pearl’s gives customers the option of pairing the signature Southwest flavor system with any fish on the menu.

Pearl’s has an interesting strategy for boosting the performance of a menu item. “Sometimes if an item is not performing well, we’ll try taking it off the menu. Then, out of the blue, it spikes in sales,” says Steve Griffin, Pearl’s Restaurant Group’s VP of Operations. A recent example is with the group’s Bang Pao Shrimp—fried popcorn shrimp tossed in creamy, spicy Sriracha sauce. “We took it off the menu at two of our three restaurants to see if it would start performing better,” says Griffin. “Sure enough, it did.”