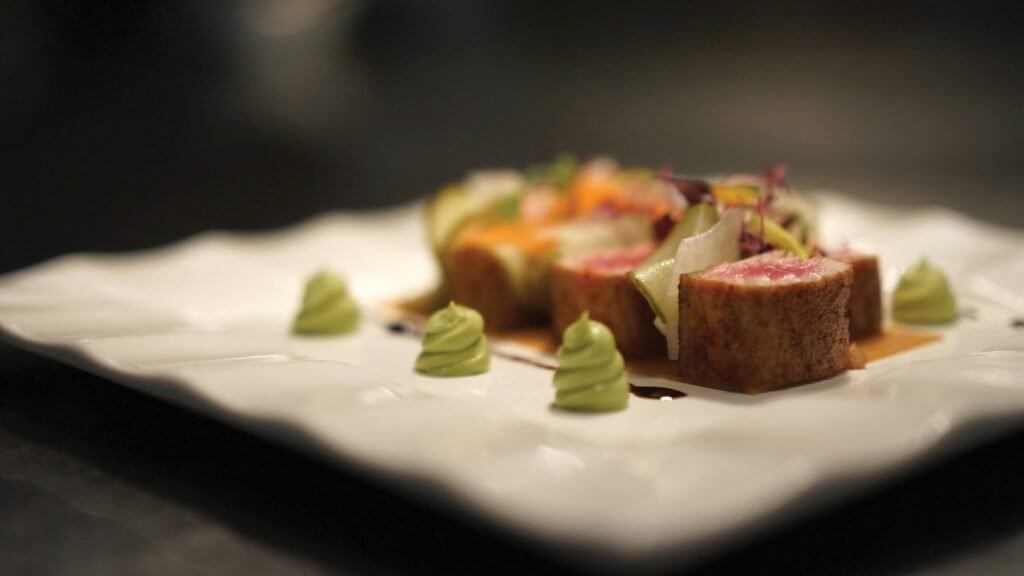 “The idea is that everything we do can be articulated as an edible story,” says Executive Chef John O’Leary. “Our teppanyaki-seared yellowfin tuna is an ode to the sea,” he adds, describing the Ahi Tuna appetizer at Naples Yacht Club. With flavor profiles of tamari, shoyu, lime, avocado, harissa, miso and yuzu, it’s a good story. “Flavors are vibrant and fresh. The textures are crisp. The aromas of toasted coriander and nigella dusted on the tuna and seared add a smoky depth to a flavor sensation deeply rooted in Floridian cooking.”

“You start off eating a pristine piece of spice-crusted tuna, still warm, and follow with the crunch from daikon lightly marinated in a miso and yuzu vinaigrette,” he describes. “It’s a path of extremes that balance each other perfectly.

The dish evolves, depending on the best fish available, sometimes featuring hamachi, onaga, ahi or yellowtail. It has also lent its flavor elements to other dishes. “The lightness and acidity of the miso and yuzu made its way into an apple sherry vinaigrette for our quinoa salad,” says O’Leary. He’s also utilized the pungent flavor profile of the tamari in the searing process of a triple-seared short rib. “Cooking is about the story, who made it, where it came from, and why we choose to showcase it,” he says.