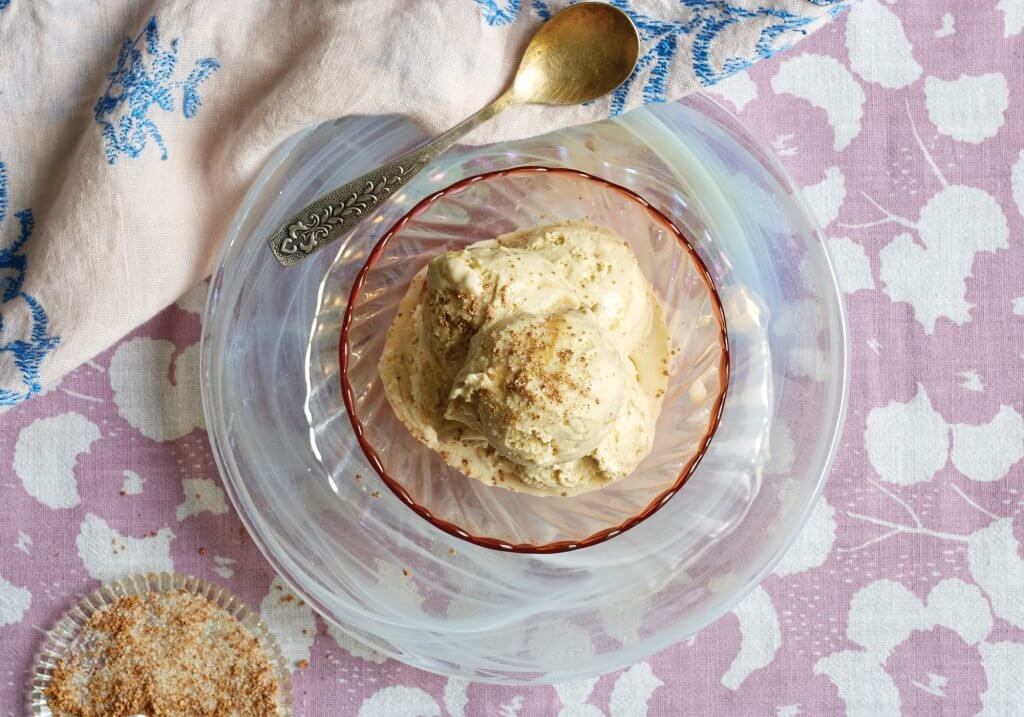 Salt & Straw can best be described as an ice-cream think tank, known for its funky-yet-genius flavor combinations. But the Palm Sugar Ice Cream with Fish Sauce Caramel stands out for Tyler Malek, head ice-cream maker, as the “best execution I’ve ever had when it comes to that holy trinity of salty-sweet-bitter.”

It all started with the fish sauce caramel, which Malek and his team makes by carefully burning molasses, soy sauce, lime juice, coconut cream and fish sauce together. “We spent a long time building the perfect ice cream to feature with this very peculiar caramel sauce,” he says. “Southeast Asian palm sugar and molasses help to make for a combination that, somehow, just makes sense as the perfect ice cream flavor. We ended up with an ice cream that both complements and echoes the caramel perfectly.”

Malik says that the adage “what grows together goes together” proves true in this flavor pairing. “We focused on getting our sweetness from a super-unrefined palm sugar from Indonesia—this gave us depth beyond that of a typical white cane sugar,” he says. “Also, we altered the fat ratios by balancing egg yolks with cow’s milk and coconut cream—all in ratios that gave a platform for the fish sauce rather than covering up or clashing with it.” He admits that fish sauce was difficult to work with in an ice cream kitchen. “We tried integrating this in a hundred different ways, and I’m not sure we could have found a better way to feature it,” says Malik.