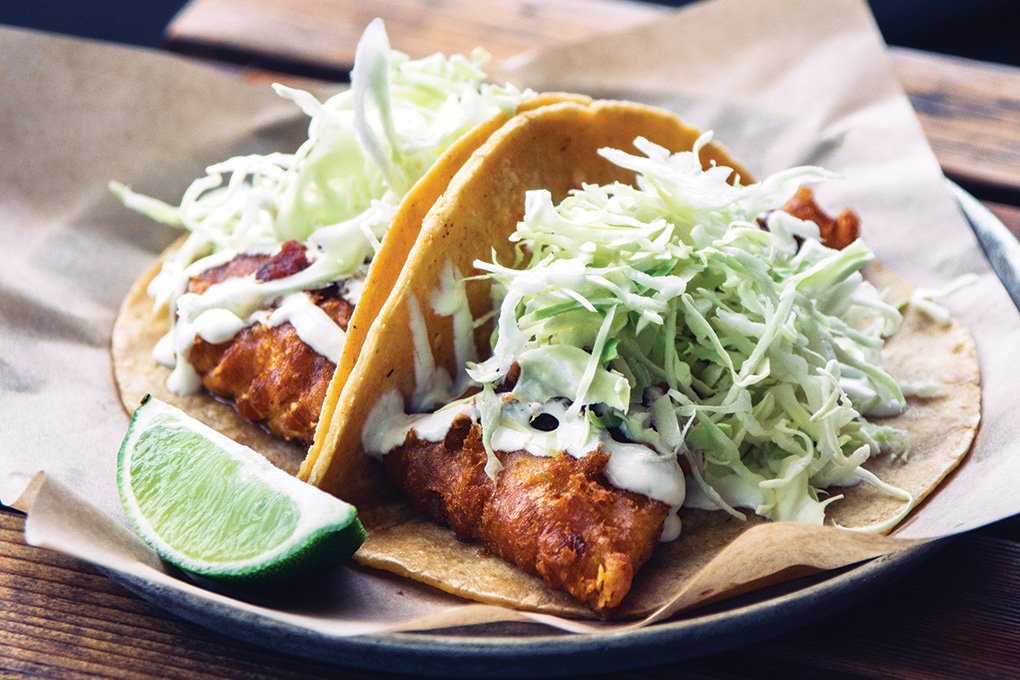 Hello Betty partners with a local tortilleria, making their tortillas an authentic part of the menu’s narrative.

Thanks to a number of driving forces, the fish taco continues to demonstrate serious menu potential. At the perfect apex of the bar-snack trend and flavor-forward seafood momentum, chefs are treating the fish taco with the same thoughtfulness we’re seeing in better burger builds and signature fried chicken sandwiches. Customization is helping propel creativity, as is a world of possibilities in texture and flavor play. Restaurants like Fish Camp in Huntington Beach, Calif., offer customized fish tacos, where guests can choose from 14 species, like halibut or catfish or mahi-mahi. The menu also provides flexibility on technique—from blackened to a la plancha to crusted. At Hello Betty Fish House in Oceanside, Calif., every element is carefully considered, ensuring a craveable experience. “The fish taco is all about the fish,” says Jared Hills, executive chef. “It’s meant to showcase your fresh catch of the day—only to be enhanced by your favorite salsa and crisp vegetables.” Here, he highlights the four components that make up an optimal fish taco build. 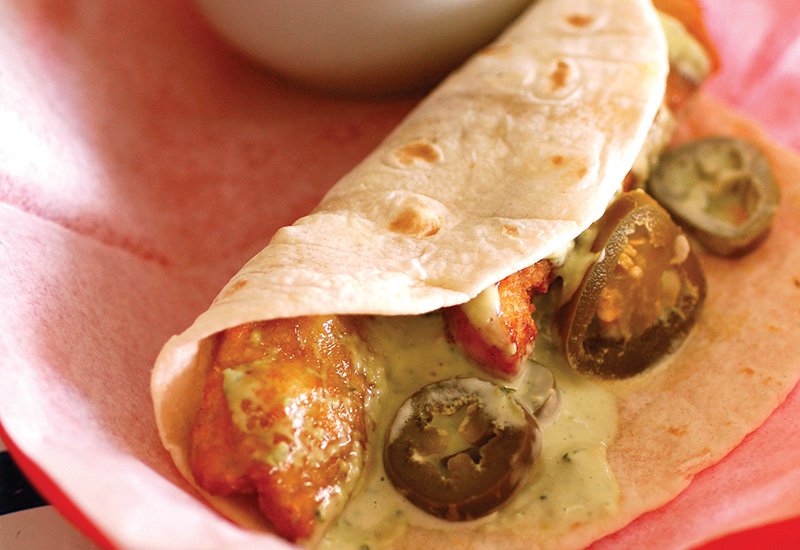 Innovation In The Details

Chefs are looking at the fish taco today like they did at the burger 10 years ago—seeing opportunity for premium touches, flavor building and storytelling. We’re even seeing a play in flavor systems, where chefs are applying proven ingredient combinations to fish taco development. As evidence, look to the Al Pastor Taco at Kanaloa Seafood in Oxnard, Calif., which subs in marinated shrimp for the traditional pork, rounding out the profile with grilled pineapple, pickled red onion, cabbage, cilantro, chimichurri crema and queso fresco. 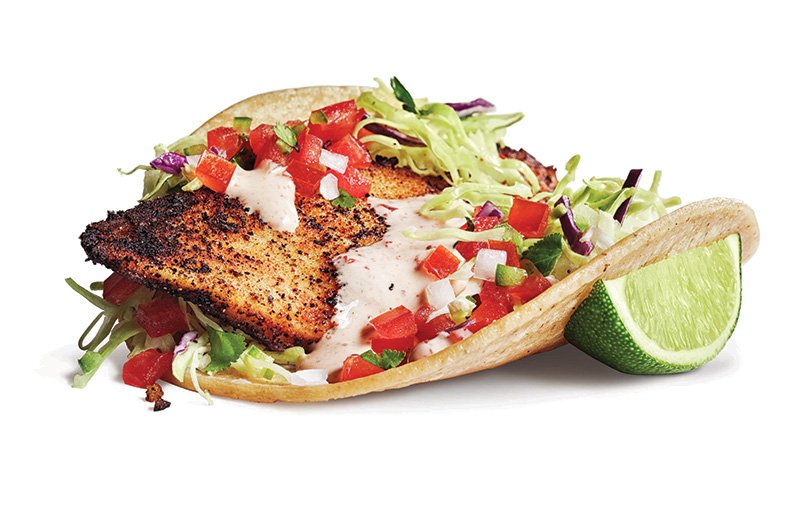 The classic fish tacos at Rubio’s are made with sustainably sourced tilapia, grilled or blackened on a comal, topped with creamy chipotle sauce, salsa fresca and cilantro-jalapeño slaw.

Applying creative flavoring and technique treatments to the protein itself sets the foundation for the overall taco build and gives the star of the show more flavor play. 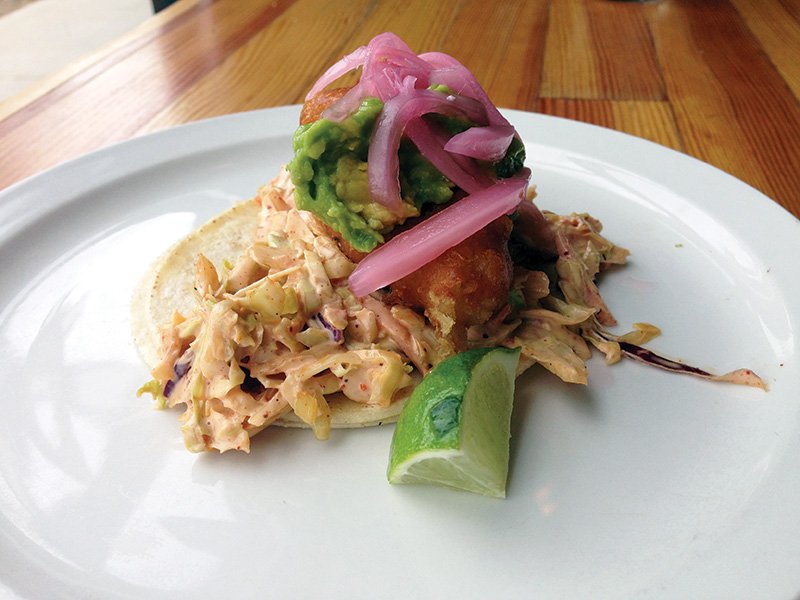 Today’s fish tacos hook diners with developed layers of flavor and signature approaches. Here is just a sampling of the ways chefs are folding surprise elements into this Baja classic: 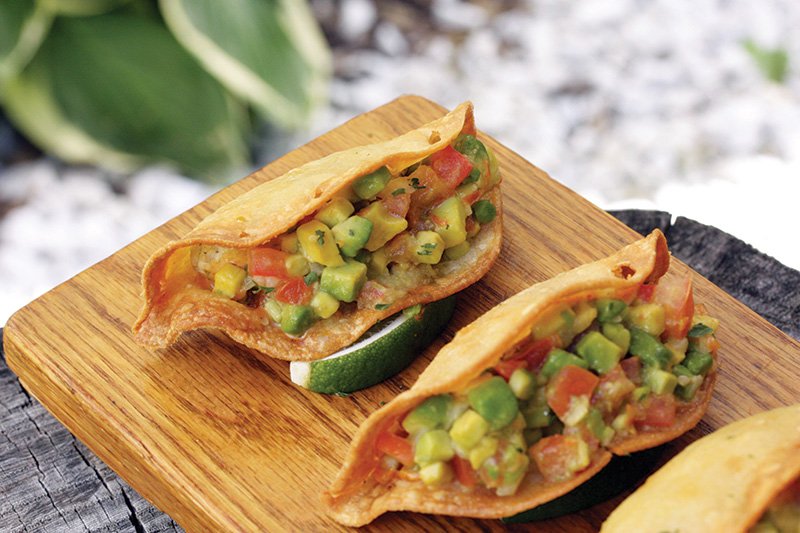 The Next Fish Taco?

We’re seeing octopus making its way into more casual formats, as in a calamari presentation or octopus bar bites, for instance. Tacos may be the next frontier, upping the adventure while tucked into a familiar carrier. And although octopus may be a step too far for some consumers, its growing presence demonstrates an eagerness for flavor discovery.

The fish carries the day in a fish taco, but the supporting characters lend crucial flavor and textural balance. The modern fish taco isn’t about heat—it’s about contrast. Crunchy slaws with acidic notes or long, creamy finishes. Sauces or drizzles that add savory depth or cooling tones. And the flourish of a pickled ingredient both wakes up the palate while playing against the tender bite of the fish—even when that fish is enrobed in a crispy, craveable batter.

Kick Up The Sauce

The pathway to differentiation may lie in the sauce—or the drizzle, salsa or crema. Intriguing ideas include:

Slaw’s crunchy texture and bright acidity make it a natural topping for a fish taco, complementing the soft bite of the fish. Here are a few flavor-forward variations:

The fish taco practically calls out for a pickled garnish. The tangy topping can bring a certain regionality or it can simply crown the taco as a modern American build.