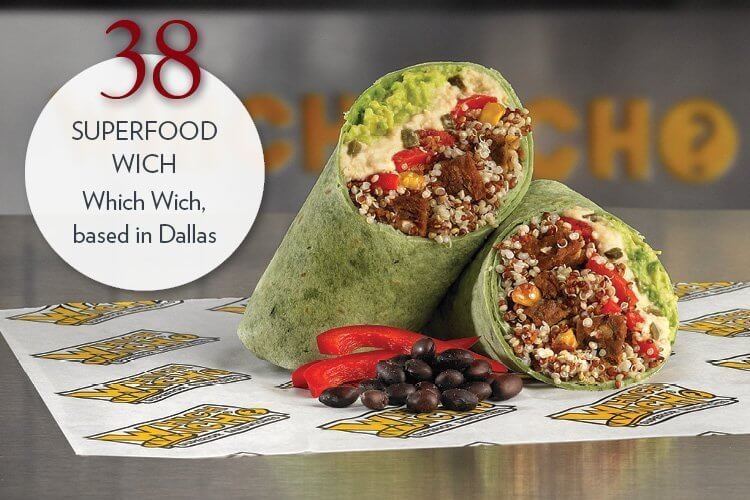 Taking risks is part of the innovation game, and limited-time offers (LTOs) offer a built-in stage for trial. Which Wich decided to test its first-ever “wrap style” menu item, putting the Superfood Wich in market test in the summer of 2015. After a successful test period, it was rolled out systemwide in January 2016 as an LTO, dubbed “Bag 8.” “It performed as an overwhelming fan favorite and was met with great success,” says President Ric Scicchitano.

The Superfood Wich features a vegan black bean patty, housemade jalapeño hummus, roasted red peppers, fresh avocado, along with a red and golden quinoa blend. “The quinoa rounds out a unique, fiber- and protein-packed offering with a slightly crunchy texture and a light nutty flavor,” says Scicchitano. “Superfood is particularly appealing for its vibrant color and bold flavors.”

“Aha!” moments move innovation into measurable ROI. “A major discovery during test and the limited-time offering was that the Which Wich consumer really desired a tortilla or wrap option,” he says. “Guests were ordering their standard go-to ’wiches wrapped in the spinach tortilla as a way to even further customize their favorites. As a result, the Superfood Wich wrapped in a spinach tortilla made the cut in our newly rolled out system menu, featuring eight ‘composed’ sandwiches representing brand ‘best-ofs.’ The tortilla was also introduced as a standard option with the baguette with this new menu.”