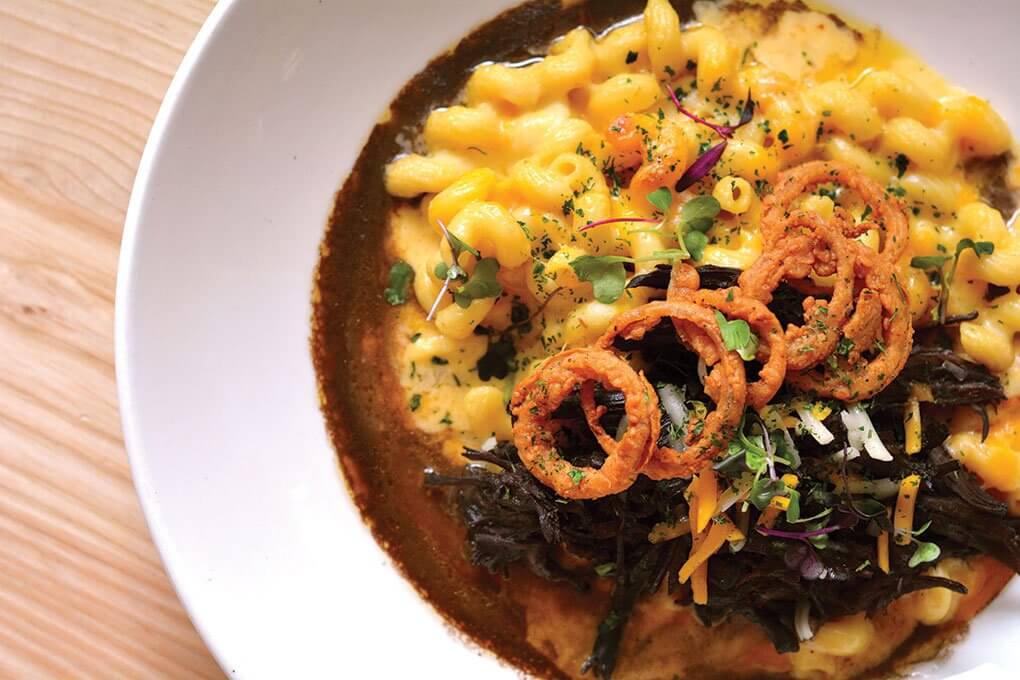 Chefs today are finding countless ways to stretch the flavor and texture possibilities of America’s favorite comfort food: mac and cheese. Signature variations abound, driven by a chef’s natural penchant for creativity and by market forces that require imaginative, bold, fun fare. From pasta enriched with premium cheeses like fontina, Emmentaler or Havarti to noodles sporting vegan cheese made with cashew cream to creative build-your-own adventures, mac and cheese is proving its potential for reinvention.

“There’s just been so much work on mac and cheese. It’s like an arms race—everyone is looking for the next big thing,” says Ric Scicchitano, managing partner at Food & Drink Resources, a foodservice consultancy based in Centennial, Colo.

So, what’s next for this top-selling dish? For one, a push for even more sides and shareables, says Scicchitano. Cast-iron serving pans, bite-sized balls, unique add-ins, and longer noodles are also becoming the norm among trend-forward menus. Doing something different—and doing it well—is key to transforming mac and cheese from a stalwart side into a buzz-worthy bite.

The Mac N’ Cheese Balls are a top seller at Eureka! Mini pasta shells combine with Jack and cheddar cheese, with a buttermilk and panko crust.

Mac and cheese is proving itself as a fantastic bar snack in the form of balled-up poppers. Chefs are capitalizing on the built-in craveability of a cheesy, crispy ball of goodness and bending it to fit their brands.

Playing up creative, scratch-kitchen flavors is what diners have come to expect at Eureka!, a New American bar-and-grill concept with locations in California, Colorado, Idaho, Nevada, Texas and Washington. So when Jason Hernandez, VP of kitchen operations, was working on menu ideation two years ago, he decided to test drive mac-and-cheese balls with beer-cheese sauce and Fresno chiles.

“Everyone is making it in a bowl and putting a bunch of toppings on it, so this was our spin,” he says. “We’re an all-American craft-beer restaurant, so having a beer-cheese sauce and Fresno chiles was a ‘don’t have to think about it’ item. We didn’t want a standard cheese sauce or a béchamel—we wanted to stand out.”

Hernandez tried medium- and large-sized pasta shells, but settled on mini shells, which he says retain a better shape than classic elbow macaroni. “This was the noodle that fit the ball itself. The shell holds the sauce a little better, too,” he says. He keeps it simple with a classic Jack and sharp cheddar blend—“a little sweet with a little bite”—melting cream and butter for the cheese sauce and adding an amber or lager-style beer to the mix.

Fresno chiles bring a pop of red color and touch of spice, without too much heat. After incorporating the noodles, the batch is cooled, then additional cheddar cheese is added for a stringy-cheese effect when the balls are pulled apart, “like dipping a fork into mac and cheese,” he says. When the viscosity is tight, the batch is scooped into balls, dipped in buttermilk and panko crumbs, then deep fried until golden brown. They’re served with a side of homemade buttermilk ranch sprinkled with Parmesan and chives for color contrast.

Since the mac-and-cheese balls debuted on the menu, the item has become one of the top two sellers consistently at each location, alongside fried Brussels sprouts, and is available as an upgraded add-on or side substitute for burgers and sandwiches. With each restaurant averaging a couple hundred balls served per day, Hernandez says consistency and control are key. “If you apply too much heat, it scorches,” he says. “Control your heat and know that working with cheeses is delicate and something you can’t really rush. Take the time—and that starts with a great al dente pasta and sauce.”

Mac’d prides itself on offering customizable options, including a variety of choices for the base, cheese blend or toppings.

Several operators are testing customizable mac-and-cheese concepts. Mac’d, a San Francisco-based build-your-own mac-and-cheese concept, began as a humble pop-up in 2016 before partners Chen-Chen Huo and Antony Bello opened their first brick-and-mortar place in 2017. A second location opened in 2018, followed by a third delivery-only operation in Portland, Ore., that relies on services like GrubHub, UberEats and Postmates. What makes Mac’d so successful?

Customization. “The unlimited options really appeal to a broad audience, giving the customers exactly what they want,” Bello says. Indeed, customization fuels the mac-and-cheese trend. The dish offers a familiar, craveable base that is perfect for a world of creative, delicious toppings—something chefs have known for a long time. And they continue to push the envelope on what belongs in and on top of this beloved pasta dish.

At Mac’d, bases like pasta shells, elbow macaroni and cauliflower can be mixed with up to six cheese sauces. Two cheese blends are offered—cheddar and Monterey Jack, and a Monterey Jack blend—along with a non-dairy option of a cashew base combined with almond milk and peppered with a proprietary spice mix, plus turmeric and garlic. Each cheese base is formed from a roux, then infused with flavors like honey-jalapeño, pesto, or a mix of cheddar, Monterey Jack, Asiago and garlic.

“We tried a lot of different blends and decided on butter over oil because it’s a richer flavor,” Bello says. After that, diners can pile on the ingredients like chorizo, chicken, crab, Korean short rib, truffle oil and Flamin’ Hot Cheetos.

All those choices make it easy to cater to adventurous eaters, vegans, gluten-free diners, and even guests with highly specific diets like keto. Roasted broccoli, roasted mushrooms, chicken and bacon are the most popular requests. The bowl is heated in a pan then placed in the broiler so it’s crispy on top.

One of the marvels of mac and cheese is its creamy, soft mouthfeel, with luscious cheese coating the palate in a wonderful way. Of course, the standard textural counterpoint is a crispy bread-crumb topping—and there’s nothing wrong with that. But in this age of innovation, mac and cheese practically begs for creative, signature play with a crispy, crunchy element.

At Chicken + Beer, a Southern-style restaurant in Atlanta, the mac and cheese is served as a hearty entrée that stays on brand with braised and pulled short rib, adding textural contrast with crispy tobacco onions.

Scicchitano agrees that creative textural contrast is a great pathway to distinction. “Grab ingredients in the pantry and target the look and feel of the dish, amping up the textural and visual aspects,” he says. “Crunch, color and cheese-pull would be some of the first boxes we’d check at Food & Drink Resources. Examples could be a Southern-themed menu using pimento in the base and crumbled toasted biscuits for the crunchy topping, or using pulled shoulder on a pork-centric menu with crunchy chicharrones on top.”

At Prison City Pub and Brewery in Auburn, N.Y., the Mac & Cheese stands out with a creamy blend of assorted farmstead cheeses and IPA beer, and it’s topped with pretzel crumbs, fitting in nicely with a pub theme.

The aptly named Meat Lover at Mac’d tops its basic mac and cheese with both pulled pork and Korean short rib.

No matter the approach to culinary development around mac and cheese, never underestimate the power of flavor, says Scicchitano. “The basic mac and cheese still outsells everything, but flavor is driver No. 1.”

At Counter Culture, a modern vegan concept in Austin, Texas, the Buffalo Mac ’n’ Cheeze Balls are the current best-selling appetizer, developed around the idea of wanting to bring Buffalo sauce to the menu in a unique way. “A lot of restaurants were doing Buffalo cauliflower, Buffalo this and that. I was coming up with a creative way to use Buffalo sauce,” says chef/owner Sue Davis. “We have a Buffalo pizza that does really well, and I try to think up specials that aren’t anywhere else.”

First offered as a special, the Buffalo Mac ’n’ Cheeze Balls were a runaway hit and now hold a permanent place on the menu. Davis uses elbow macaroni for the base, cooked a little over to yield the right structure. “If it’s al dente, it won’t curl into a ball,” she says. Housemade cashew cheese serves as the creamy component, and flax meal is used to hold it all together as a nutrient-dense adhesive. From there, she forms the mixture into balls, freezes them, dips them into Buffalo sauce and panko crumbs, then bakes them until firm and crispy on the outside but with a moist center.

Since Counter Culture doesn’t deep fry, the crispy texture comes from oven baking. They are served with a housemade ranch sauce made with a tofu mayonnaise base spiked with herbs and apple cider vinegar to give it a tang.

Davis has since played with specials like a pasta-meets-nachos loaded mac and cheese with salsa, pickled jalapeños, tempeh crumbles and tortilla scoops that performed well during Austin’s South by Southwest festival. “Anything with mac and cheese does well,” she says.

Mac and cheese serves up a great platform for innovation: It’s familiar and beloved, with a built-in craveability that’s hard to beat. The opportunity lies, as always, with flavor—complexity, creativity and intriguing combinations.

Easy to pop into your mouth, the muffins at Craft F&B in Houston are stuffed with mac and cheese made of cavatappi and bacon.

Sassafras American Eatery, with three locations in Colorado, puts a breakfast spin on mac and cheese with grit croutons, bacon and an over-easy egg.

Hyde Park Bar & Grill in Austin, Texas, uses macaroni as a canvas for nachos, studded with tangy, pickled, stewed peppers, layered with shredded slow-roasted pork shoulder and topped with a soft-boiled egg and sprinkle of cilantro.

The Ainsworth, in New York and New Jersey, builds its Mac & Cheese Burger with a panko-crusted mac-and-cheese patty, beef patty, and a layer of creamy mac and cheese. 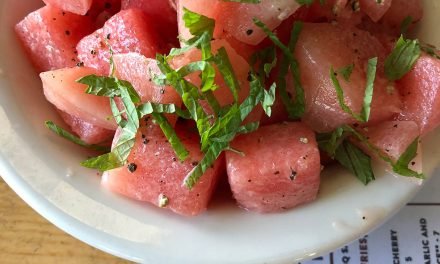 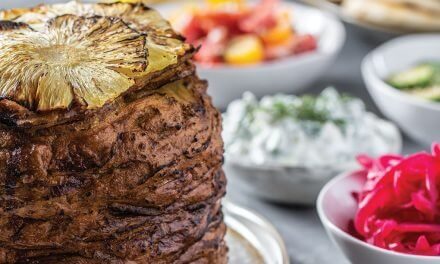 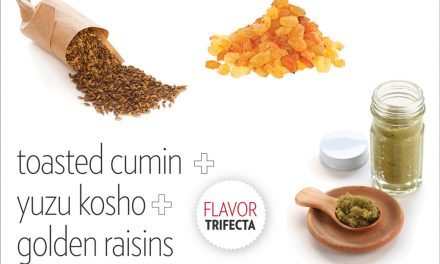 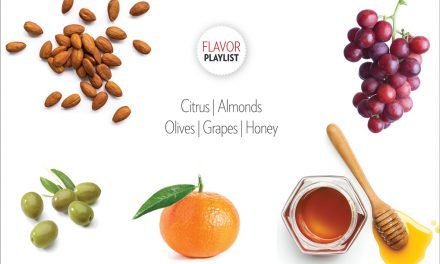