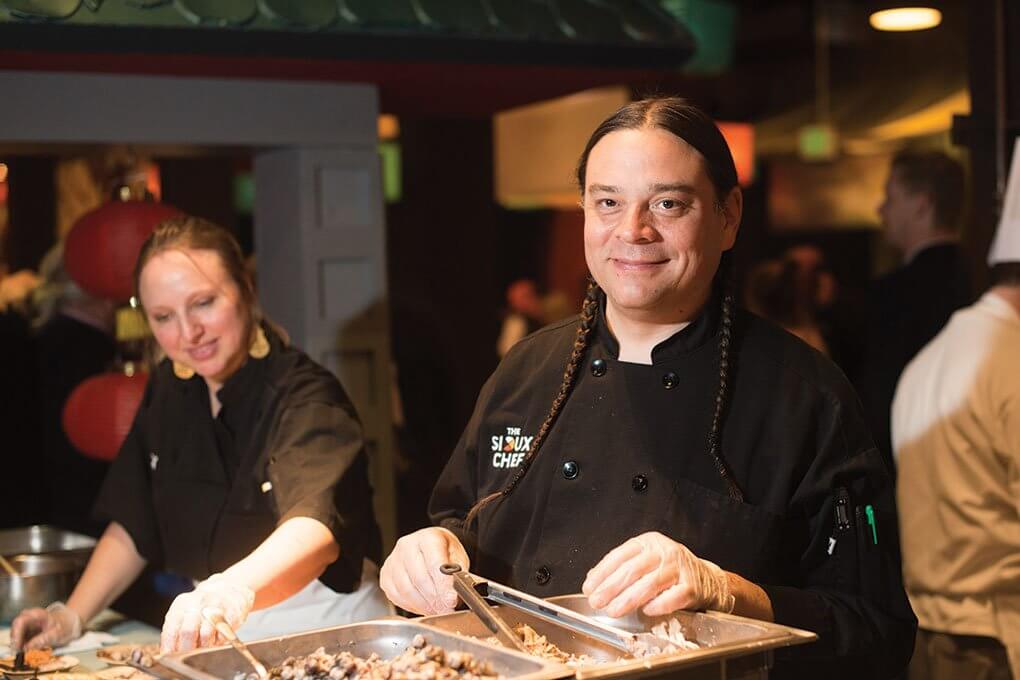 SEAN SHERMAN, CHEF/FOUNDER OF THE SIOUX CHEF, EXPLORES THE POWER OF PLANT KNOWLEDGE, DRAWING FROM THE PAST FOR MODERN MENU IDEATION.
PHOTO CREDIT: CIA Leadership Programs

With so much focus on the global mash-up—and with evidence across menus that its proliferation is in full swing—it’s important to peer around the next corner, seek out the next global flavor frontier. Gerry Ludwig, corporate consulting chef, Gordon Food Service, is an expert at ferreting out menu opportunities. Here are a number of his observations, all gleaned from The Culinary Institute of America’s recent Worlds of Flavor conference at its St. Helena, Calif., campus.

“The variety of flavors and textures in the dishes that were demonstrated and sampled was striking—some rich and indulgent, some spicily exotic, others simply comforting—but all prompted attendees to begin discussing ways that these foods and flavors could be incorporated into today’s menus,” he says.

Sherman sheds a light on the “power of plant knowledge,” which his ancestors used to forage flavorful herbs and seasonings for their cooking, including wild bergamot, sage, cedar, juniper, sumac, mustard and rose hip. Native culinary techniques also offer menu potential, such as drying and milling native vegetables, including pumpkin, yuca and sunchokes, and drying meats and chopping them with berries to create pemmican.

“So, is it possible that the foods of this ancient and nearly lost culture could become a cuisine of the future? It’s fairly safe to say that its attributes—which include compelling flavors and textures, unique ingredients, freshness, sustainability and healthy nutritional profiles—match up well with the demands of today’s dining consumer,” says Ludwig.

Just when you think we’ve discovered all that is to be discovered, there’s always a “new” ingredient or flavor promising menu differentiation. Ludwig calls out three leading-edge ingredients, showcased at the CIA’s Worlds of Flavor conference.

Read more of Gerry Ludwig’s recap and insights from the CIA’s 2018 Worlds of Flavor conference.