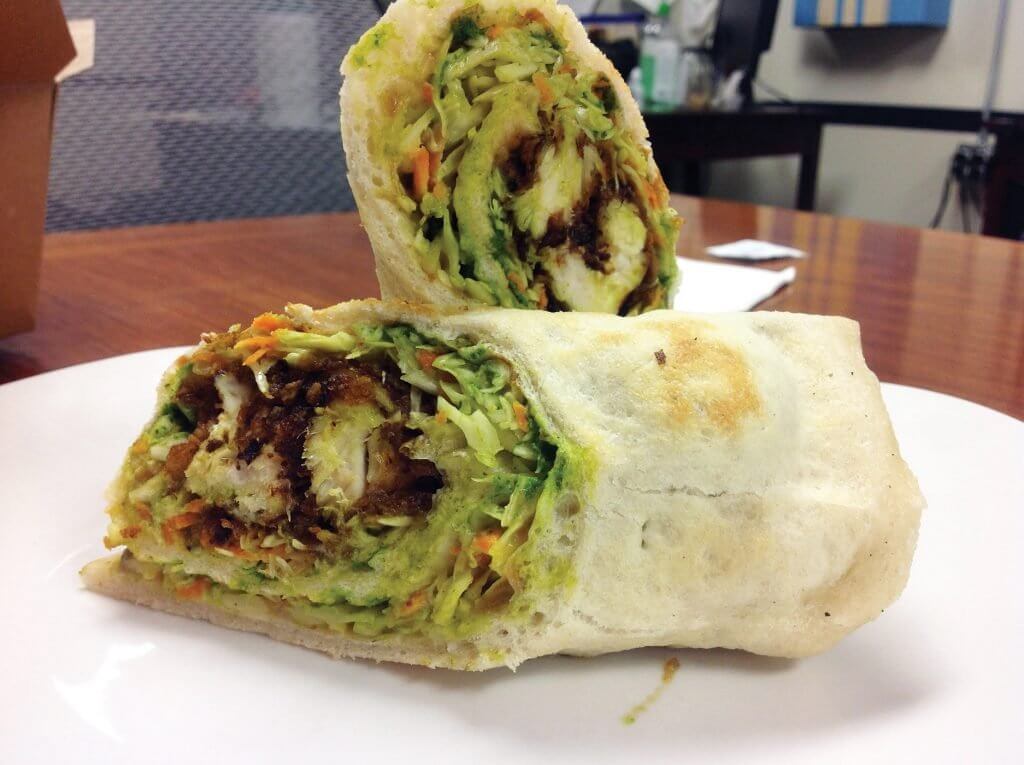 Take a traditional New England fish sandwich and add Indian-inspired innovation—that describes Fire’s unique Masala Fish Sandwich. For the build, fresh New England pollock is marinated in buttermilk and lemon zest, then dredged in flour and masala spices, and fried in canola oil. Instead of a traditional bun, the fish is placed on Indian naan bread, baked in Fire’s tandoori oven. Arugula, cilantro-mint chutney and tamarind-date chutney add flavorful layers, and coleslaw adds crunch before it’s all rolled up in the naan. The resulting “sandwich” is served with a garlicky pickle and herbed fries. “The sweetness of the dates and tamarind, and the earthiness of the cumin in the chutney contrast the cooling effect of the cilantro-mint chutney,” says Douglas Katz, Chef/Owner. Serrano chiles in the cilantro-mint chutney spice things up. “It’s been a surprising hit among our guests for our Saturday and Sunday brunch,” he notes. “Who would have ever known Indian flavors would go so well with a New England classic?”