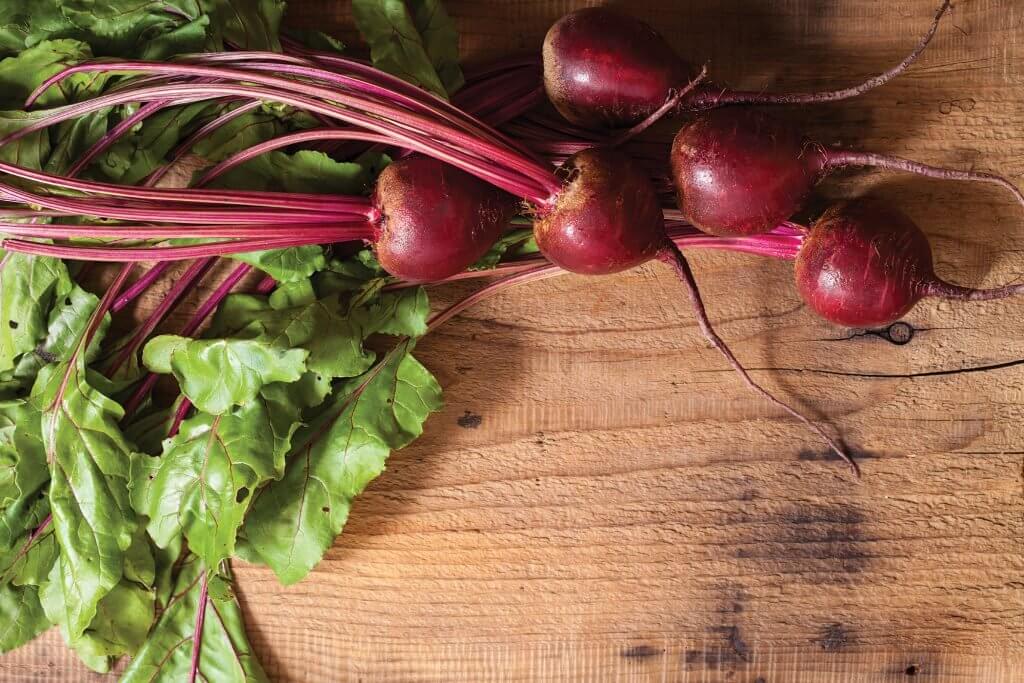 Earthy beets and grassy goat cheese have long been dancing partners. But for Executive Chef Paul Adams and the Hawkshead culinary team, beets called for further flavor exploration. “I like the floral essence of rosewater, combined with the earthiness of beets. The way they work together is amazing. It’s a hard flavor to describe, but together, they’re harmonious,” he says. “It’s one of those discoveries that after I tasted it for the first time, it really struck me as an incredible flavor combination worth experimenting with.”

His first play with beets, goat cheese and rosewater took the form of a salad: roasted beets, kale, quinoa, honey and goat cheese, finished with rosewater candy. “For the candy, I made little rose rock candies using a rosewater simple syrup and reducing it to a rock candy state,” says Adams. “I sprinkled that over the salad and then dressed it with a black walnut vinaigrette and Tuscan herb oil.”

After that initial spark, he and his team starting thinking about other ways to showcase those flavors, maybe adding pork into the mix. He cooked pork belly low and slow, seasoning it with ash. “For the ash, we take our vegetable scraps and put them in the oven for about 14 hours at 200 degrees until they’re dried, then pulverize them into dust and mix it with black pepper,” says Adams. He takes the leftover ash seasoning, adds salt, pepper and water, and cooks it down to ash again. “They make nice, savory crumbles that we put on the plate.” The beet and roses component of this dish sees roasted beets puréed with rosewater, sugar, balsamic vinegar and yogurt. Honey goat cheese, fried jowl bacon, chive-oiled nasturtium and red sorrel round out the plate.

Adams likes to stretch the boundaries with unique flavor pairings like beets and rosewater. “I think a beet and rose sorbet would be great,” he says, “or candied beets with a chocolate rose cake.”