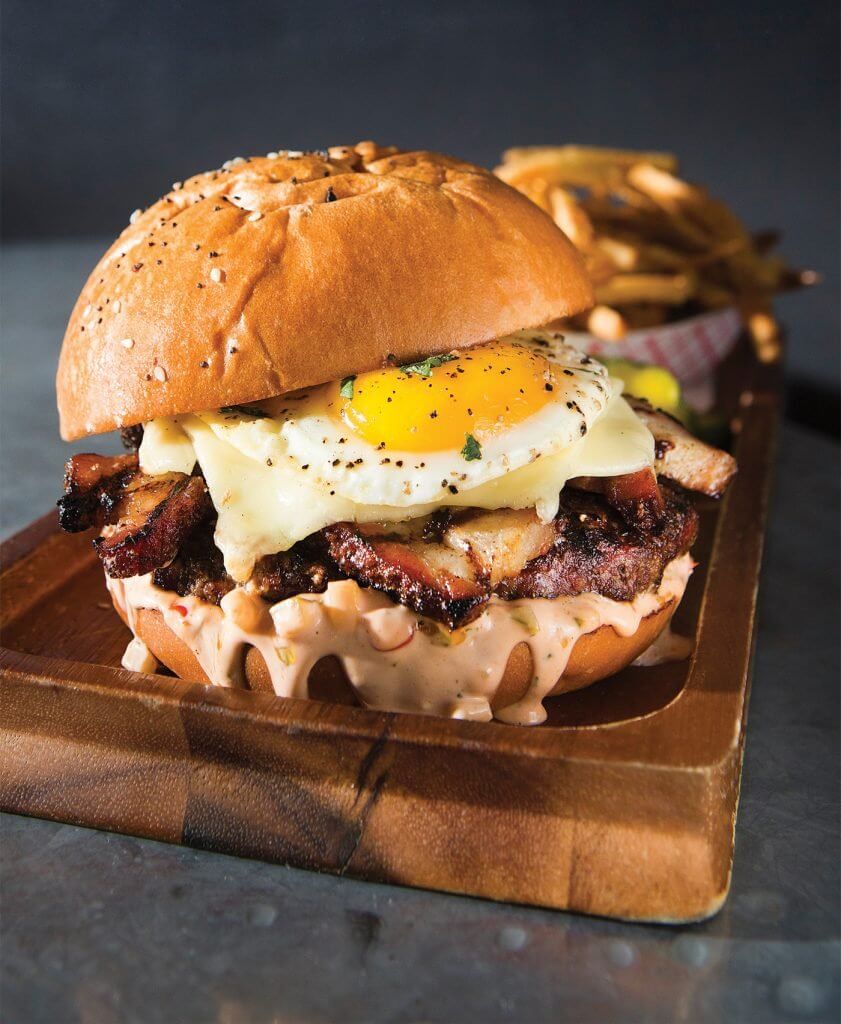 No holding back—that’s the philosophy that made the Pub Burger the “best burger in Pennsylvania,” according to Thrillist. The burger starts with a patty that’s 80/20 chuck and brisket. “It’s fatty and beefy. The flavor starts there,” says Richard DeShantz, Chef/Owner of Meat & Potatoes. “We add to that by getting a great crust on the burger and adding a nice, deeply charred flavor.” Pastrami pork belly is the next layer, seasoned with coriander and black pepper and smoked. Horseradish cheddar adds a bite, while special sauce and pickles bring spice and brininess. Another layer of richness comes from a fried egg, and it’s all sandwiched between a housemade challah bun.