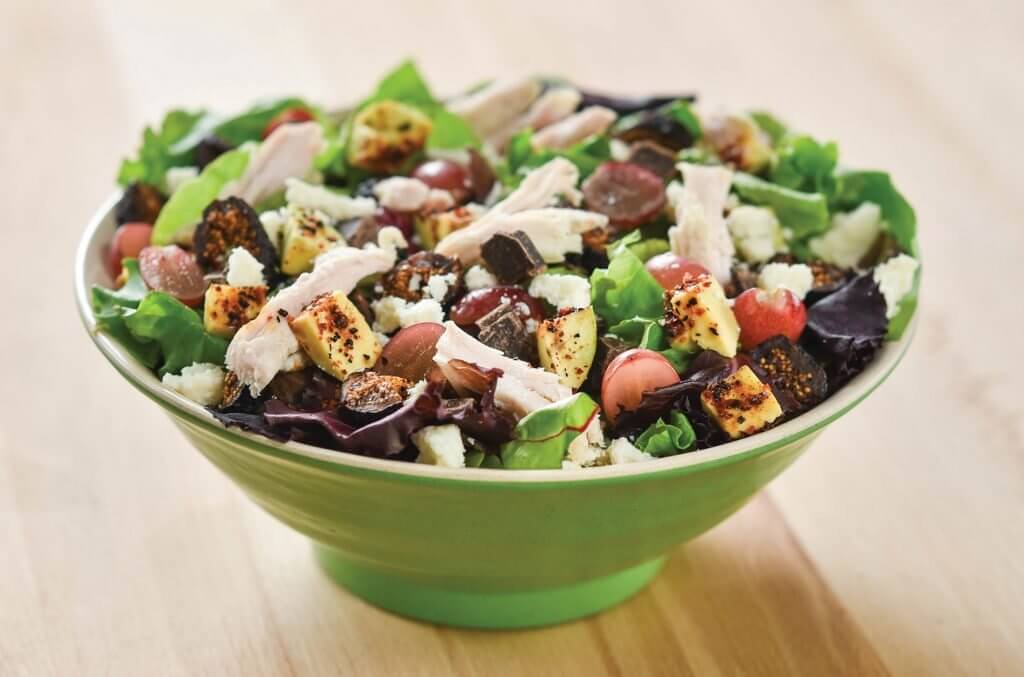 Chocolate can lend a complexity to savory dishes, but for Mad Greens, it became the flavor star in a surprising LTO application. “The initial idea was to try and make a salad with an unusual ingredient or two,” says Dan Long, Mad Greens’ Co-founder and Chief Culinary Innovator. “I settled on chocolate because it has a long history of being used in savory dishes, like moles, but is not seen in many common dishes.” The Soleri Salad is a unique blend of baby greens, figs, red grapes, Cotija cheese, slow-roasted chicken, unsweetened chocolate, and Mad Spice-seasoned avocado (Mad Spice is a house blend of spices, chile peppers, sea salt and chocolate extract). A housemade Tabasco Prickly Pear Vinaigrette finishes the salad.

“Using our new Mad Spice avocado as a counterpoint to the chocolate seemed like a great idea, and once I tasted the combo I knew it would work,” says Long. He added figs for sweetness, earthiness and umami, and grapes for the sweetness and moisture. The Cotija cheese brings umami and saltiness. “The dressing was chosen with the idea that the classic pairing of sweet and spicy is never a bad thing,” he adds. “The chocolate works by adding a bitter element to the mix, balanced by the sweet, spicy and umami flavors.” It took some testing for Long to settle on 80-percent cocoa for the right balance.

“One of the best things about this salad was watching those who were initially skeptical of the idea of chocolate in a salad try it and realize how much they enjoyed the combination,” he says. The Soleri Salad was a runaway LTO, and guests have requested that it be added to the permanent menu.