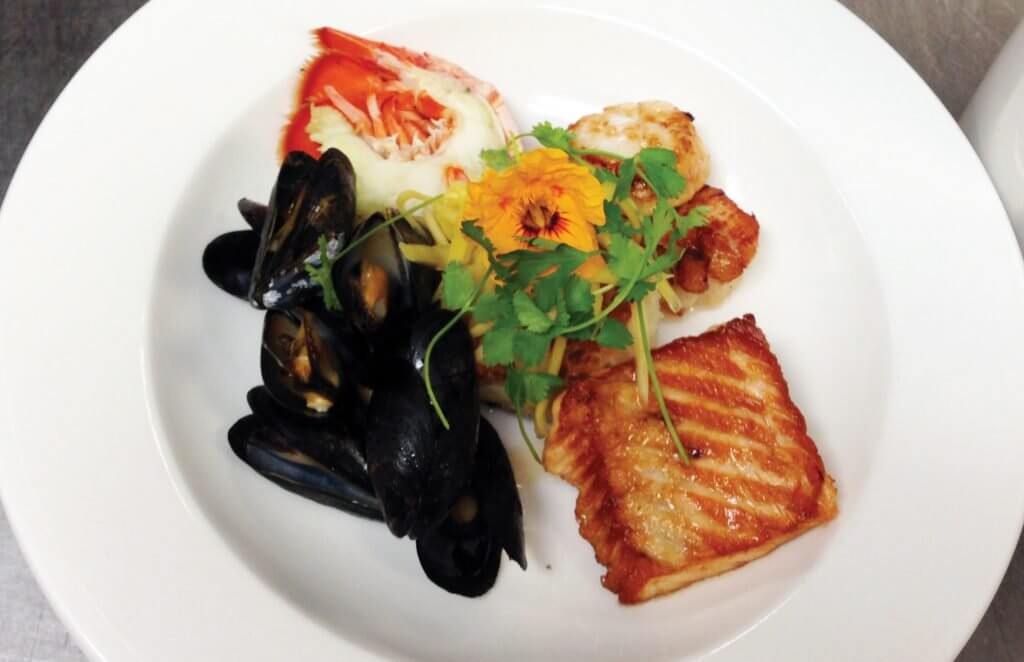 At a coastal resort known for its culinary edge, the expectation for quality, flavor-forward seafood offerings is pretty high. “We started this dish as a discussion of flavorful curries and chutneys that we loved from India and Asia,” says Harraseeket Inn’s Executive Chef Troy Mains, describing the base of what would become a seafood medley of salmon, scallops, mussels and lobster. Chef de Cuisine Kevin Cagney had been playing with the flavor components, experimenting with a green curry base that had kaffir lime leaves, coconut milk and fish sauce. “I wanted more of a sea flavor so we added a bag of mussels to the broth, let them open and simmer, then strained them out,” he says. “It was a revelation—a hot, savory curry sauce with elements from Asia and India.” For a starch, Mains was leaning toward a coconut basmati, but took a different tack and used sushi rice, forming it into a rice cake, searing it in sesame oil, then finishing it in the oven. “It was the crisp and delicate starch component we were looking for, so we decided to steam it with ginger, toasted coconut and a little coconut milk,” he says. “This was our No. 1 seller last summer and has become a guest favorite.”