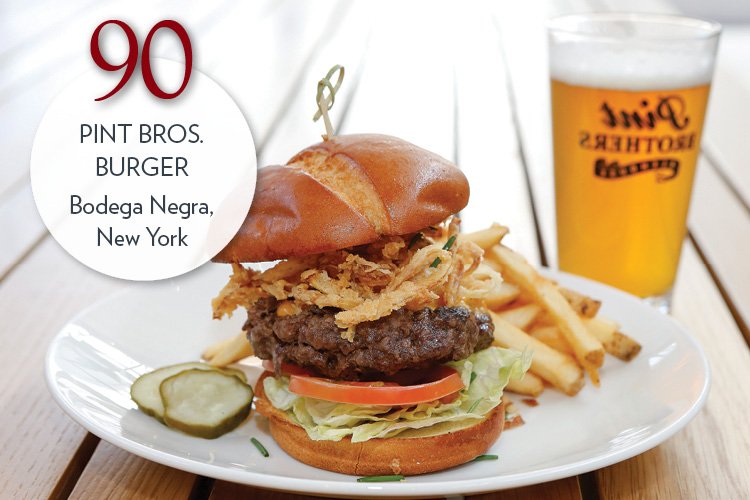 With a casual, eclectic brewhouse menu, Pint Brothers Alehouse offers up six different burgers. The Pint Bros. Burger is a top seller, standing out with deep, satisfying flavor and signature toppings. “To start, the burger itself is a blend of beef shank and chuck, so the meat has a rich, beefy flavor,” says Michael Carr-Turnbough, VP of Culinary Operations at Sage Restaurant Group, the parent company of this craft beer-centric concept. “The beer cheese is a blend of sharp cheddar, Coors beer, fresh garlic and spices that adds not only that delicious sharp cheddar flavor, but also some subtle, not-to-be-expected flavors. And the crunchy angel-hair onion rings and chopped chives add a few more levels of flavor and a crispy element to the burger.”

The sum of its parts makes it a winning cheeseburger—one that’s particularly well paired with a crisp, cold beer. “The layers of flavor are more complex than you would imagine—without adulterating the beef patty itself,” he says. “I believe the special blend of beef shank meat in the burger and the intense flavors incorporated into the beer cheese elevate the burger to be a lot more than your average cheeseburger.”

The components are also worthy of further attention. Carr-Turnbough says that the beer cheese and crispy onions will “in all likelihood find a place on the menu in new presentations—possibly a crispy onion loaf or sliders with beer-cheese fondue.”

Raising the Steaks Best of Flavor 2017