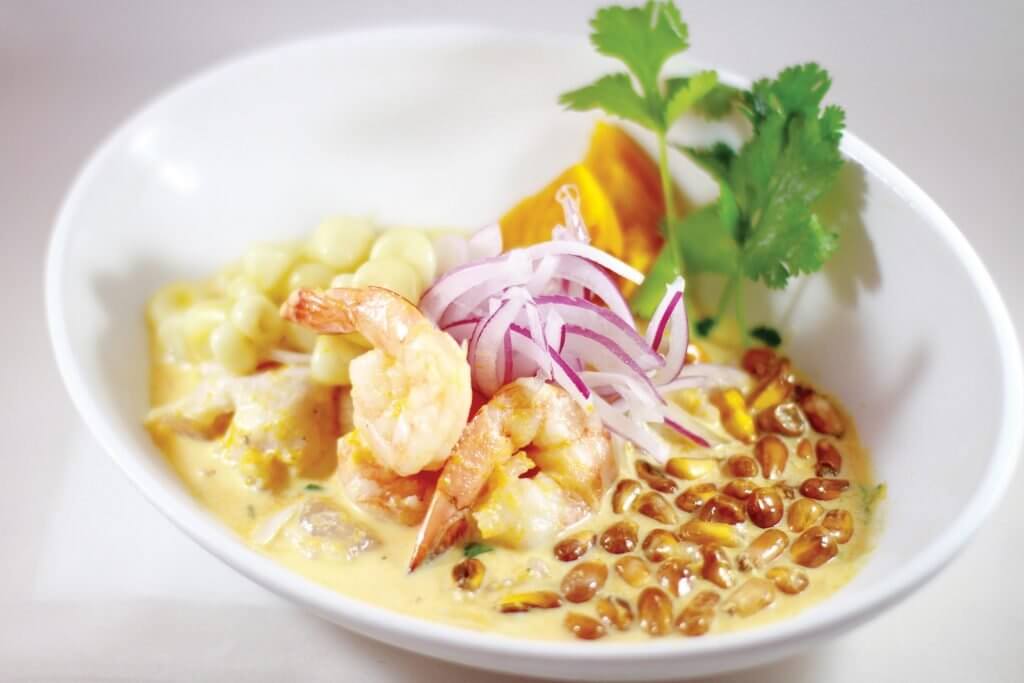 Just a few months after opening one of the four SuViche locations in Florida, the pressure was on. “In a packed restaurant, and still being rookies, we had a line of tickets coming in—they were all ceviches,” says Jaime Pesaque, Executive Chef. “As we scrambled to prep these quickly in a tiny kitchen, one of the cooks poured the wrong sauce on one of the ceviches. I noticed the mistake and set the dish aside as we continued to push out food as quickly as we could. When it finally slowed down, I looked at the ‘mistake’ that was made and tried a spoonful. I then looked at the team with a big smile on my face. The result turned out to be incredible, and the SuVama Ceviche was born.”

The ceviche stars the signature leche de tigre, a Peruvian marinade of lime juice, onion, cilantro, aji amarillo chile and fish juice. “The cancha corn, the marinated choclo [corn] and camote [sweet potato] add a level of texture and sweetness perfectly balanced by the thinly sliced chilled red onions on top,” says Pesaque. “I believe the success of this dish comes from the fact that it’s approachable for those who may not be familiar with ceviche, and its light and creamy flavor profile is very popular with our guests.” Because of its overwhelming success, he’s created a spin-off: shots of SuVama. “It’s mostly the sauce with a couple of small pieces of fish, cancha and thinly sliced red onion as a garnish,” he explains. A perfect fit for a bar-bite ceviche.