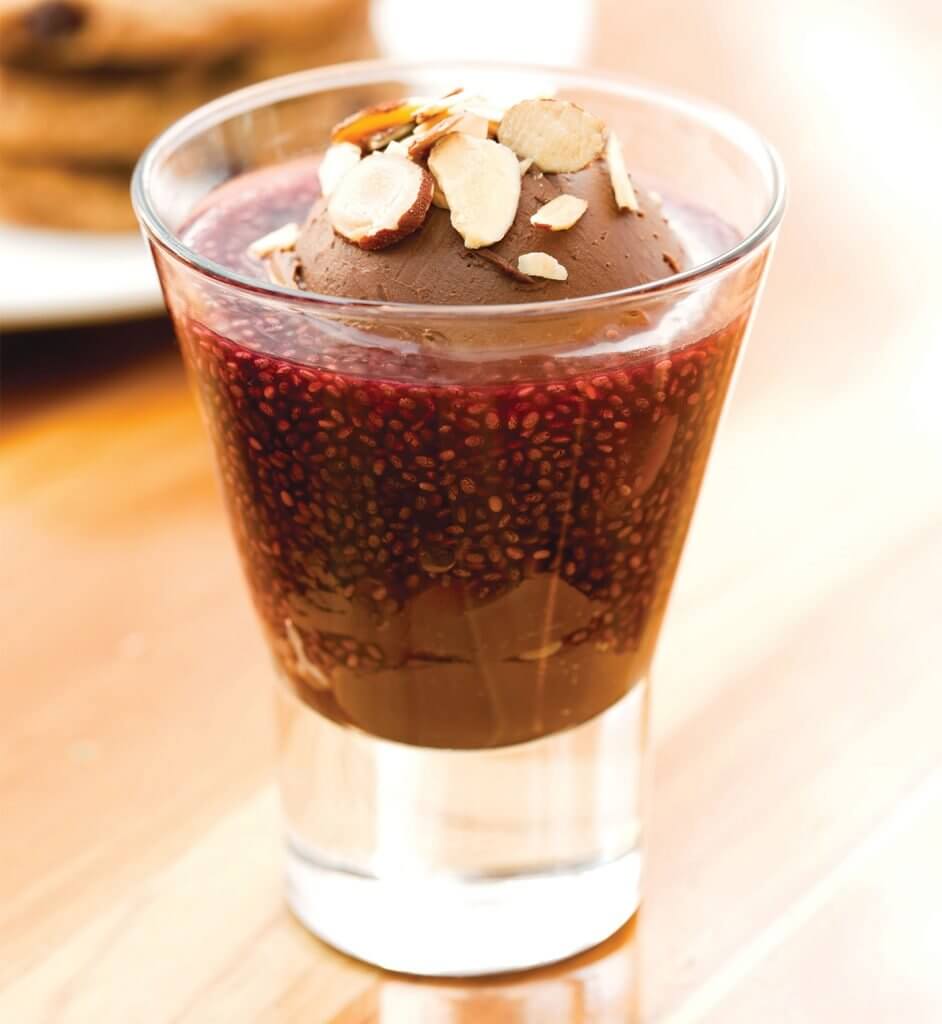 With the Chocolate Budino, LYFE Kitchen seems to have grasped the brass ring: creating a signature dessert that nails the feel-good, better-for-you vibe. It continues its reign as a bestseller for the fast-casual concept, which serves up mindful eating in creative flavors and forms. “Once a guest tries our budino, they’re hooked,” says Faye Greenberg, Director of Culinary.

This version of the creamy Italian pudding is packed with health positives. Deriving its richness from coconut milk, LYFE Kitchen’s budino boasts semi-sweet chocolate, agave nectar and pure vanilla extract. Adding to the dessert’s superfood status? The scoop of pudding sits atop a pomegranate-chia base and is finished with toasted sliced almonds. “We created an indulgent dessert that has only 206 calories. The combination of the tart-yet-sweet pomegranate-chia with the velvety-rich, creamy, ganache-like texture of the chocolate budino, finished with the almond crunch, delivers all of the notes that make up a craveable dessert worth coming back for,” says Greenberg.