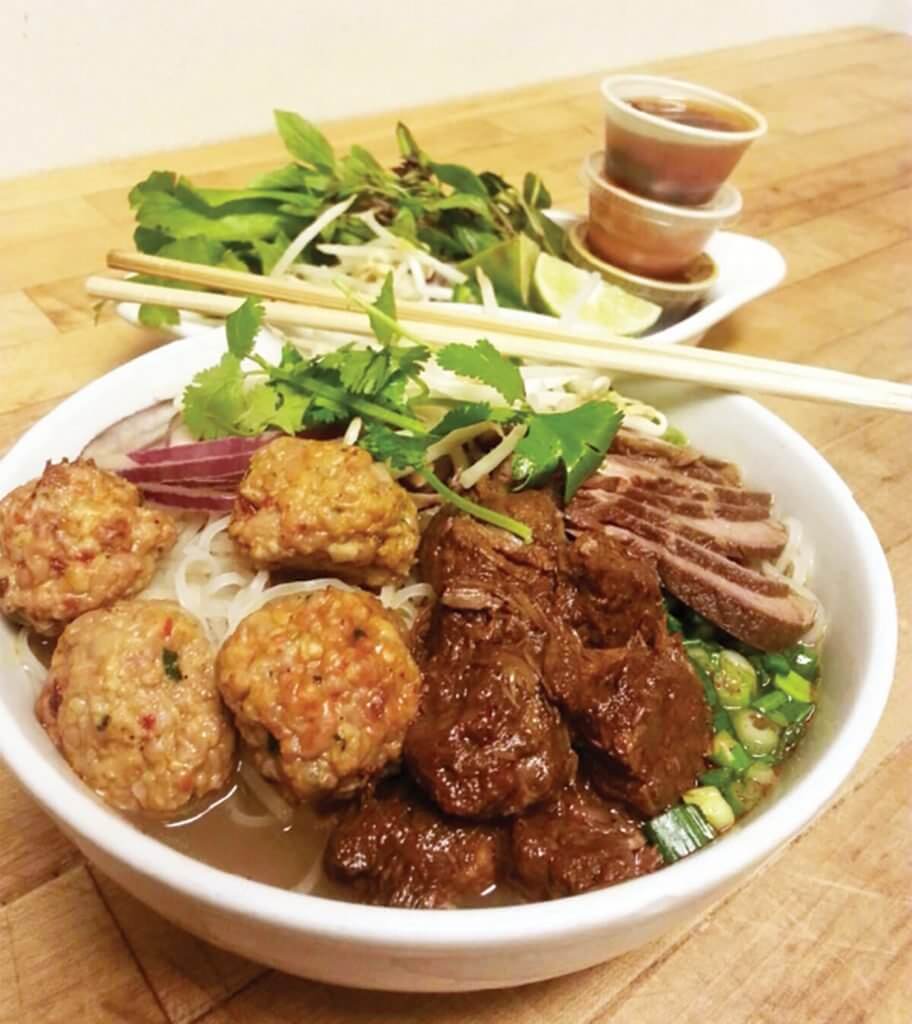 As a menu item, pho has picked up steam, making it ripe for signature tweaks. With Millennials largely driving interest, it makes sense that there’s some play around pho in the gastropub world, which has embraced global mash-ups beautifully.

Victor Lopez, Chef at the Long Beach location of The Federal Bar, started playing with pho, looking to add it as a special. “The pho idea had been brewing in the back of my mind for awhile, so the first night we introduced it, we served it as traditional, just to test its success,” he says. But by the second evening, Lopez was eager to start innovating. For him, one of the factors driving innovation was the desire for menu distinction. “The fact that you can get pho a mile in every direction, I knew there needed to be something different.” Lopez created a version featuring a peanut-chile sauce and replaced meatballs with shrimp. “It was good, but not quite there yet,” he says.

A few days later, he was working on a beef chile Colorado for the brunch menu when a lightbulb came on. Now a fixture on the regular menu, the Pho Sho sees rice noodles, bean sprouts, jalapeño, Thai basil, cilantro, spicy chicken meatballs, chile Colorado and peanut-chile sauce in a beef broth. “Patrons understand that we are not a pho establishment, so they expect a creative flair,” he says. “The dish successfully delivers this.”