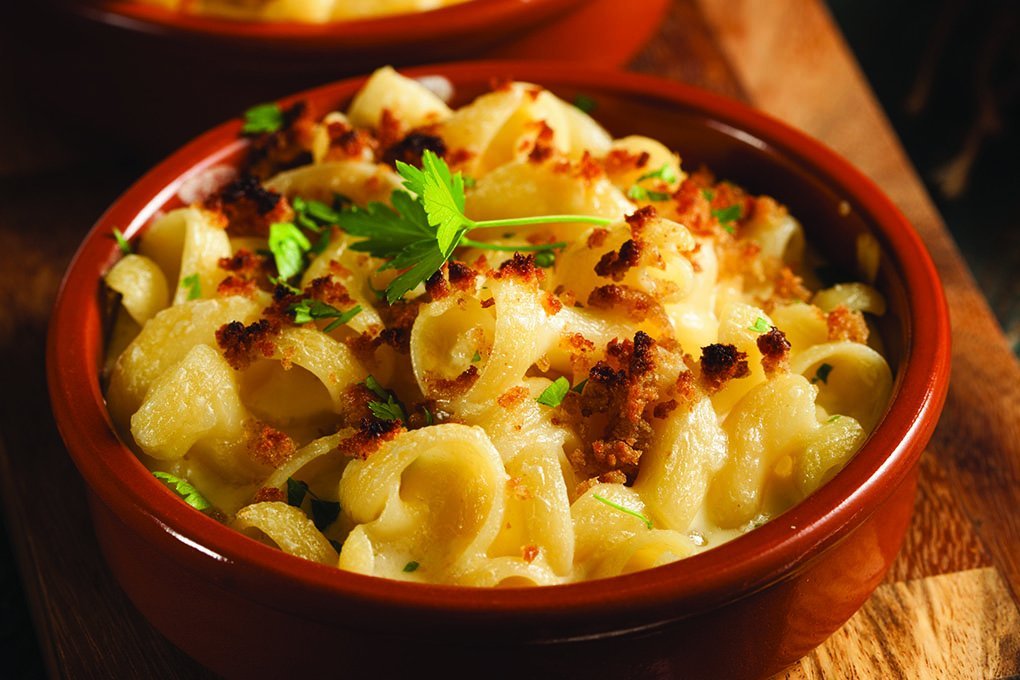 Menus will always be one of the greatest marketing tools for restaurants, but just as restaurant offerings have evolved over the years, so has the language used to describe them.

In the 1960s and earlier, menu descriptions focused on the most basic of elements: what the item was and how much it cost. Now, operators are faced with a challenge unique to our times. Descriptions need to reflect values as much as flavors.

Operators are faced with complex decisions around menu language, trying to reflect everything consumers want to know about an item. As consumer preferences and value systems continue to advance and expand, it’s crucial to keep menu language relevant and enticing, making it a true ambassador for the restaurant brand. 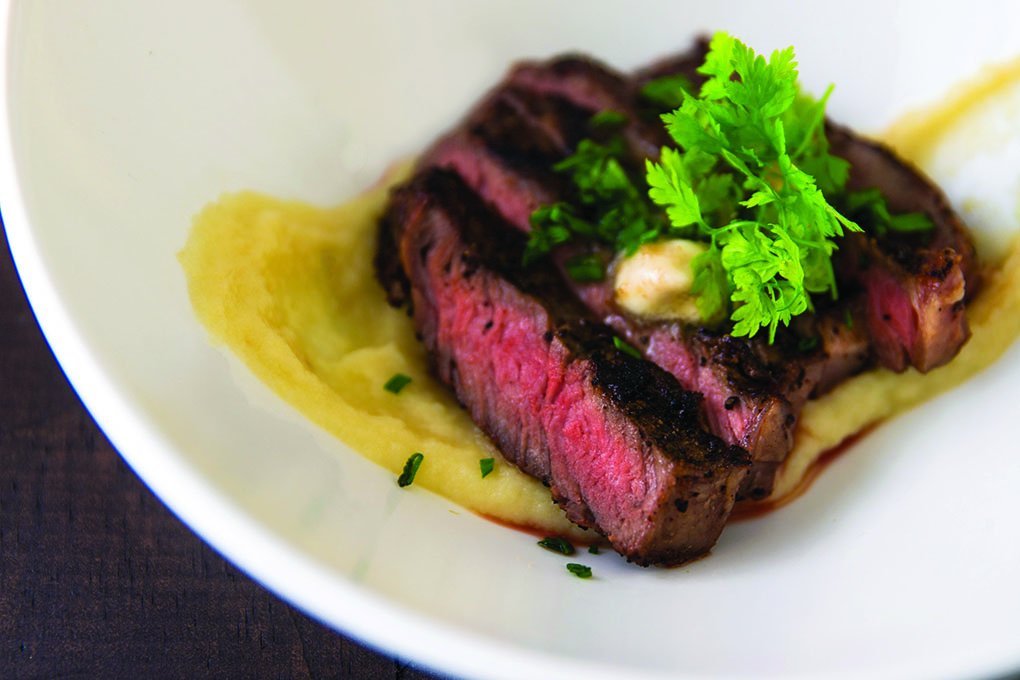 The Way We Were

Over the past few decades, consumers became more restaurant savvy, driven largely by the increased affordability of dining out as well as a greater level of confidence in the value of the restaurant experience. The desire to understand more about what was ordered changed the way operators approached menu descriptions. Slowly but surely, menus began to incorporate more information.

At first, menus focused on descriptors that signal quality cues. These cues were meant to provide increased comfort, confidence and heightened appeal.

Operators began using adjectives such as “moist,” “tender,” “perfect,” “delicious,” “tasty” and the like. While these did the job of making a dish appealing, and they served menus well for that particular era in foodservice, they provided little by way of flavor cues, ingredient transparency and preparation information.

More informative cues came in the next wave, responding to diners who were dialed into magazines, television shows and other mediums that educated consumers. Diners were no longer interested in vague descriptors; they wanted more detail. The increased breadth of details included in menu descriptions at this point helped to usher in the era of the food trend.

Without calling out ingredients, would sun-dried tomatoes have become so hot in the late 1990s? Probably not, because without being able to showcase ingredients, there would have been no way for kale and its predecessors to become so impactful in such a short period of time. Of course, this has only been facilitated by Millennial food culture, the internet and social media. 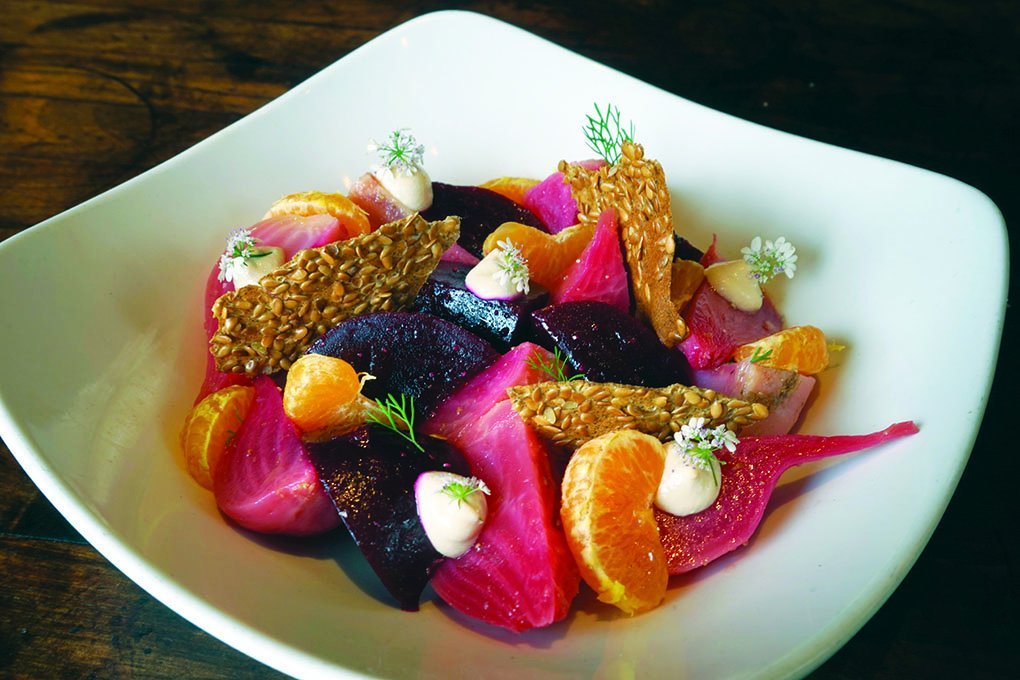 M.B. Post in Manhattan Beach, Calif., uses menu language that highlights evocative culinary techniques. These baby beets are described on the menu as “roasted over coals.”

Filling Up the Space

What came next? Providing preparation technique and ingredient information is table stakes. Consumers now want far more background and transparency on the menu. In the 2010s, the need to identify sources—particularly local—increased.

The focus shifted from basic ingredient information to information that could impact a consumer’s emotional and moral reaction to a dish—as well as their perception of quality, value and health. Terms including “locally sourced,” “organic,” “all-natural” and “sustainable” appeared, lengthening menu descriptions.

That progression has led us to “clean labels,” which are no longer just a retail concern but a driving force and philosophy behind many forward-looking chains.

Suddenly, operators were pressed further for menu and menu-board real estate. How do you include more information for each menu item without running out of precious space?

Operators were now creating separate boards or menu pages to provide general details such as farms and purveyors from which ingredients were sourced. Mission statements appeared to provide context and background to the menu choices made. Limited-time offers gave operators—particularly those still using only basic menu descriptions (largely in the quick-service segment)—the chance to showcase more trend-forward culinary know-how and innovation through detailed descriptions.

So where are we headed? With the growth of detail and transparency, descriptions have only become longer and more involved, further pressing the space issue. On top of ethical descriptors, preparations, ingredients and sourcing, consumers want to understand a host of other issues: provenance, varietal, health benefit, nutrient density and more.

Some consumers might assume that items offered by an operator were created by that operator, but knowledgeable foodservice consumers don’t make that assumption. That’s why descriptors referencing skill and scale, such as “craft,” “small batch” and “artisan” are used far more often now.

Consumers in the ’60s couldn’t have imagined that menu descriptions in a few types of outlets—mostly health-leaning fast casuals and quick-serve smoothie shops today—would someday tell a consumer whether an item would be good for sustaining energy, increasing mental clarity or boosting moods.

For these descriptions, the industry has only begun to scratch the surface. When these hit casual dining, they’re likely to look different, but the direction is clear: The language around functional foods and nutrient-dense calories is becoming a factor when describing menu options.

The term “food with a story” means more than just the text one sees on retail products—it’s about the stories operators need to tell through their menu descriptions.

Menus, in effect, are no longer about providing information; they’re about setting expectations for the dining experience. Menu descriptions are expected to be engaging, authentic, honest and informative.

When used well, they can drive value perceptions and aid operators in achieving higher price points for items that, without these detailed descriptions, might not have been perceived as worth the extra spend. 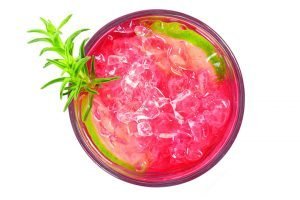 Menu descriptions that convey authenticity in ingredients and builds are becoming more important on beverage menus as well.

Menu descriptors come in and out of vogue to reflect what consumers want and expect from restaurants. Here are percentages that reflect a four-year change in penetration across all segments, courtesy of Datassential’s MenuTrends. 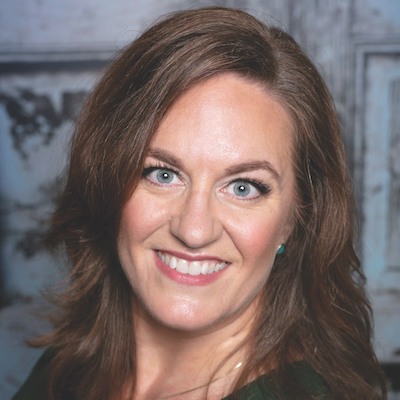 MAEVE WEBSTER is a leading consultant and thought leader for foodservice manufacturers, operators and other professionals. She has spearheaded hundreds of major industry studies during her 20-plus years as a foodservice specialist. Today, Maeve focuses her consultancy on helping manufacturers, operators, commodity boards and marketing firms understand, prioritize and leverage food and consumer trends. Key areas of focus include consumer behavior, trend analysis, product design/testing and menu optimization. Maeve specializes in helping her clients not just to understand data but to also pull out the most critical threads and stories within the data that can inform both tactical and strategic decision-making. In addition to running her Menu Matters consultancy, Maeve owned and operated a café in Bennington, Vt., for four years. It was awarded “best coffeehouse” in Bennington each of the years it was in operation. She has an MBA from the University of Illinois Chicago and a culinary degree from Le Cordon Bleu in Chicago. She is a regular speaker at industry events and a contributor to major media outlets and industry publications, including Flavor & The Menu.