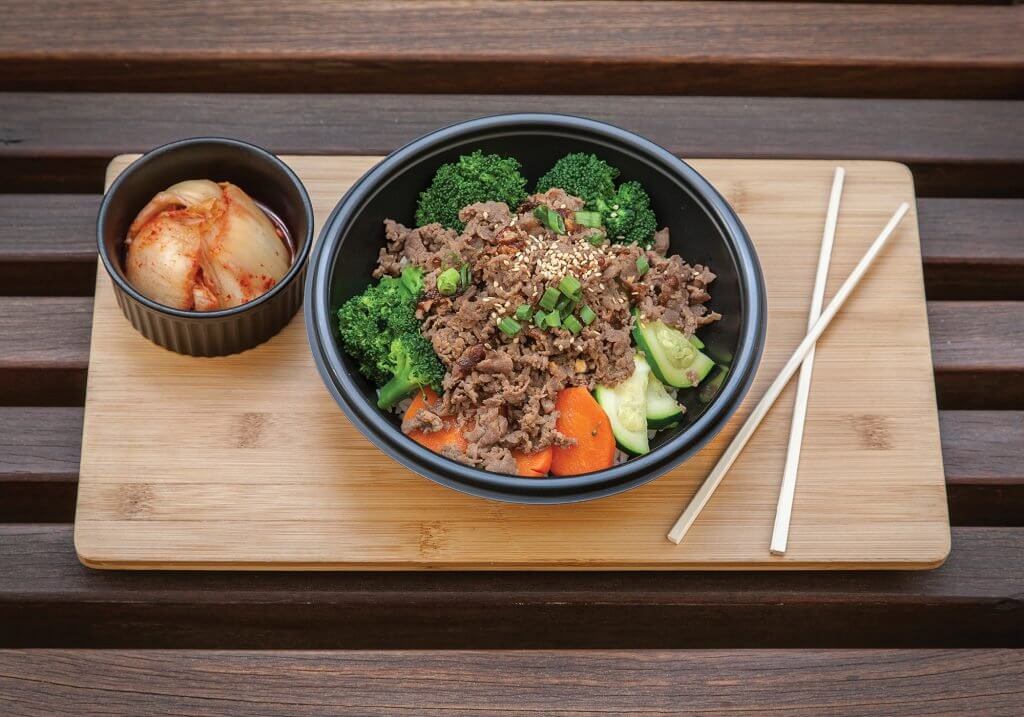 Korea’s bold flavors are leading the pack of new global cuisines that are finding a place on American menus. But usually the introduction is tentative: You might find a touch of gochujang in place of ketchup or kimchi instead of coleslaw. Not the case with the Bulgogi Dupbop served at Agua Caliente Casino Resort Spa’s Poker Deli, which caters to a range of diners—including Korean clientele. Executive Chef Mike Milligan collaborated with Korean Chef Kun Jun Bak to offer a dish that serves up authenticity in an accessible bowl build. “Dupbop means rice on the bottom with vegetables and beef on top, and the build represents a bit of a tower,” says Milligan, explaining that presentation is paramount with Korean food. He places rice in the bowl, adding sweetness and clarity with a little Korean plum extract, mirin, sesame oil and green onion. Vegetables are arranged with the broccoli crowns sticking up. Then bulgogi—the beloved Korean beef that is thinly sliced, marinated and grilled softly—is placed on top. It’s served with kimchi on the side. “The standard bearer of Korean fast food, this dish isn’t a new concept, but it is one that works perfectly to bring in another flavor option for a wide range of guests,” says Milligan. “It’s economical, wholesome, filling, and has so far been a runaway success.” 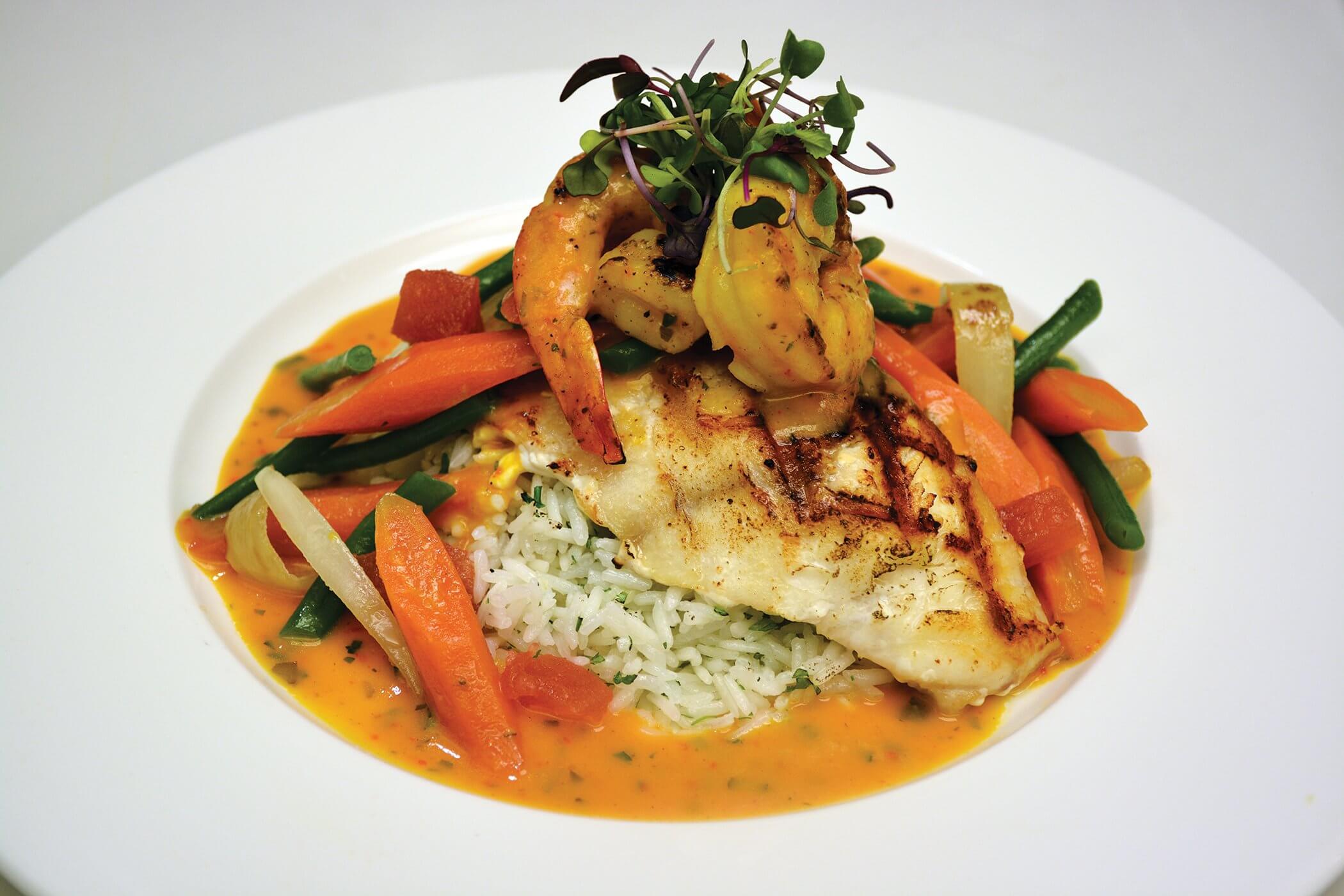