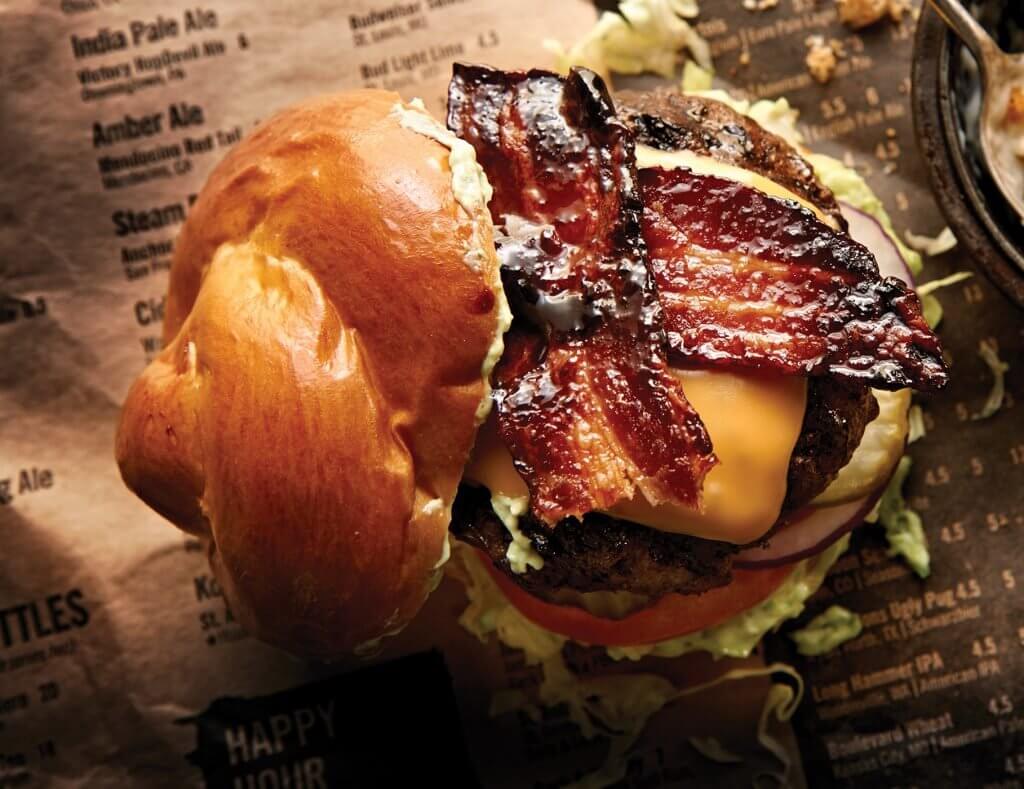 The Bison Burger was only going to run as a weekly special at Brick House Tavern + Tap, reports Tim Griffin, Director of Culinary Innovation. But its soaring popularity moved it into a menu mainstay. “Since adding it to the main menu, it has become our best-selling specialty burger, and with good reason,” he says. “Bison was an interesting choice for us because at the time, it was a new protein that was just starting to appear on restaurant menus. I wanted to use it in a creative yet approachable way by packing it full of bold flavors and fresh ingredients.”

The burger build starts with a hand-formed bison patty, then sees slab-cut candied bacon, cheddar cheese and a slather of jalapeño-cilantro mayo. It also gets the standard burger treatment of lettuce, tomato, pickle and red onion. “We add a bit of yogurt to the mayo, giving it a subtle tanginess,” says Griffin. “The fresh jalapeño and cilantro really lighten things up.” The patty is grilled over an open flame, locking in that charred flavor. “The success of the Bison Burger has shown us that our guests are eager to try unique items and different proteins, which, as a chef, is so exciting,” he says. “It’s inspired me to use ground bison in other dishes on our menu as well.” Those dishes include a brunch menu Bison Benedict, featuring a Southwest-style bison sausage. “I’m certain that bison will be used for continued development of our menu.”