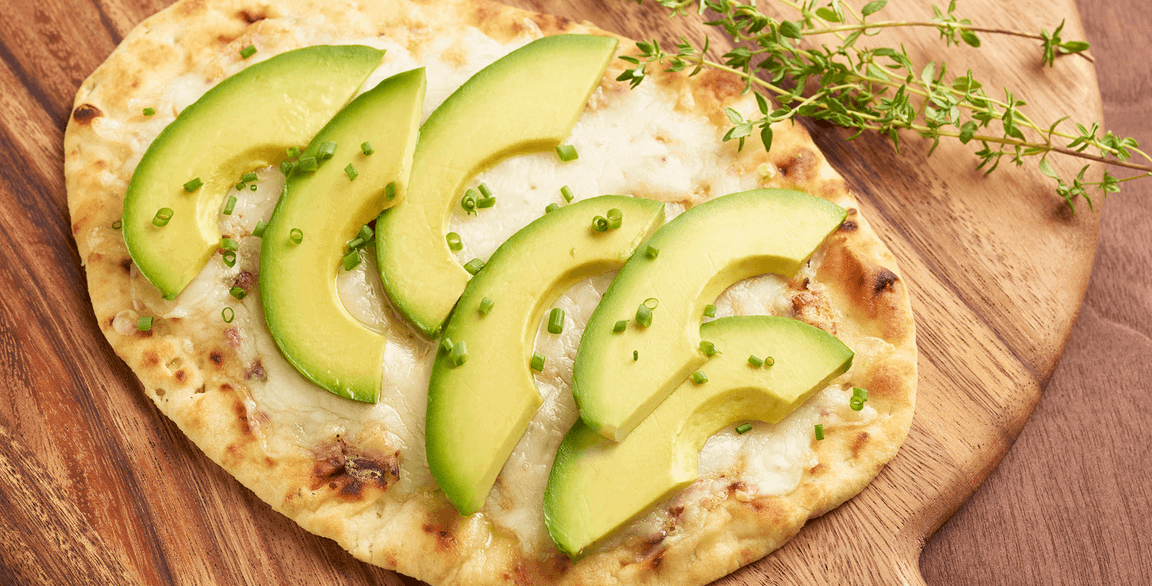 The California Avocado Commission collaborates with restaurant brands to ideate around ways to enhance quality and value using fresh avocados. Here, they provide an easy upgrade to a flatbread topped with mozzarella and bacon-garlic cream sauce.

The leadership team at Fresh Brothers, a pizza joint with 22 locations in and around Los Angeles, prides itself on being a little different. Since 2008, when founder Adam Goldberg and his wife Debbie took his family’s successful Chicago-style recipes to the West Coast, the concept has been leveraging California’s longstanding reputation for fresh, healthy cuisine. The result, “old-school pizza with upgraded nutrition,” has proven quite the hit, with Fresh Brothers taking ownership of an L.A.-style pizza that features such modern menu options as cauliflower crust, vegan cheese and proteins and, always, fresh produce. In 2021, they took the health imperative another step forward, launching an impressive lineup of salads, which also can be converted to flatbreads, further extending the menu.

Staying on the leading edge of menu innovation isn’t easy with just nine corporate employees, and Fresh Brothers understands the value of tapping external resources in collaborative culinary partnerships, rather than going it alone. The team is currently working with the California Avocado Commission (CAC) on developing new items that will feature avocados as a key ingredient in the concept’s locally grown, health-forward menu mix.

Corry Reid, VP of Marketing, had prior experience working with CAC at another brand and knew collaboration would be a good approach at Fresh Brothers. “We’re always looking for external culinary help; we just don’t have the resources,” she notes.

CAC’s menu ideation process hinges on thoughtful and detailed analysis of its partners’ operation, including current menu wins, existing SKUs, available equipment, the skill level of staff, general workflow and, of course, strategic goals. The Fresh Brothers team was entirely open about their thoughts. “We had considered the top trending ingredients presented at last year’s Flavor Experience,” says Reid. “We knew we wanted to be more inventive, rather than ubiquitous, with flavor profiles that are adventurous, giving our customers something really new.”

Reid and her colleagues identified charcuterie and Mexican comfort foods as two of the trends Fresh Brothers wanted to explore. “Let’s take these and bring them to life through pizza,” she says, adding that another goal was to expand the concept’s vegan line with signature items. CAC ideated and submitted a list of 20 options, which Fresh Brothers whittled down to six they wanted to move forward in an onsite tasting presentation from the CAC culinary team.

“Surprisingly, the dishes we liked the most were items that didn’t exactly match our strategic direction, but were ones they thought would be great for us,” Reid reports. Topping this list was an Avocado Toast Pizza, “which is perfect for brunch and would be a new daypart for us. It’s a menu item that fits our brand perfectly—and is knock-out delicious. We’re going to slate it for spring 2023.” And the concept now has additional options waiting in the wings: “Truthfully, we could do all six of the final ideas,” she adds. 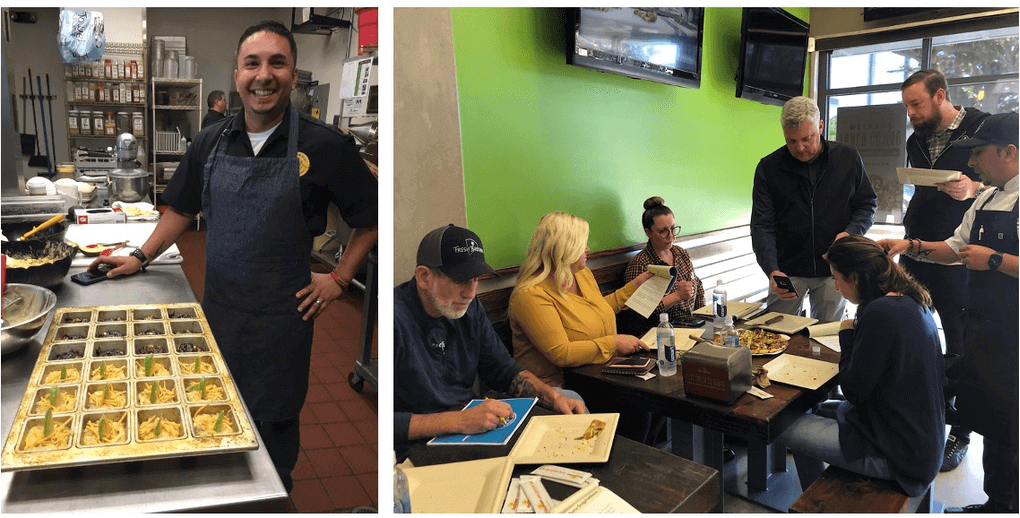 Reid is an enthusiastic evangelist for CAC’s process. “They went above and beyond our expectations, showing care and concern for our operation and our process,” she says. “They thought through everything: not only how we execute, but does the pizza travel well? Most people outside the pizza industry don’t necessarily take that into consideration. They asked about the skill level of the team and even offered great prep advice, such as things we could do differently with our signature dough. They knew all of the technical intricacies of the culinary process.”

CAC is one of several grower groups that offer a complimentary menu ideation program, but it earns praise from Tamra Scroggins, Director of Operations at Hart House, as being one of the best in the business. “I worked with CAC and other commissions when I worked at Sizzler and Grill Concepts,” says Scroggins. Although all those collaborations have been valuable, the CAC process stands out, she credits.

“Their chef really took time to study my menu, my pantry list, the equipment I had and what was over- and under-utilized. He toured one of the restaurants to see the operation in action to be sure new menu suggestions didn’t upset the entire process of the kitchen,” says Scroggins, noting that these are not necessarily standard practices. “Some commissions will simply send you a white paper of ideas that might work, and often they feature all these brand-new SKUs. I don’t want to bring in more SKUs; I want to use the 350 SKUs I already have!”

Scroggins and Reid acknowledge that operators need to be good partners to maximize the benefits of the experience. At Fresh Brothers, for example, several stakeholders, representing operations and culinary, were involved in the project, making for a dynamic process that led to enthusiastic buy-in for the resulting ideas.

“Take the time to make sure you have an updated pantry and equipment list. Be open about what you’re thinking about for next year, including LTOs that are already in the pipeline,” advises Scroggins. “It’s a lot easier if you do the work on the front end—you’ll get better ideas. It is well worth it, especially if you’re the only culinary person in the whole operation.”

But the benefits of this type of collaboration aren’t limited to smaller concepts. Scroggins can attest to their value in much larger chains. At Sizzler, she had a three-person culinary team, yet made regular use of free menu ideation from agricultural commissions. “You need a disrupter, someone to come in and say, ‘Have you thought of this?’ and your response is, ‘Huh. Why didn’t we think of this?’ You may not even know you’re stuck in a box, until someone with a fresh perspective throws new ideas at you,” she explains.

“I don’t know why anyone would hesitate in taking advantage of this opportunity,” says Reid. “It’s such a great collaborative process. CAC becomes an extension of your culinary team, bringing a fresh perspective about new opportunities. It expanded our mind even beyond avocados. Obviously, they will be the hero of these ideas, but CAC showed us our menu in a new and exciting way that we had not considered before.”

Complimentary partnership opportunities with CAC and other organizations aren’t limited to menu ideation. They might involve marketing and social media support or training videos for your team. They also help to expand your network. “I’ve developed relationships with chefs that work for more than one commission, and they now will just send me ideas on an ongoing basis,” says Scroggins. “The restaurant industry is great—we’re all trying to help each other. Chefs just want other chefs to succeed.”

It’s not too late to work with CAC on menu ideation that can help you leverage fresh, in-season avocados, whether as an LTO campaign or as a permanent menu option. Contact the California Avocado Commission today at [email protected].