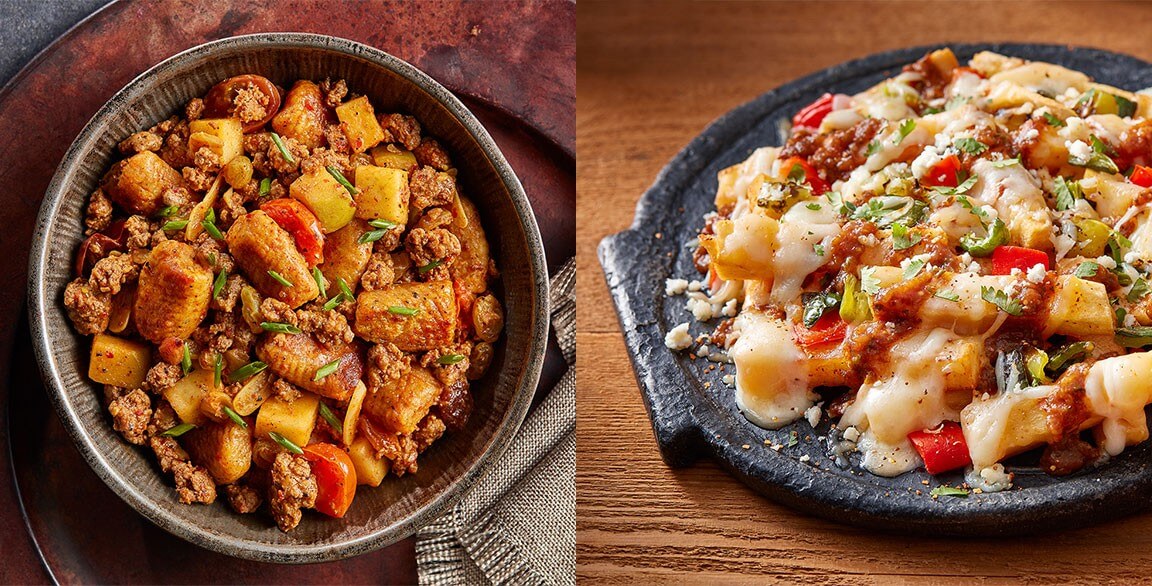 Chef Bob Gallagher serves up comfort with bold flavors from the global pantry. 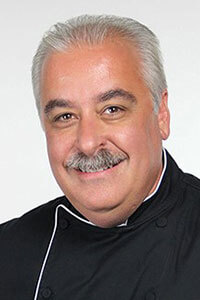 The comfort zone is a safe place for recipe development these days, but to keep it interesting, chefs know they’ve got to push out a little. Bob Gallagher, former senior VP of F&B with Romacorp, shows just how it’s done in both recipes created for Kitchen Collaborative. 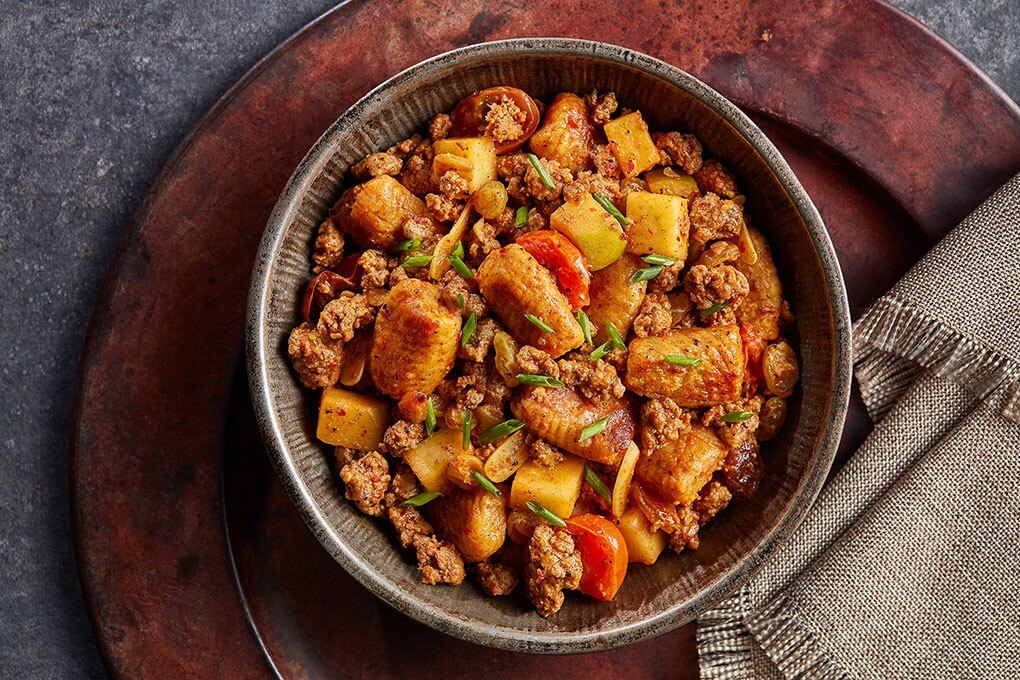 Gallagher’s Seared Aussie Lamb & Moroccan Spiced Sweet Potato Gnocchi is rich and comforting, boasting the heady flavors of the Eastern Mediterranean. “The baharat seasoning is a combination of sweet and earthy flavors that complements the lamb. There are different varieties, but this particular combination is very aromatic with warm spices like cinnamon, coriander, black pepper and turmeric,” he says. “I like the Aussie ground lamb because of its bright pink color, pleasant flavor and soft and juicy texture—those are important qualities when preparing dishes using ground lamb.”

He first sautés shallots in grapeseed oil, then adds the ground lamb, breaking it into a small crumble and spreading it over the surface of the sauté pan. Gallagher seasons the meat with the housemade baharat mix, along with salt, pepper and garlic, then lets it sit, browning it on one side until the meat juices emerge. He transfers the ground lamb to a bowl, then sears the sweet potato gnocchi in the sauté pan. He puts the lamb and juice back into the pan, along with grape tomatoes, green apple and raisins. Once the ingredients are sizzling, he deglazes with white wine and reduces the heat to a simmer. Gallagher finishes the dish with a dollop of harissa butter. “The sweet potato gnocchi absorb any fat rendered from the ground lamb, so the harissa butter, when melted, completes the final flavor of the dish with a touch of buttery creaminess and a taste of light spice and red pepper,” he says. 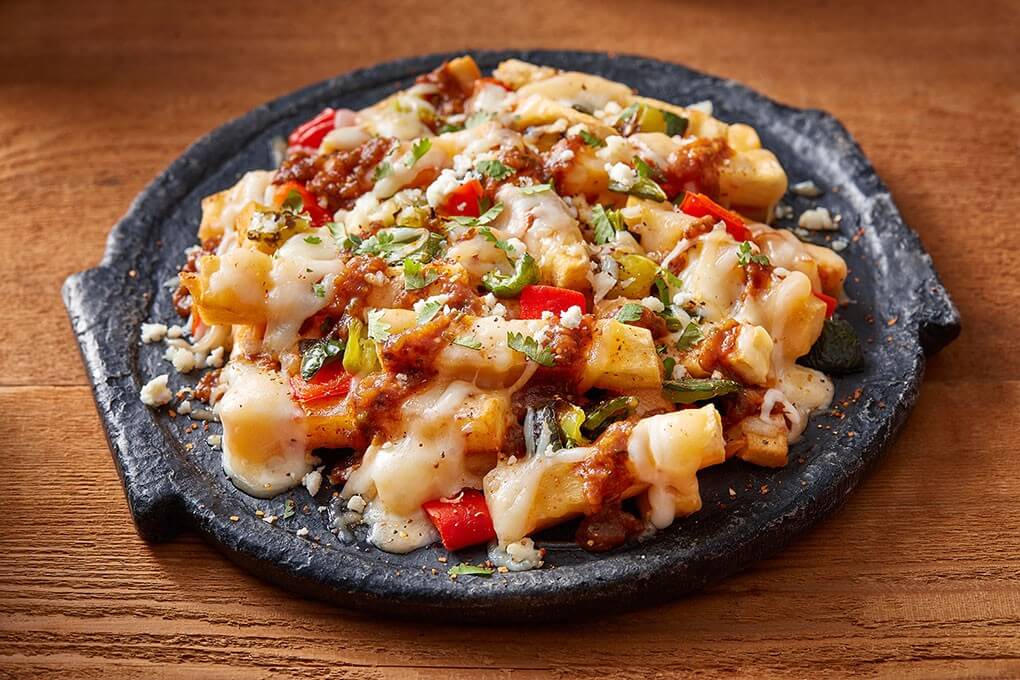 To create a flavorful salsa, he chars the vegetables (tomatoes, tomatillos, onion, red bell pepper) and chile peppers (Anaheim, jalapeño, Serrano), then blends them. He adds Southwest seasoning, lime juice, cilantro and olive oil. “The fresh-grilled salsa delivers a deep charred flavor with a touch of lime that complements the rich cheese,” he says.

The order of the build is critical. “Layering this dish is essential to maintain the crisp coating of the yuca fries when serving,” says Gallagher. He layers fries on a platter, topping them with half of the manchego and Oaxaca cheeses, then builds a second layer with the remaining fries, the salsa and the rest of those two cheeses. He tops the poutine with diced peppers, bakes it until bubbly, then tops the dish with Real California queso fresco, cilantro and Southwest seasoning.

“The spice blend on the yuca fries does not include salt,” says Gallagher. “Using queso fresco provides that saltiness guests crave when eating french fries.”