Signature Flavor: Like Butter This Grass-Fed Aussie Beef Sous Vide in Grass-Fed Butter is a prime example of a modern entrée that pays serious attention to both flavor detail and integrity of product 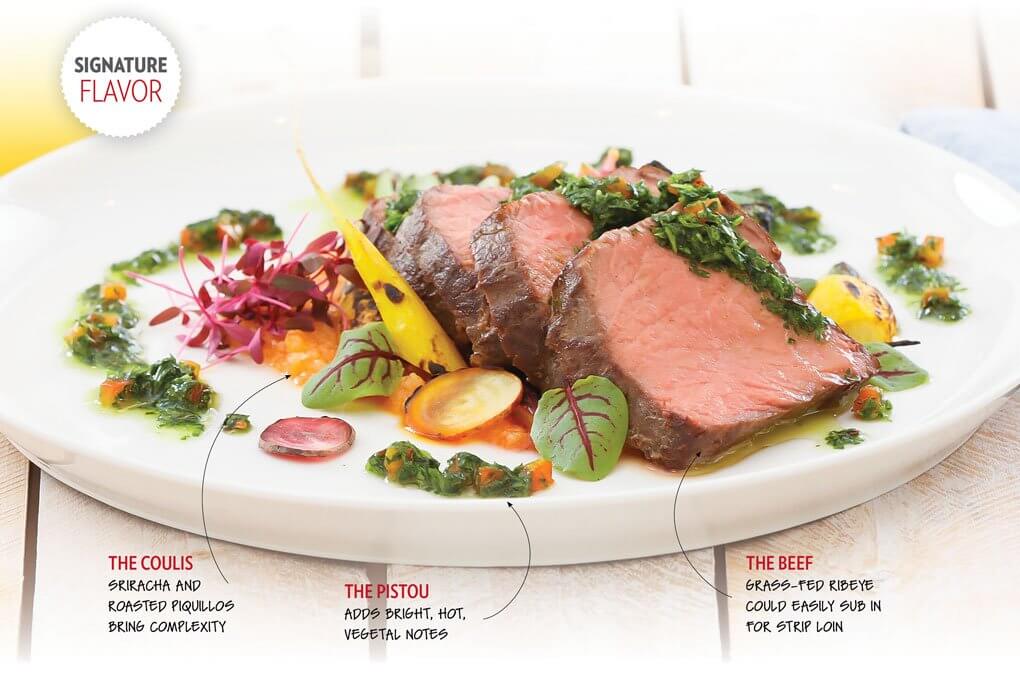 Chefs are raising the stakes on entrée development. Fueled by innovation in other categories, like bowl builds and shareables, they’re reimagining main courses, paying serious attention to both flavor detail and integrity of product. Jason Fullilove is the chef/owner of Barbara Jean, a concept with two locations in Los Angeles, built on globally inspired soul food with a mindful approach to sourcing and wholesomeness. His Grass-Fed Aussie Beef Sous Vide in Grass-Fed Butter is a prime example of a modern entrée.

“I tend to gravitate toward grass-fed beef because of its healthy profile and its great grassy flavor,” says Fullilove, who is currently working on the opening of Hilltop Coffee & Kitchen in Los Angeles, which aims to provide wholesome food to underserved neighborhoods.

In this entrée, each component is built with complexity of flavor in mind—while telling a compelling story of careful sourcing. Grass-fed strip loin is cooked sous vide in grass-fed butter, doubling down on that clean flavor. “The technique tenderizes it while adding another dimension to the beef,” he says.

As counterpoint, Fullilove plates both a pistou and a piquillo pepper coulis, demonstrating a veg-focused approach to the other components of a meat-centric entrée. He says the coulis, starring roasted piquillos, red-wine vinegar, lemon juice and Sriracha, “cleanses the palate nicely.”

The pistou is herbaceous and bright, thanks to parsley and lemon juice, while Fresno chile offers a tingle of heat.