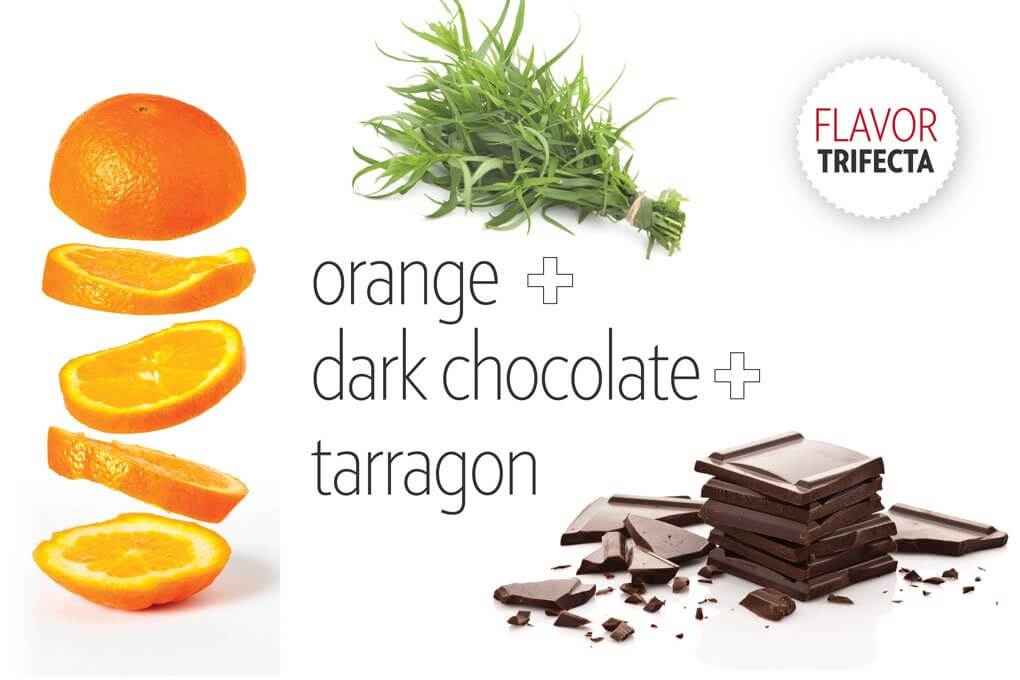 John State is the culinary director at Disneyland Resort in Anaheim, Calif., overseeing a number of restaurant outlets, from casual restaurants like Cafe Orleans to fine-dining concepts like Carthay Circle Restaurant.

When asked to share a trifecta of flavors that inspire him, State responded with a pairing of orange, dark chocolate and tarragon. “We ran this on one of my menus—a warm chocolate lava cake scented with orange in the mix, served with tarragon ice cream,” he says. “Anise and chocolate is an Old World favorite. Guests were taken aback by the combination when reading it, but then realized after tasting that it all worked.”

That’s key when menuing an unusual pairing—anchoring it in something as familiar and beloved as a classic chocolate lava cake. State says this combination of flavors would also work well in a warm doughnut dessert, presented with two dipping sauces—chocolate orange and tarragon crème anglaise.

Other flavor combinations that inspire State include black olive caramel, orange and avocado, as well as a trio of brown butter, aged goat’s milk cheese and sherry vinegar.