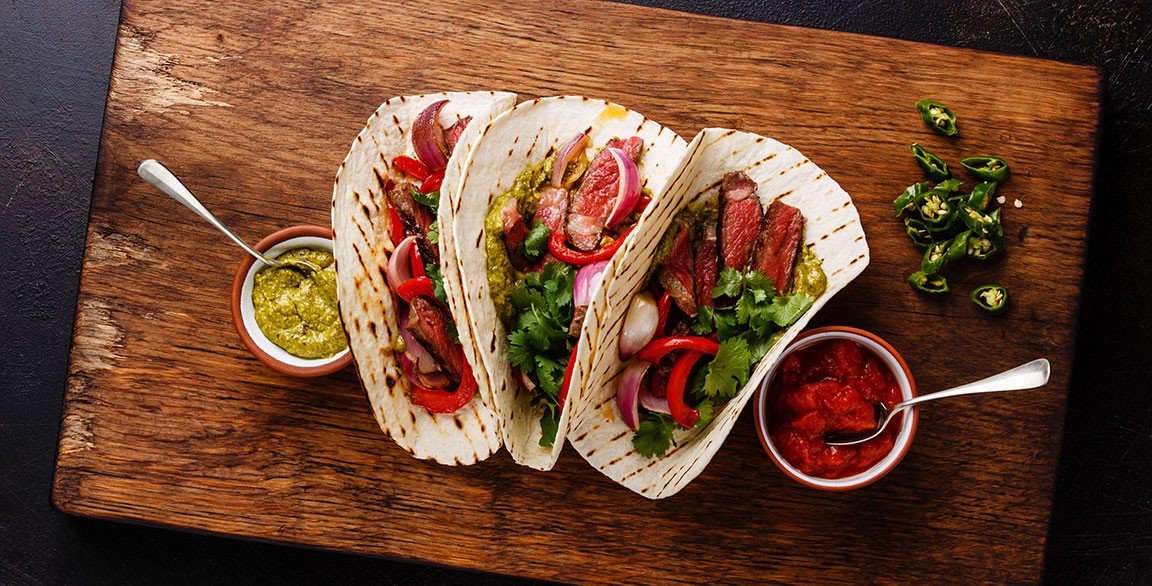 Tacos embrace the heat offered up by the Eastern Mediterranean pantry, including harissa, along with yogurt spiked with jalapeño, cumin and garlic.

With ingredients like harissa, tahini, s’chug and sumac becoming more familiar to American diners, chefs are starting to move them beyond the Eastern Mediterranean, combining them with other world cuisines. Of course, looking south to Latin America provides huge inspiration for chefs here, and combining the two offers flavor adventure along with familiarity.

Tacos in particular have already proven themselves as successful carriers for most global mash-ups. The flavors and ingredients of the Eastern Med find a very happy home here, thanks to their spectrum that runs from bright and hot to warm and complex.

Cooking on skewers is a worldwide tradition, from the kebab to the brochette, and from the yakitori to the pincho. Marrying beautiful Eastern Med flavors like cinnamon, cayenne pepper, mint, s’chug, harissa, pomegranate and sumac to meat marinades, rubs, glazes and dipping sauces adds intrigue. It also builds a unique flavor story. 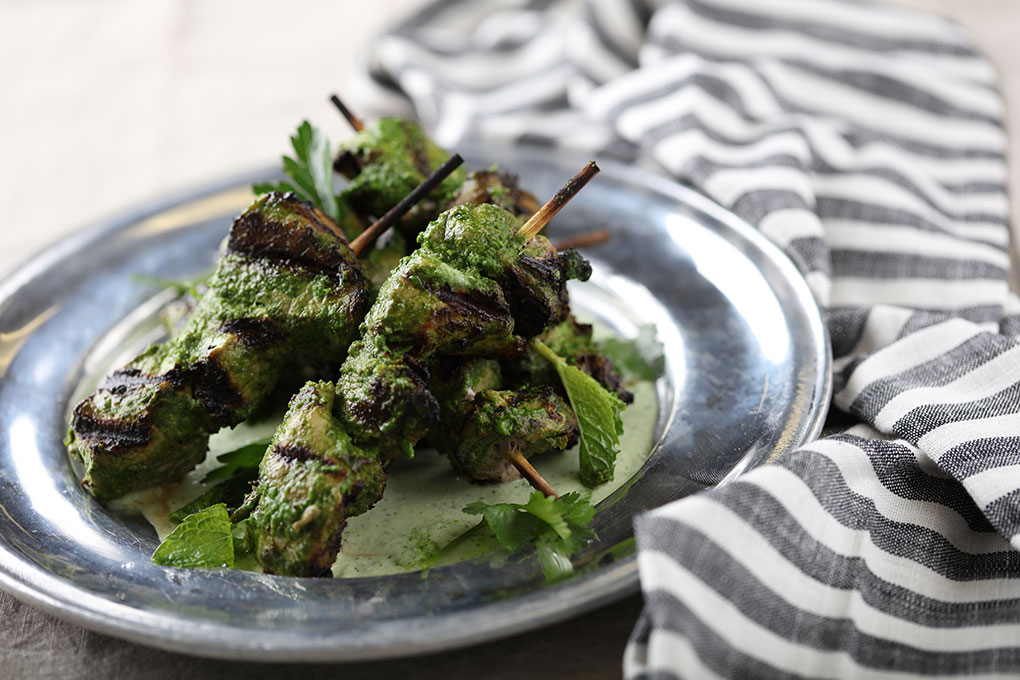 The familiar Mexican flavors of cilantro, jalapeño and garlic support the herbaceous, hot marinade featured in these Spicy Med Pork Skewers. Lemon juice, coriander and cumin help lean it toward Eastern Med, with a minted cucumber tzatziki rounding it out.

GET THE RECIPE FOR SPICY MEDITERRANEAN PORK SKEWERS WITH TZATZIKI