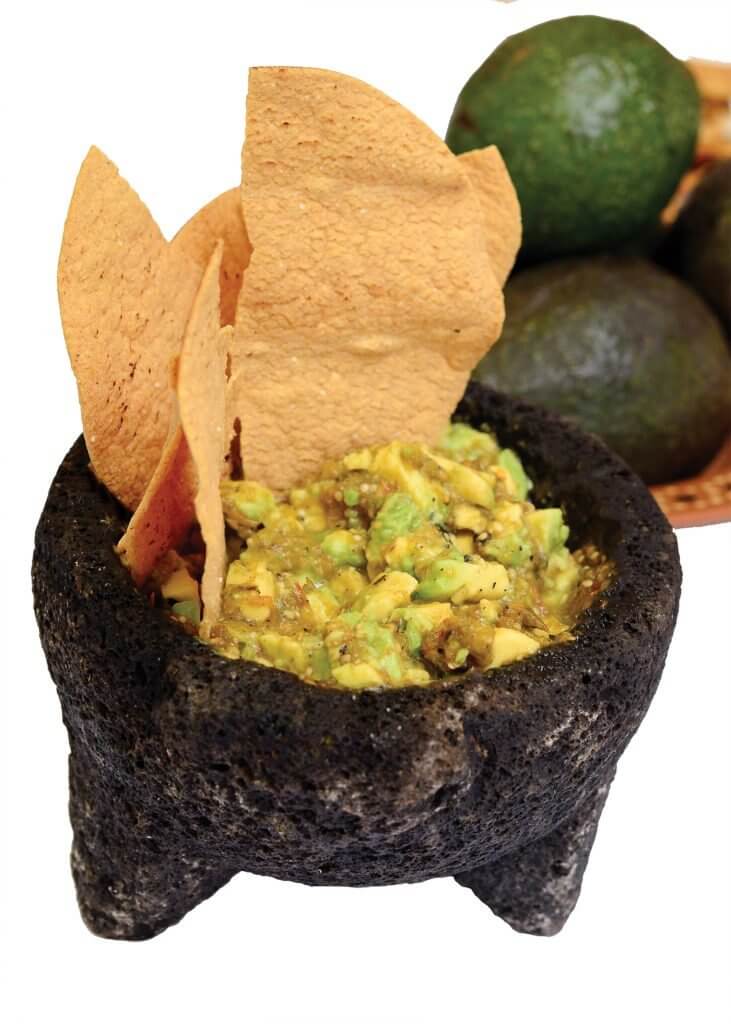 Guacamole is one of those versatile menu items that appeals to a broad base of diners. Chefs today are capitalizing on its popularity and giving it creative, craveable touches. At a recent Avocados from Mexico (AFM) tour and culinary immersion highlighting the year-round growing season in Mexico, Chef Iliana de la Vega of El Naranjo restaurant in Austin, Texas, developed a guacamole that Mark Garcia, AFM’s Director of Foodservice Marketing, calls out as a favorite, representing a model for innovation.

“This was a rough-chopped guacamole, which adds differentiation and texture,” he says. It featured dry-roasted tomatillos, roasted garlic, Serrano chiles and kosher salt. “Tomatillos have a unique flavor—they’re not quite a chile, not quite a tomato, lending acid but not sour,” Garcia says. The tomatillos replace the traditional lime, which he says can be a bit one-dimensional. “Dry roasting them really concentrates the flavor.” This also highlights an angle for safe innovation. “It’s natural to consider complementary ingredients like tomatillos, or companions like chicharrones in place of tortilla chips, that take us back to the country of origin for avocados.” This adds to the authenticity of delivering on the Mexican classic. “The name and the origin are firmly entrenched in Mexico, going back centuries.”

In addition to recipe innovation, the versatility of guacamole is another area for exploration. “It’s being used on toast, in a sandwich, in a dressing, as a topping for a fish or meat entrée, even as a base sauce for pizza,” he notes. Guacamole works well across all dayparts and with other cuisines, too. “Asian, for example—chiles will always work with it, and Sriracha is a popular addition today. It plays so well with sweet, sour, spicy profiles.” Tableside guacamole is another trend Garcia is seeing. “Some operator-partners are even adding a full-time guacamole chef and really showcasing the nuances of guacamole flavor.”