Tostada: Taco’s Next Frontier Building upon a sturdy base of a crispy, craveable tortilla, the fun-loving tostada offers serious menu-development opportunity 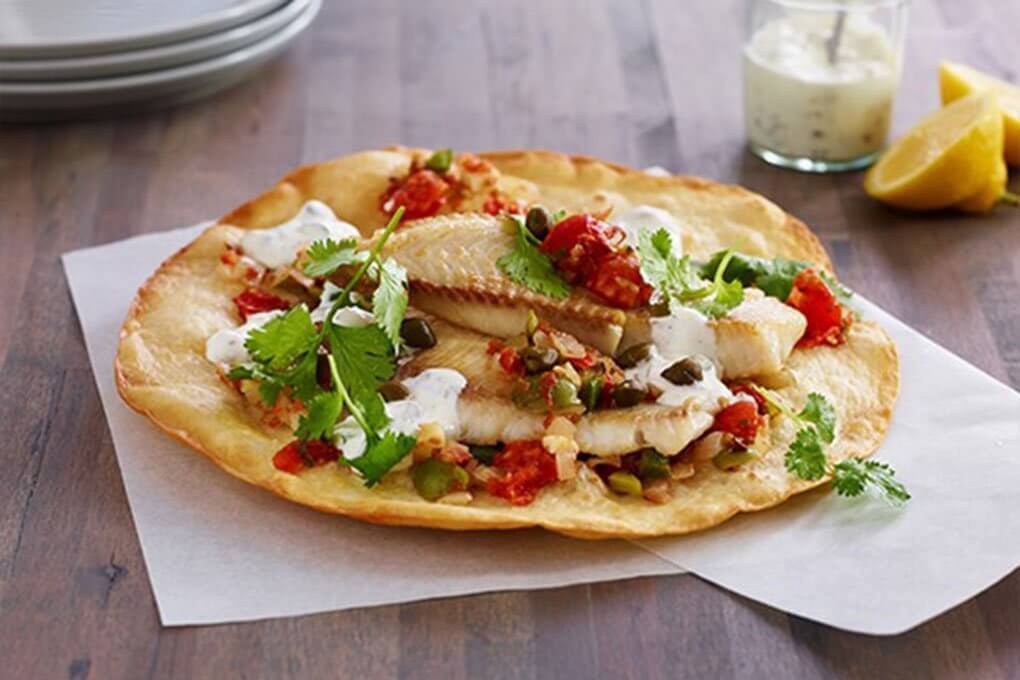 The crisp and craveable pull of the tostada is showcased beautifully in this Tilapia Tostada with Salsa Veracruz and Caper Aïoli.
PHOTO CREDIT: Mission Foodservice

While the taco remains a sure-fire menu hit for the forseeable future, adeptly carrying modern flavor profiles in its fold, its fun-loving cousin the tostada is making a play on menus. Sure, it’s messier, with its piled-up format requiring a knife-and-fork approach. But it offers a different appeal, with layers upon layers of flavor and texture atop a crispy, crunchy tortilla base. “I can see the tostada as the next ‘taco,’ albeit flat, but definitely highly craveable with its crisp texture and ability to hold layers of flavor,” says chef Dennis Samala, founder of Creative Culinary Concepts consultancy in Southern California.

Chefs are starting to take the tostada more seriously, capitalizing on its fun appeal and its potential for complex flavor builds while giving the diner a visual “wow!” factor. At Don Chepo’s Taco Shop in Wellington, Fla., Chef Dustin Parfitt gives customers the option for tostada builds ranging from al pastor to tempura avocado or butternut squash and fire-roasted corn, all atop a sturdy shell and a layer of refried beans and rice.

The “Tostada del Dia” is a standard lunch offering at Terlingua in Portland, Maine, with a Caribbean/Mexican-inspired menu based around its house-smoked meats. The daily tostada special ranges from pulled pork or chicken to a layered veg-centric affair of roasted corn, pickled cabbage, crispy garlic, lime aïoli, Cotija and rosado beans. On the dinner menu, Chef Wilson Rothschild features a Smoked Seafood Tostada with avocado, habanero, lime, sweet peppers and Vidalia onions.

Building upon a sturdy base of a crispy, craveable tortilla, the fun-loving tostada offers serious menu-development opportunity.