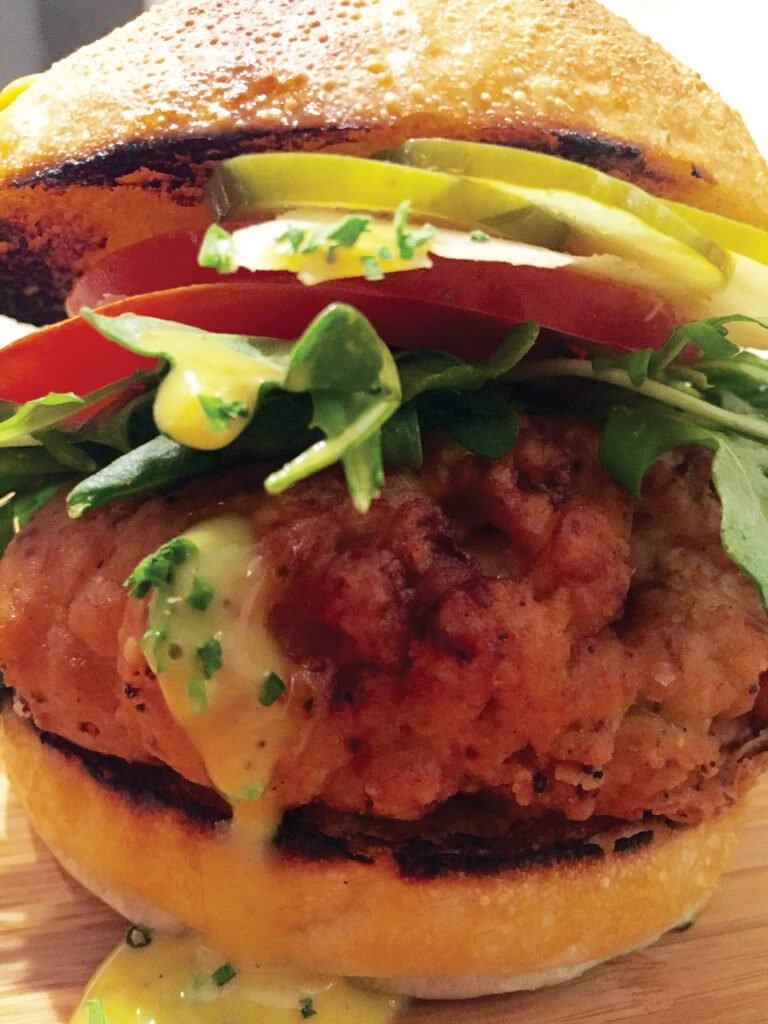 Sammy’s is known for its owner and namesake, rocker Sammy Hagar, and for its Beach Bar Rum. The pure-cane rum makes an appearance in the chicken marinade for Sammy’s Double Crisp Chicken Sammy, along with buttermilk, chipotle, brown sugar and kosher salt. When testing the recipe, the team was looking to incorporate refreshing beach flavors, while at the same time creating cocktails with Sammy’s Beach Bar Rum. The logical next step was to add rum to the marinade. The chicken marinates for 8 hours before it’s double-dipped in both rum-buttermilk and in seasoned flour (smoked paprika, garlic, lemon pepper, kosher salt and dried rosemary). A rest in the freezer before frying ensures that the chicken emerges extra crispy.

The sandwich is currently on offer at Sammy’s location at the Las Vegas airport. “We run this every third Thursday of the month, first-come, first-serve,” says Jeff Steelman, VP/Executive Corporate Chef for HMSHost, the licensee for Sammy’s. “Guests have been asking for Chef Juan Pavlovich’s phone number because they want to text him to have him hold one for them.” The Chicken Sammy will soon be offered at Sammy’s locations across the country.