Savory Solutions With Blueberries Add richness of flavor and gorgeous color to sauces, glazes and more 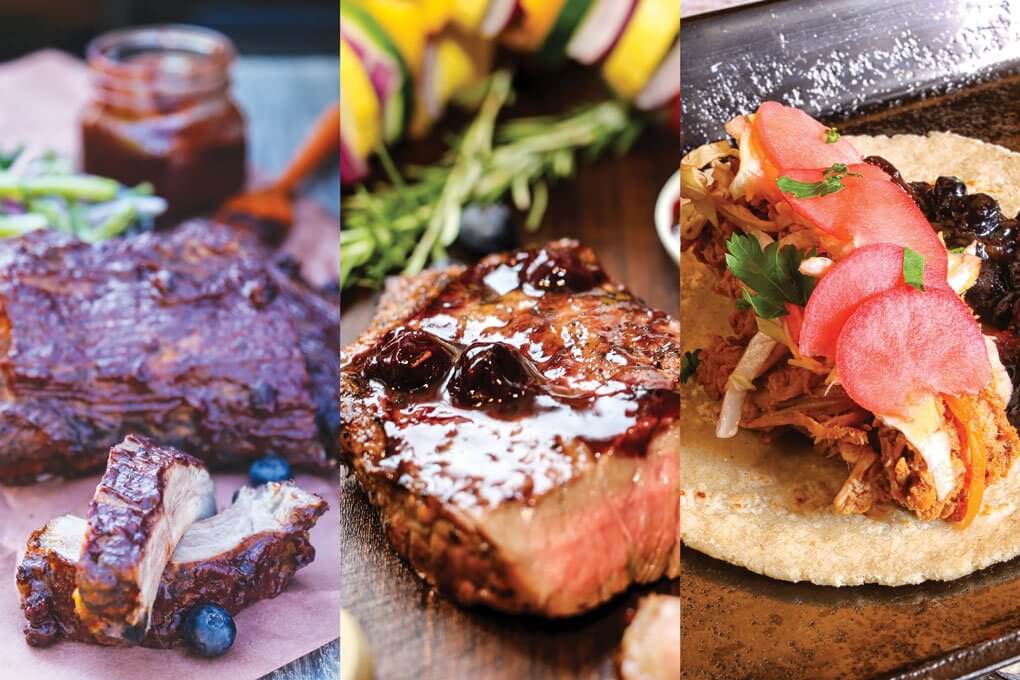 Blueberries bring a fresh approach to savory dishes, answering the call for both flavor complexity along with surprise and delight. “Blueberries introduce intensity of flavor and color to savory applications,” says Jason K. Morse, a Denver-based chef who owns 5280 Culinary, a line of barbecue products, and who is the national spokesman and grill expert for Ace Hardware. “They’re also unexpected, so they dial up menu interest significantly.”

Morse relies on blueberries in everything from barbecue slaws and burger glazes to brines and chutneys. “Blueberries are rich, sweet-tart and wonderful, making them a great counterpoint in dishes that are heavy in spice, heat or big, savory flavors,” he says.

This Blueberry Jerk BBQ Sauce exemplifies the trend in modern heat. “Hot sauces don’t need to blow your eyeballs out,” says Morse. “The jerk seasoning here is a great underlying flavor, but the other ingredients—especially the blueberries—lend the sauce balance and depth. Butter also gives it that all-important shine.” 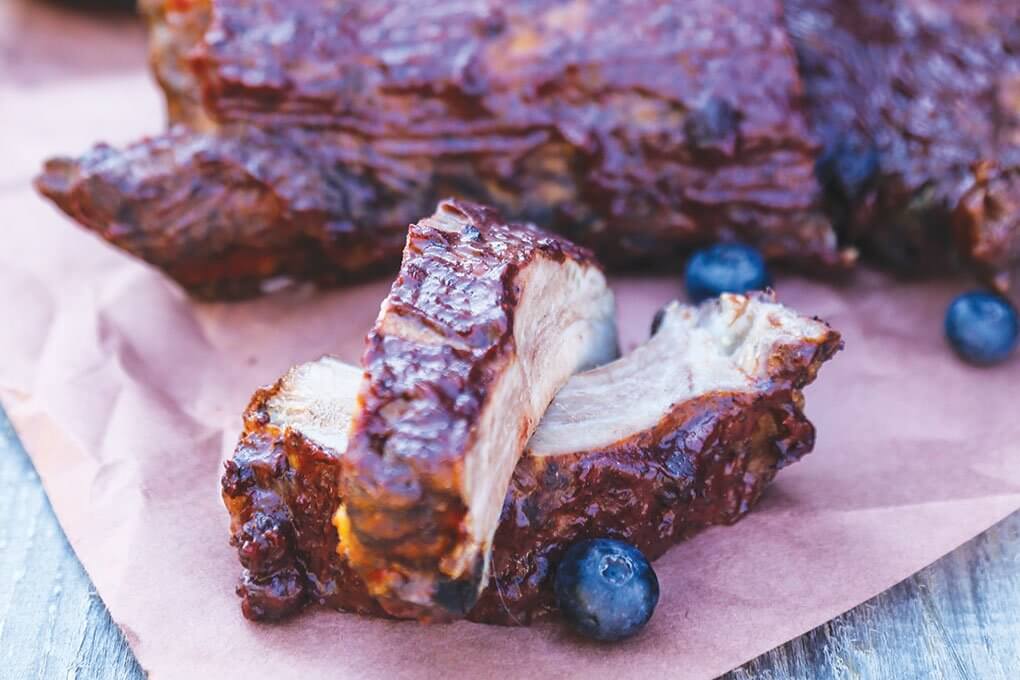 Using blueberry juice and dried blueberries, Morse softens the heat from jerk seasoning in his barbecue sauce, demonstrating how blueberries work beautifully as a balancing ingredient.

The greatest growth of blueberries on savory menus is found in the casual dining segment, UP 27% in the past 4 years.*

The evolution of global mash-ups has brought modern foodservice to the eclectic build, where chefs can reach into ethnic pantries and meld different flavors into anything that tastes wonderful—it’s the hallmark of New American cuisine, and leads to exciting menu innovation.

Morse builds an eclectic chutney, pulling the Indian condiment into a Mexican taco while bridging it with American ingredients.

“My goal was to spin the Indian chutney, using blueberries for their richness and color,” says Morse. “You get a good punch from the vinegars, onion and garlic, and the blueberries add brightness—they’re surprising, which goes a long way today.” 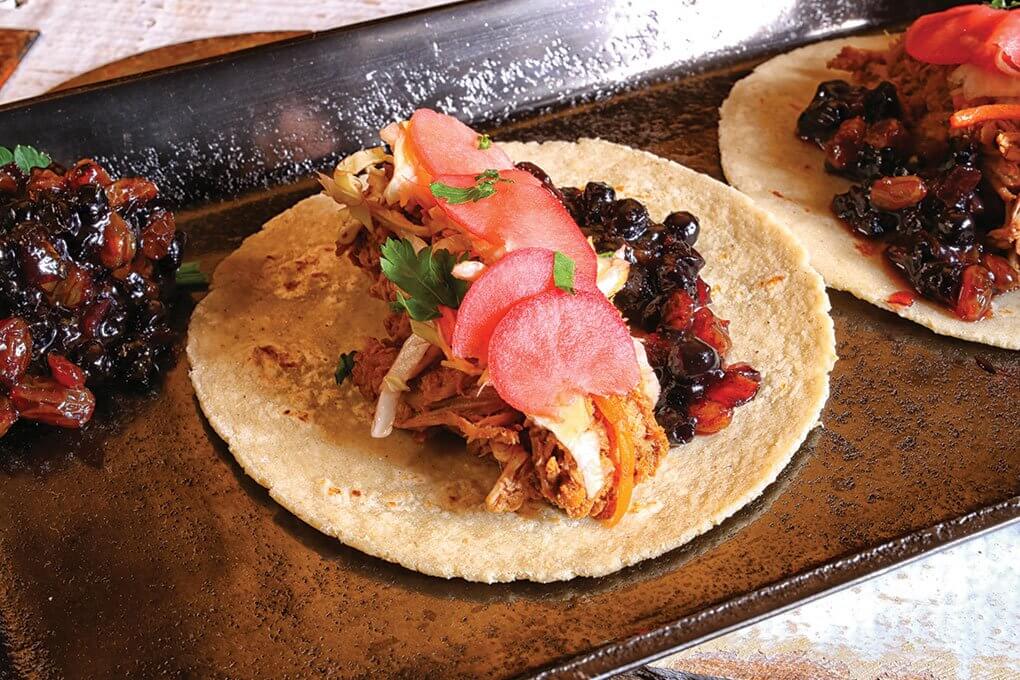 Blueberry menu applications in savory entrées and appetizers are UP a whopping 51% since 2008.* 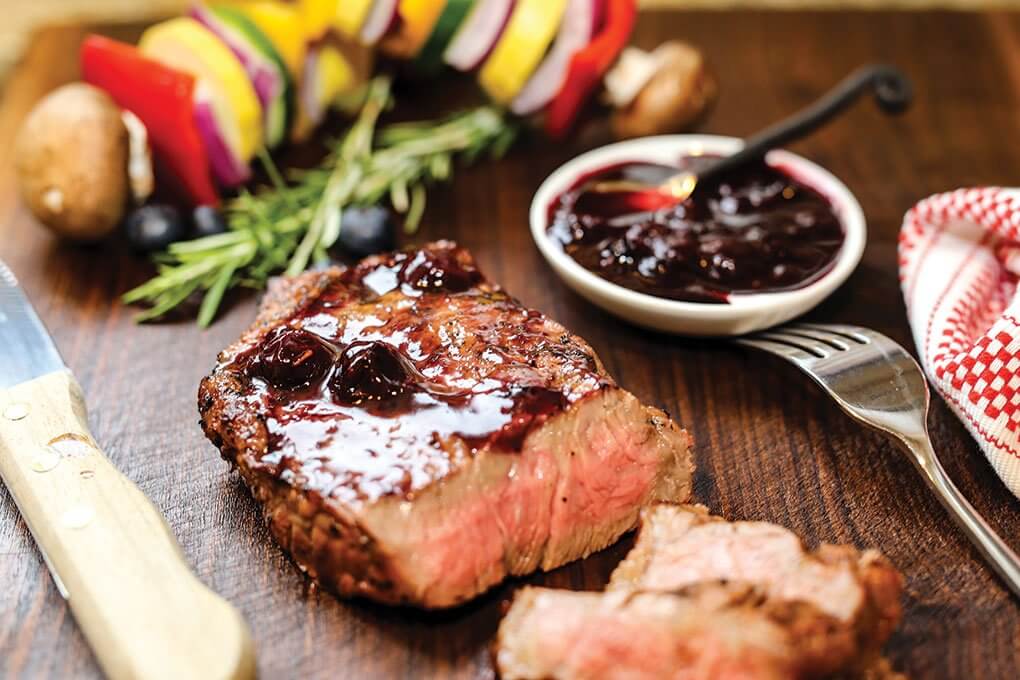 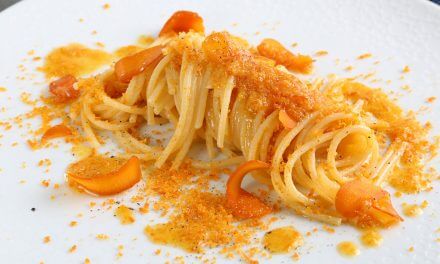 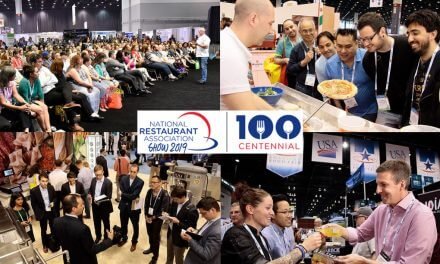 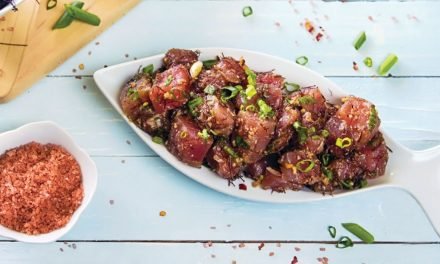 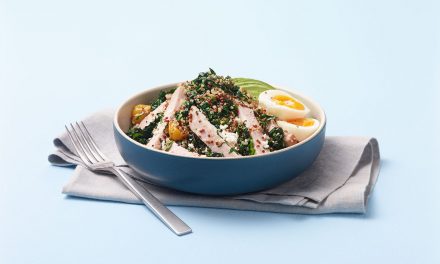