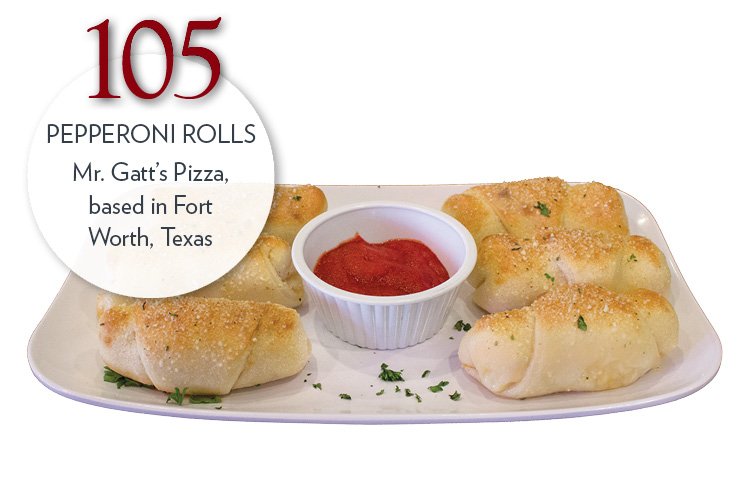 Pepperoni Rolls with pepperoni and provolone, fresh-made dough, with pizza or ranch sauce

As part of a recent brand refresh, Mr. Gatti’s Pizza came up with a playful reinterpretation of pizza­—Pepperoni Rolls, stuffed with pepperoni and provolone, rolled to order in fresh-made dough. The fun new format perked up the menu lineup.

“Our Pepperoni Rolls were on the concession menu this year at University of Texas football games, along with pizza,” says Michael Poates, President, who oversees all three Gatti’s family-friendly chain concepts. “Their success shocked us—they were outselling pizza by the end of the season! At one game, more than 2,000 were sold.”

Once baked until golden in Gatti’s fire-deck oven, the rolls are brushed with garlic butter and sprinkled with parsley. An order of six are served with either Mr. Gatti’s Signature Pizza Sauce or housemade ranch for dipping.

“Our pizza sauce is the original, 48-year-old recipe that is still made with the freshest vine-ripened tomatoes and 16 herbs and spices,” he says. The concept has since offered add-on options like bacon and sliced jalapeño. “These additions take the flavor profile to an entirely new level.”