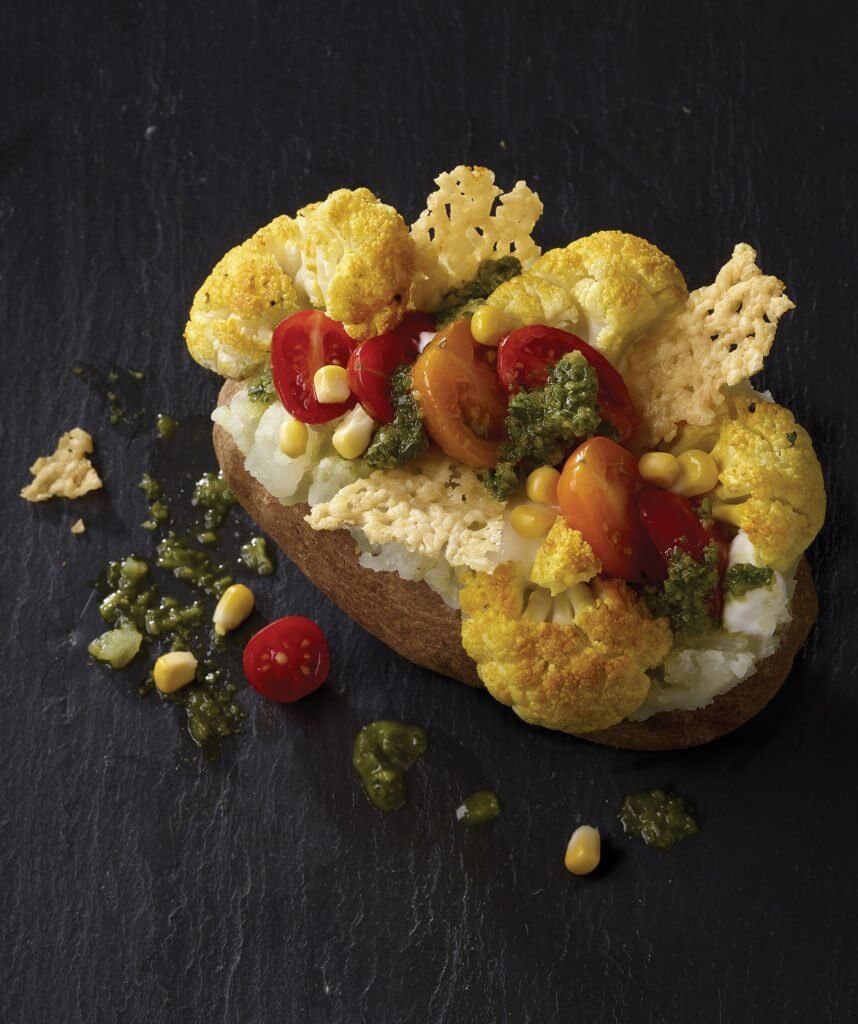 In honor of the store’s 125th anniversary last year, Macy’s brought back its heralded Stuffed Baked Potato Bar to its restaurants, a concept born at the store in 1926. As part of the month-long promotion, it offered a whopping 125 toppings, cleverly tying the anniversary milestone to a dizzying array of customizable flavor options.

Her recipe for Roasted Cauliflower Chimichurri Idaho Baked Potato showcases the potential for flavor innovation with this platform, delivering the classic taste and texture of an Idaho baker topped with tangy chimichurri sauce, turmeric-roasted cauliflower and a crispy cheese garnish.