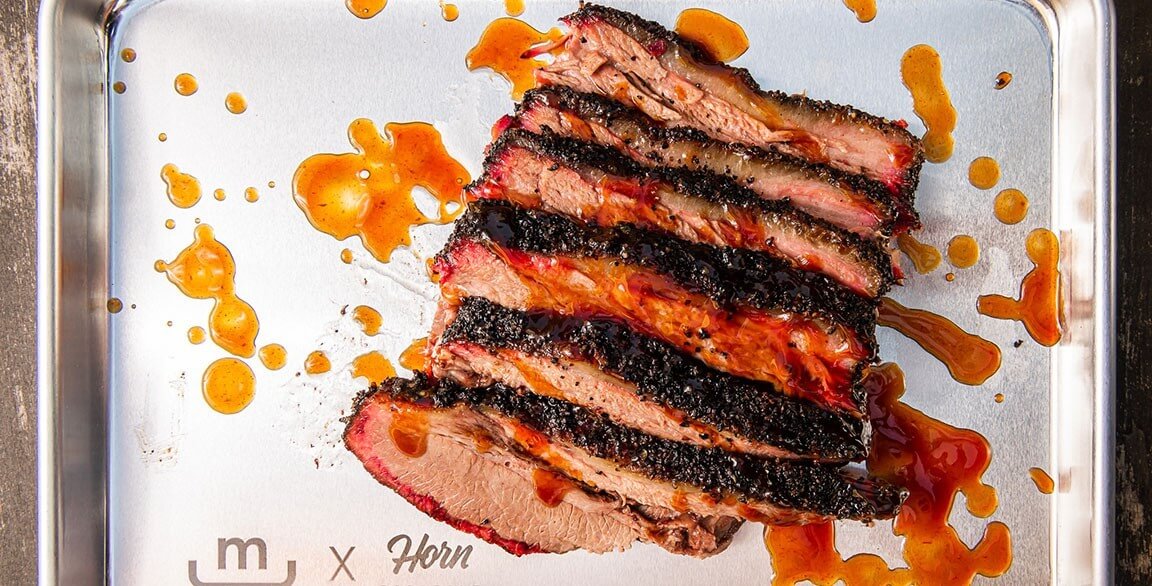 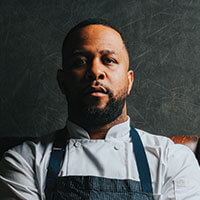 When you’re a barbecue joint selling meat by the pound, expectations on the quality of that meat are high. Matt Horn, Pitmaster and Owner of Horn Barbecue, delivers, offering up what he describes as West Coast barbecue: meat-smoking techniques of Central Texas infused with the foodways of the Black South. Menu items include pulled pork, spare ribs, collards and such homestyle desserts as banana pudding.

Horn calls out the Brisket as a menu hit, attributing its success to a customer base that appreciates the love that goes into it. “It isn’t easy, and it can’t be done on the grill or done fast. The brisket takes 14 to 16 hours, so it’s a commitment,” he says. He starts with all-natural beef, using the whole brisket, including the point and the flat, trimming the fat to a quarter inch, which allows even airflow for good smoke penetration. Horn binds it with mustard, then rubs the meat with granulated onion, black pepper, salt and proprietary spices. It’s smoked at a low temperature for eight hours, sprayed with an apple cider vinegar solution to cool it, double wrapped in butcher paper and then smoked until it reaches 203-205 degrees F. “We use white oak wood because it’s widely available in California and has a subtle smoke flavor while burning over a long period of time,” says Horn.