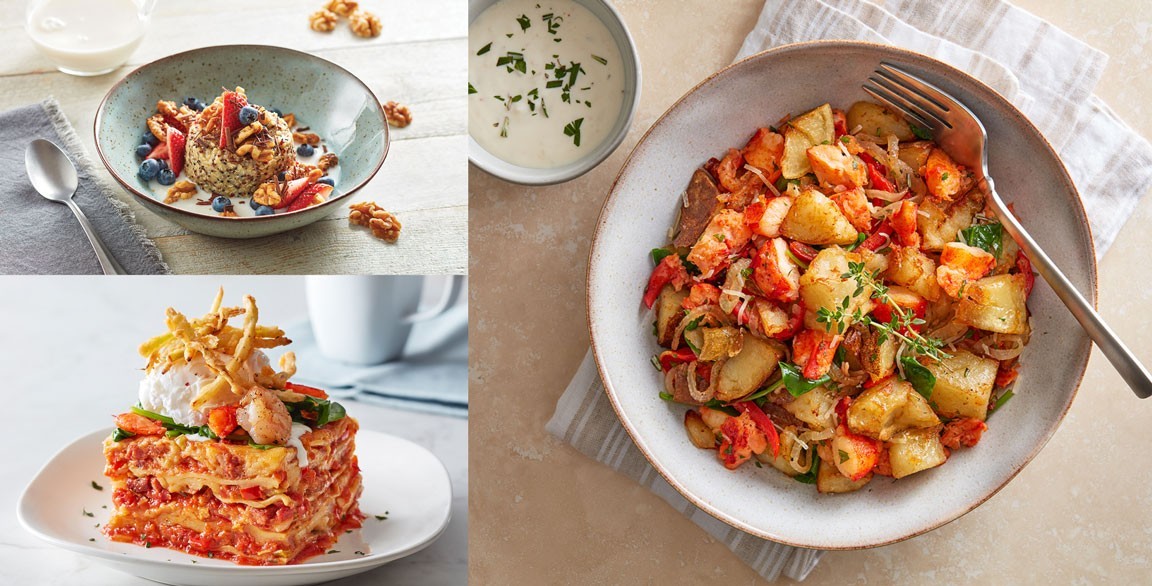 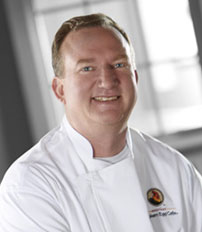 Kitchen Collaborative is a recipe-development initiative formed by Summit F&B and Flavor & The Menu with support from a handful of sponsor brands and commodity boards looking to help chefs create, inspire and collaborate during these difficult times. Working with high-volume chefs, this project aims to continue to fuel the flavor innovation our industry will always count on. A group of talented chefs were asked to partner with sponsors to create recipes that showcase the passion and potential of this industry.

Jason Knoll’s three recipes serve as ambassador for modern menu development in the breakfast/brunch space. Each answers different calls—functionality, comfort, decadence—but all of them serve up unique takes on familiar dishes, spinning their own memorable flavor stories. Knoll, VP of Culinary with Another Broken Egg of America, based in Orlando, Fla., transforms a brunch staple into the unexpected with his flavor-packed Creole Crawfish Lasagna Benedict. He promises to serve up both nutrient density and craveability in his Honey Glazed California Walnuts Superfood Power Bowl and offers a hearty, indulgent option with his Steakhouse Idaho® Potato and Lobster Hash. 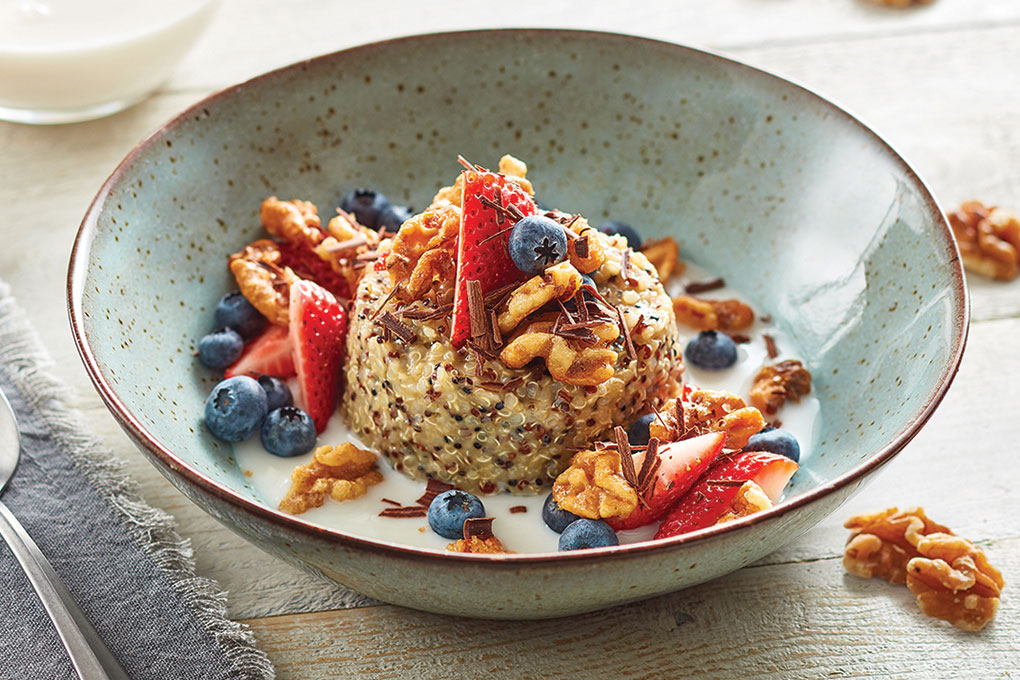 With this recipe, Knoll took aim at what he describes as the newly emerging healthy consumer. “These folks are smart. They aren’t necessarily just focused on the amount of fat and calories,” he says. “They are focused on flavorful fat and good-for-you calories. Superfoods are good for you and taste really good, too.” With that in mind, his bowl build stars a base of quinoa that’s been cooked with honey and mango, a pool of walnut milk and then a tumble of sweet-salty honey-glazed California walnuts, fresh blueberries and strawberries, and a finish of shaved dark chocolate. “Our philosophy has always been to make every dish craveable, and the addition of walnuts to this entrée adds that crave appeal,” says Knoll. “They are the hero in this dish, giving it ‘meaty’ texture.” 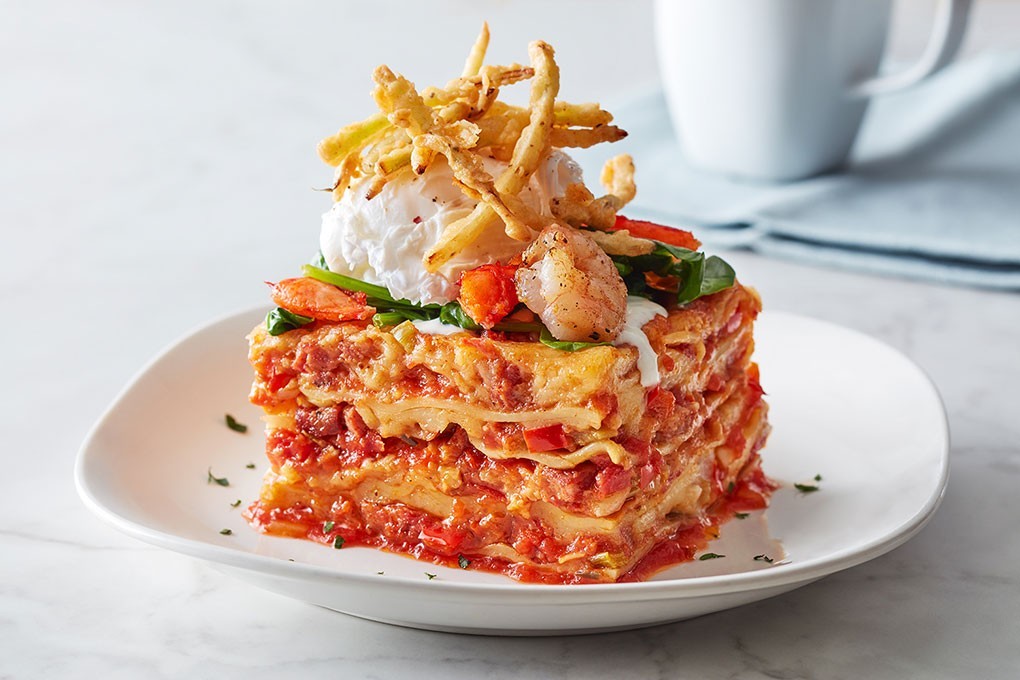 This recipe is a perfect expression of a modern brunch dish, borrowing the term “Benedict” to easily transition the comfort-centric lasagna into this realm, and crowning it with eggs to seal the deal. Flavor rules in this daypart, and Knoll delivers, laying down a rich Creole-crawfish sauce spiced with Louisiana hot sauce, paprika and Cajun seasoning and studded with andouille sausage. He builds layers like a traditional lasagna, adding gluten-free pasta sheets, shrimp, spinach, Jack and mozzarella and more sauce. He finishes the pasta dish with fried leeks and two poached eggs. “The gluten-free pasta gives a better al dente texture than normal pasta—a big plus,” says Knoll. “With requests for gluten-free options continuing to grow, it just made sense to give guests our unique brunchy seafood twist on a very popular comfort food entrée.” 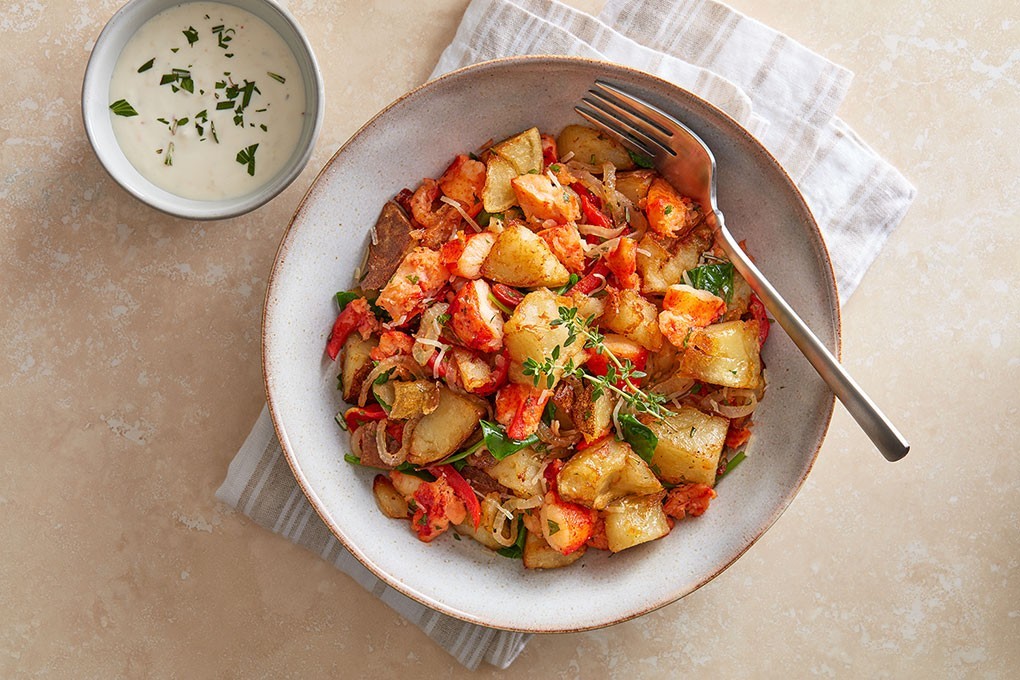 Knoll’s flavorful hash is ideal for today’s brunch or lunch menus. “I designed it to be a center-of-the-plate potato dish that features products typically found in a steakhouse setting,” he says. “The potato would be an unused baker. The lobster claw and knuckle meat and remaining ingredients are commonly found in any steakhouse pantry.” Knoll tears a baked Idaho® russet potato into pieces and deep fries them. He tops the hash with the lobster meat, which has been warmed in garlic oil, with caramelized onion and roasted red pepper. For service, he tosses the hash mixture with grated Grana Padano, fresh thyme, rosemary and parsley, then adds a flourish of aïoli as a garnish.