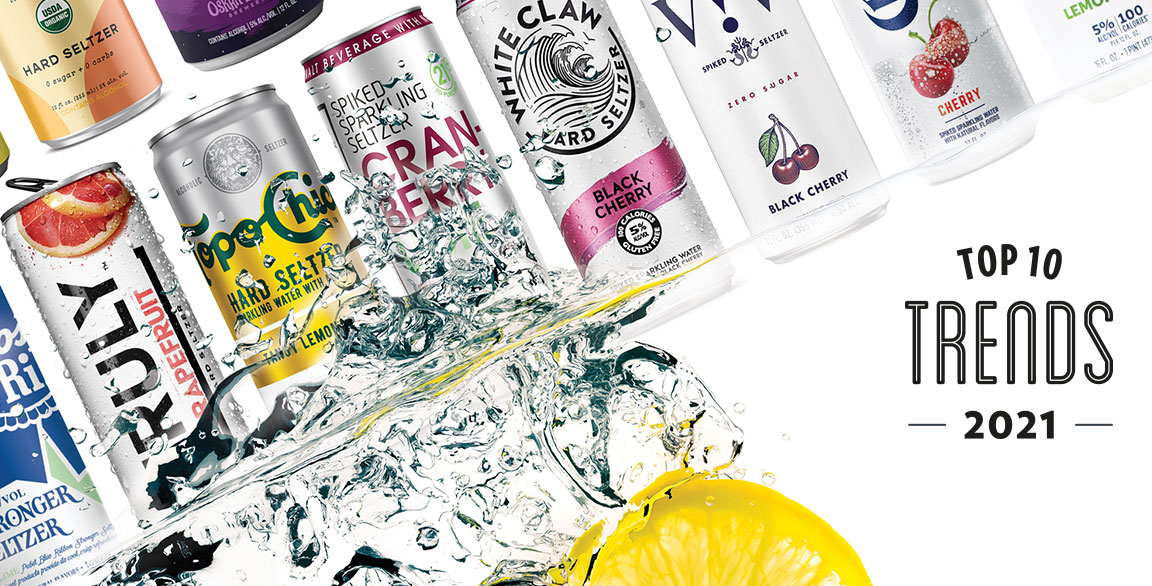 Hard seltzer is the fastest-growing trend on menus. Just take that in for a moment. In a single year, menu mentions of the popular beverage rose nearly 300 percent. “It got to that number from December 2019 to December 2020—this is in a category that had close to zero menu penetrations the previous year,” says Mike Kostyo, trendologist with Datassential. “That’s insane growth.”

Datassential expects spiked seltzer’s menu presence to go up another 56 percent in the next four years. Buzz this loud signals big opportunity in trend-forward beverage development, from creative plays in mixology to clever brand alignments with the beverage players in this space.

The rise of hard seltzer—the sparkling flavored water spiked with a bit of booze that’s getting so much attention—stems from a few core drivers. Popularity of nonalcoholic seltzers took hold in the 2010s, as Americans launched LaCroix and other brands of its ilk into the zeitgeist.

An exciting universe of flavors beyond traditional lemon/lime soda water revealed itself to the general public and helped build momentum behind non-alc’s boozy brethren, the hard seltzer. “It just made sense that it would grow out of that trend, as it offered a somewhat healthier drinking option at a time when younger consumers, in particular, were seeking more health-conscious drinks like low-ABV beverages,” says Kostyo.

Hard seltzers boast a youthful and spirited glow complemented by a bright halo of health and wellness. That makes them very attractive to today’s health-conscious consumers. Most spiked seltzers offer a low-carb, low-calorie, low-ABV and gluten-free drinking experience.

Refreshing effervescence and flavors that tend to draw from nature—fruits, herbs, botanicals and florals—add to the buoyancy and lightness of this category.

A bevy of branded hard seltzers has helped drive momentum into a veritable frenzy, thanks to savvy campaigns that lock in the appeal among younger consumers and new-product releases that capitalize on other trend drivers.

A few examples include Vizzy Hard Seltzer, which taps into the immunity trend with an infusion of vitamin C into its Blueberry-Pomegranate and Pineapple-Mango flavors.

Even wine and spirit producers are coming onto the field. Consider Smirnoff’s launch of vodka-infused hard seltzer, or Chateau Ste. Michelle’s new Elements line of wines with fruit and botanical flavors (papaya-jasmine and peach-ginger white wines) with added effervescence. 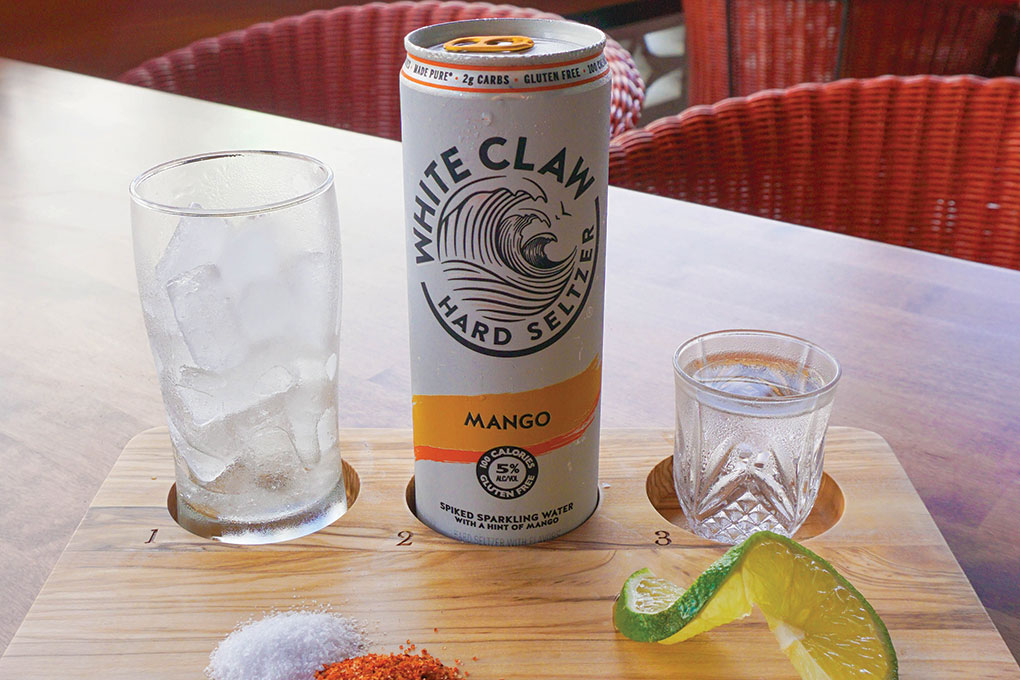 Tampa’s Jotoro Kitchen + Tequila Bar takes a DIY route with its Cactus Claw featuring a can of White Claw alongside a shot of Patrón Tequila, twist of lime, salt and Tajín seasoning.

Hard seltzer can carry some of today’s biggest flavor trends, and both beverage and restaurant brands are exploring fun combinations in order to appeal to a thirsty consumer.

“When we asked hard seltzer drinkers to identify the most important characteristic in selecting their choice, 77 percent ranked ‘flavor’ in their top-three attributes,” says Datassential’s Kostyo. “If you are considering adding your own hard seltzer to the menu, start with the flavor. What already sells on your menu? Can you offer seasonal options that use fresh fruits and herbs? That will help you stand out. Berry flavors are the most-loved in relation to hard seltzer, so that’s a great starting point. Consumers also associate hard seltzer with summer more than any other season, so consider how hard seltzer will play into your seasonal initiatives.” 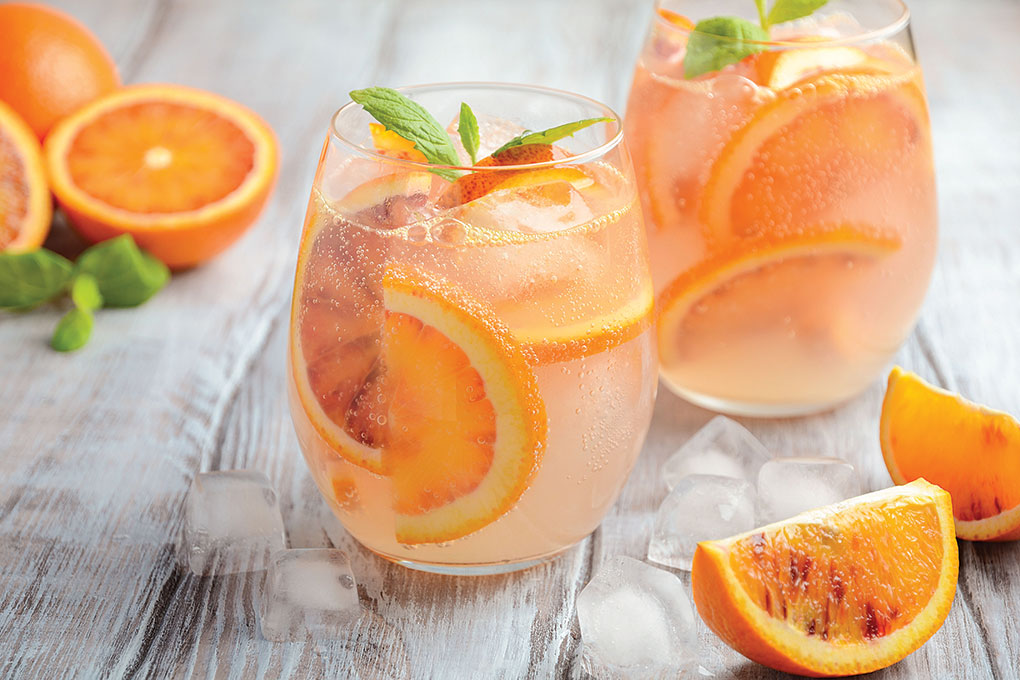 Hard seltzers can help lighten classic cocktails, with beverage developers switching up flavors depending on the desired profile, while subbing in a bit of bubbly seltzer for a portion of the alcohol.

Make Mine a Cocktail

The opportunity in hard seltzers extends beyond the easy add of carrying branded cans on the menu. Turns out, a lot of people like to reinforce their hard seltzer with a splash more booze. According to Datassential, more than 50 percent of consumers who drink hard seltzer reported that they have added alcohol to it. And 35 percent say that they are interested in trying cocktails that include hard seltzers.

“Execution can be as simple as flavored or flowered ice cubes, a boilermaker-style with a shot of liquor/liqueur or treating the seltzer as an ingredient in a cocktail,” says David Commer, president of Commer Beverage Consulting. “A cocktail using seltzer doesn’t have to be complicated; fresh lemon or lime and agave can round out the flavors while being easy to execute.”

Jotoro Kitchen + Tequila Bar, a modern Mexican restaurant in Tampa, Fla., takes the DIY route with its hard seltzer cocktail, finding great success in the process. Its Cactus Claw sees a can of White Claw Mango presented on a board with a rocks glass, shot of Patrón Tequila, wedge of lime and dab of Tajín seasoning.

“It’s an interactive way to have your seltzer, and you can choose whether to add the tequila to the drink, shoot it or share it,” says Ashley Evans, general manager. “When one of those hard seltzer boards goes out into the dining room, we sell a ton of them. The demand for low-alcohol beverages is going up, and we want to stay on top of that. I see new creations in our future.” 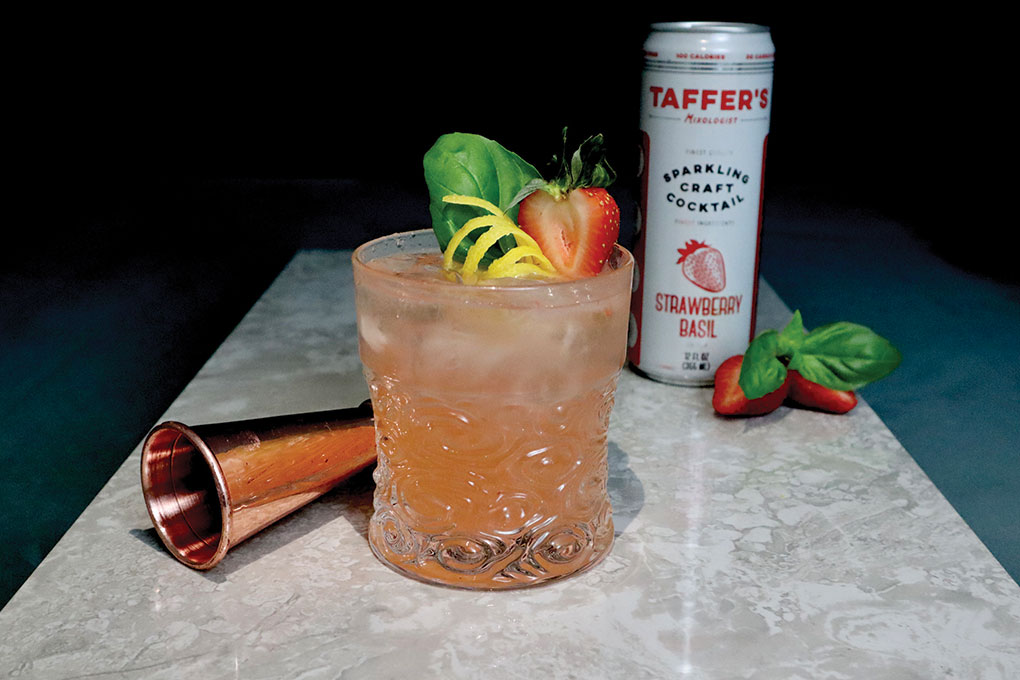 Credit: The Spirits in Motion

Phil Wills of The Spirits in Motion is working on a concept cocktail for Taffer’s Tavern in Alpharetta, Ga., incorporating hard seltzer to lighten up a margarita profile.

Phil Wills, co-founder of The Spirits in Motion, a Los Angeles-based beverage consulting company, is confident that hard seltzers are here to stay. He’s working on creating cocktails that star different flavors.

“For restaurants, I think the cocktail opportunity is about making a base, topping it off with hard seltzer, then serving the rest on the side,” he says. “Consumers are used to drinking seltzers out of the can—it’s part of the culture, so it’s not a negative here.”

In fact, including the branded can as part of the cocktail presentation plays into the cultural phenomenon of hard seltzers. Wills is working on a concept drink for Taffer’s Tavern, a new restaurant in Alpharetta, Ga., with an ultra-modern and creative bar program. It already features Taffer’s Seltzers, thanks to its connection to the retail brand. Wills has developed the Taffer’s Sparkling Strawberry Basil Margarita, with reposado tequila, agave, lime juice, orange bitters, muddled strawberries and a topper of Strawberry Basil Hard Seltzer.

“The idea with these types of cocktails is to lighten the base—reduce the tequila and replace it with the bubbly seltzer,” he says. “I’m also playing with a Tiki-style version that will feature a pineapple-coconut hard seltzer.”

“The ability to dial up and down the ABV on hard seltzers is a bonus for consumers who want control of their alcohol intake in order to best fit their lifestyle, whether it’s to celebrate with liquor-enhanced options or take it easy with botanical-infused fizz,” says Dina Paz, culinary director at Sterling-Rice Group culinary agency.

“What’s next is a creative playing field that blends flavor exploration and ABV content to maximize life’s big or small moments.” 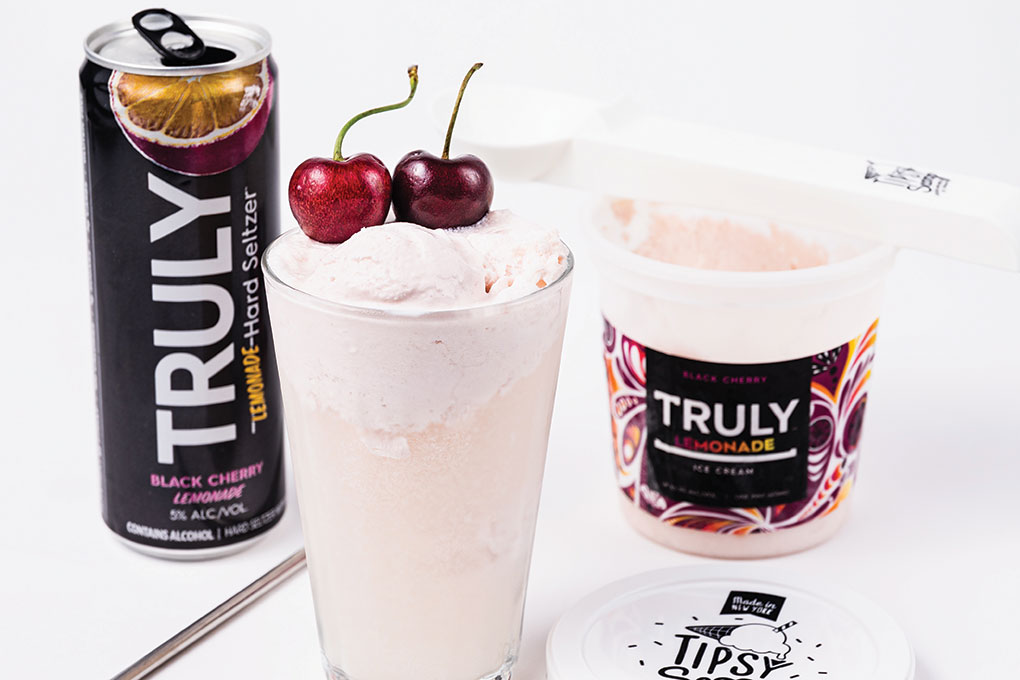 Tipsy Scoop, a booze-driven ice cream shop based in New York, gets in on the fun with its summery Truly Black Cherry Lemonade Ice Cream. 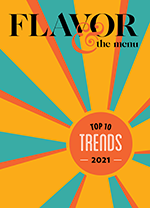