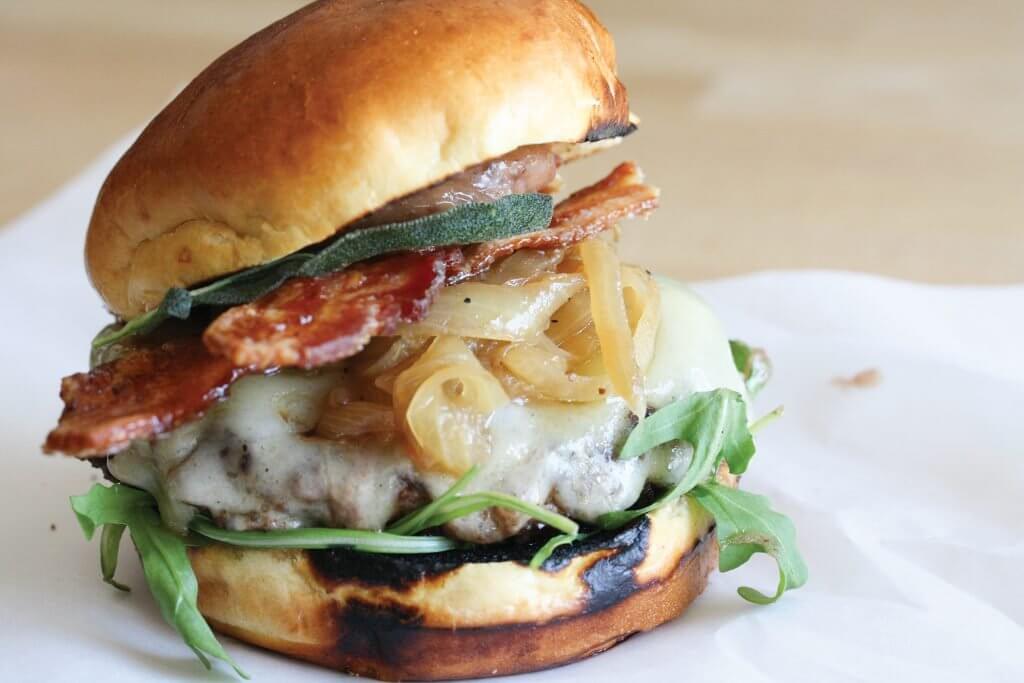 Steve McDonagh and Dan Smith, also known as the Hearty Boys, opened a two-year pop-up with Pastry Chef Gale Gand. The three collaborated on SpritzBurger’s menu: Steve behind the bar, Dan at the stove and Gale on desserts. They featured a monthly “Collision Burger,” turning to culinary friends like Rick Tramonto and Sara Moulton for their burger contributions.

“When 2016 finally arrived and we hit our last month on our two-year lease, we thought it only appropriate to create a Collision Burger made up of the best of the three of us,” says Smith. “We called it the Finale Burger—a seared Certified Angus Beef patty on a toasted butter bun with Fontina cheese, arugula and a Luxardo cherry aïoli—that was my contribution. Gale’s component was a strip of thick-cut bacon perfectly candied with a bourbon-brown-sugar syrup that had just a hint of cayenne. Steve’s touch was onions sautéed with sweet vermouth and orange bitters. I’m happy to say that it turned out to be the best-selling of all the Collision Burgers.” SpritzBurger closed in March to a packed house, a fitting end to a successful run.