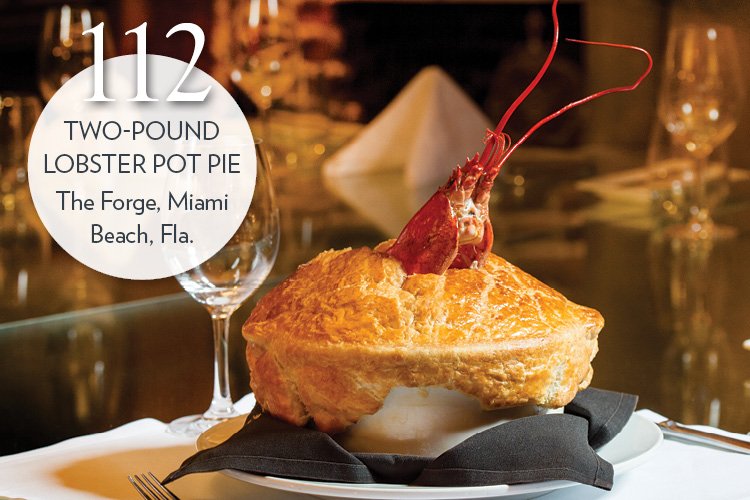 Executive Chef Julia Doyne wanted to give the classic pot pie an upscale makeover. The Forge, a Miami landmark restaurant specializing in creative steak and seafood dishes, was the right venue for such culinary innovation. Using a 2-lb. lobster and clever presentation, she transformed the humble pot pie into a menu showstopper.

“It’s a traditional pot pie in that it contains a variety of root vegetables (marble potatoes, baby turnips, baby carrots, baby fennel, romanesco, pearl onions, and cauliflower), a sauce and a protein,” she says. “But you never see it done with such a high-end protein.”

She uses the meat of the lobster, along with a thick lobster-based mustard sauce. “It’s baked in a deep vessel with puff pastry on top, and we garnish it with a lobster head just for the ‘Wow!’ factor,” says Doyne.

She came up with the dish late one night while working on ideas for new menu items. “I wanted something over-the-top that I would love to eat.” she says. “Then it came to me. We did a few tests, then put it on the menu. Customers are very happy with it!”

Fishing for Flavor Best of Flavor 2017

Stealing the Show Best of Flavor 2017