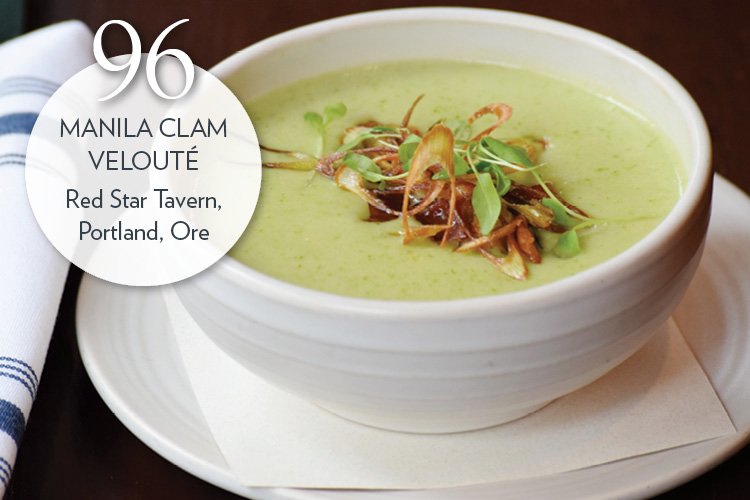 Dolan Lane, Executive Chef of Red Star Tavern, wanted to do a spin on traditional chowder, refining and updating it for this modern American concept. He landed on a Manila Clam Velouté with smoked bacon and early green garlic. “Based off of chowder, I wanted it to have a soft, briny flavor from the clam liquor, but with a velvet consistency,” he says. “Unlike traditional chowder, this velouté is not thickened with roux. Instead, it gets its consistency from the white mirepoix and potato. Like all good chowders, it has that salty element from the clams and the smoked bacon garnish.”

The dish is running on his spring menu, celebrating the fleeting glory of green garlic. “It’s a big part of the dish and is implemented three ways,” says Lane. “The whites are sweated down in the velouté base, the tops are blanched and puréed, added to order, and more whites of the green garlic are sliced thin and fried to garnish.” The soup started on the prix fixe menu, but because of its popularity, is now a favorite among the lunch crowd as well.