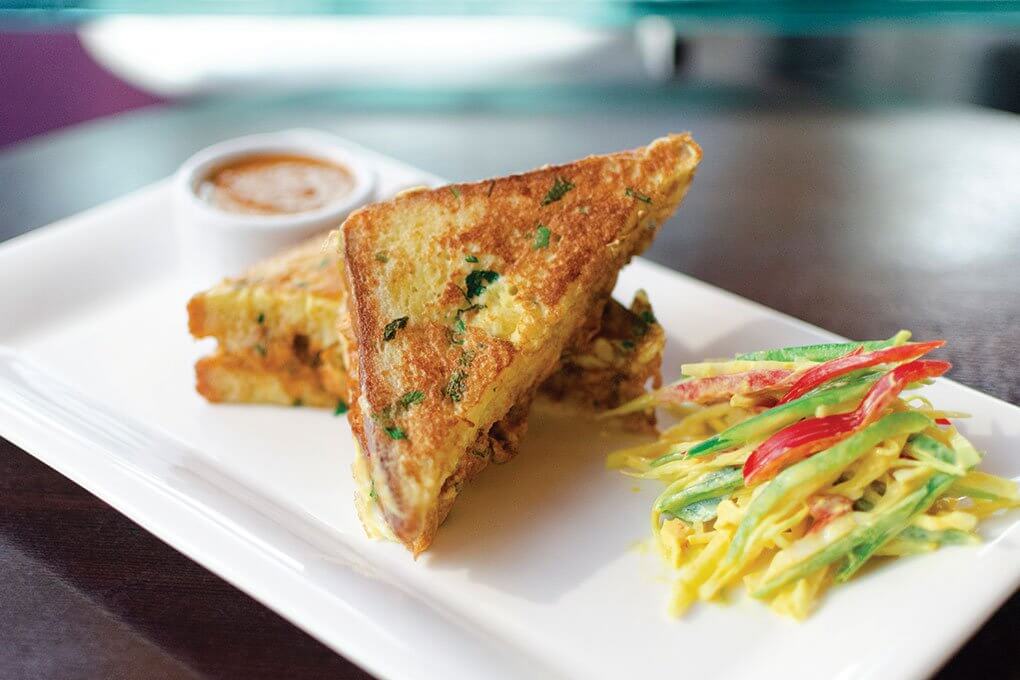 Two classics are better than one. That’s the approach at Rasika, an Indian fine-dining concept, where Group Executive Chef Vikram Sunderman wanted to create a savory French toast with Indian flavors to dazzle Sunday brunchgoers.

The result is the Tikka Masala French Toast, presenting diners with a surprising Indian take on a classic American breakfast item. As Indian flavors find their way onto more American menus through mash-ups, this brunch item demonstrates the opportunity nicely.

Creamy chicken tikka masala is spooned between two slices of brioche, then the sandwich is dipped in a mixture of eggs, heavy cream, cilantro and salt. It’s fried in butter on both sides, then plated with curried coleslaw. “The French toast has a creamy, buttery and smoky flavor,” says Sunderman.