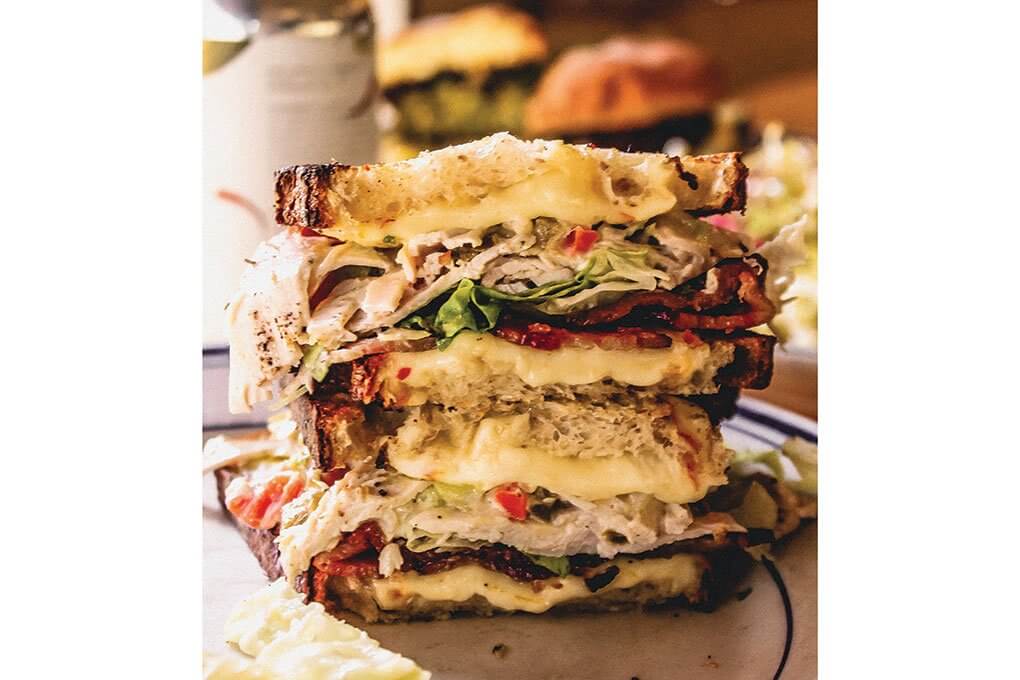 The turkey sandwich is a lunch-menu mainstay. Chef de Cuisine Joe Frietze of Publican Quality Meats, an American café that serves charcuterie, pastries and sandwiches, along with an on-site butcher and market, says, “You could serve turkey in between two old tennis shoes and people would still order it.”

Lucky for everyone, he aims higher with the P.S.T. Club, a smoked turkey sandwich on housemade toasted sourdough with bacon, smashed avocado, melted Muenster cheese, giardiniera, iceberg and ranch dressing. “We have a bakery that makes amazing bread and we smoke our own turkey, allowing us to perfect the sandwich’s main elements,” he says.

Inspiration came from the opening of sister restaurant Pacific Standard Time. “We had the Piri Piri Pavo on the menu for about nine months, a super-delicious turkey sandwich in its own right, but we were ready to try something new,” says Frietze. “I suggested putting a rendition of the turkey club on the menu, not entirely seriously. At the time, Pacific Standard Time was set to open. I mentioned that we should create a Cali Club and call it the P.S.T. Club as an homage. When you combine turkey, ranch, bacon and avocado on sourdough bread, people like it. It’s the top-selling sandwich every week.”