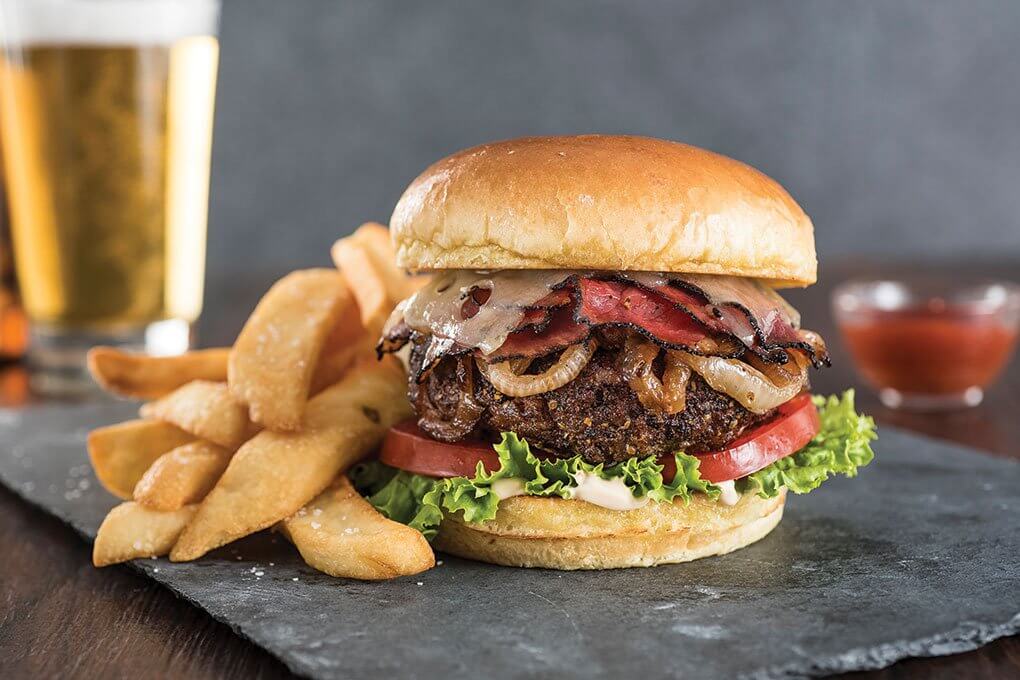 TooJay’s Deli sells more than 185,000 pounds of pastrami every year. It’s such a big seller that this New York-style deli celebrates National Pastrami Day every January. Two years ago, a limited-time offering called the Pastrami Burger, released as part of the celebration, was so successful that it became a permanent menu item.

“The inspiration for the Pastrami Burger was to create a gourmet burger with a unique New York deli twist,” says Brett Carper, Director of Operations. The burger smartly pairs two craveable classics—the pastrami sandwich and the burger—in a familiar format that reflects the concept’s New York roots.

“It is so flavorful and stays true to TooJay’s heritage of serving plentiful plates of traditional gourmet favorites, in this case a savory spin on a classic New York deli meat paired with our fresh burger,” says Carper.