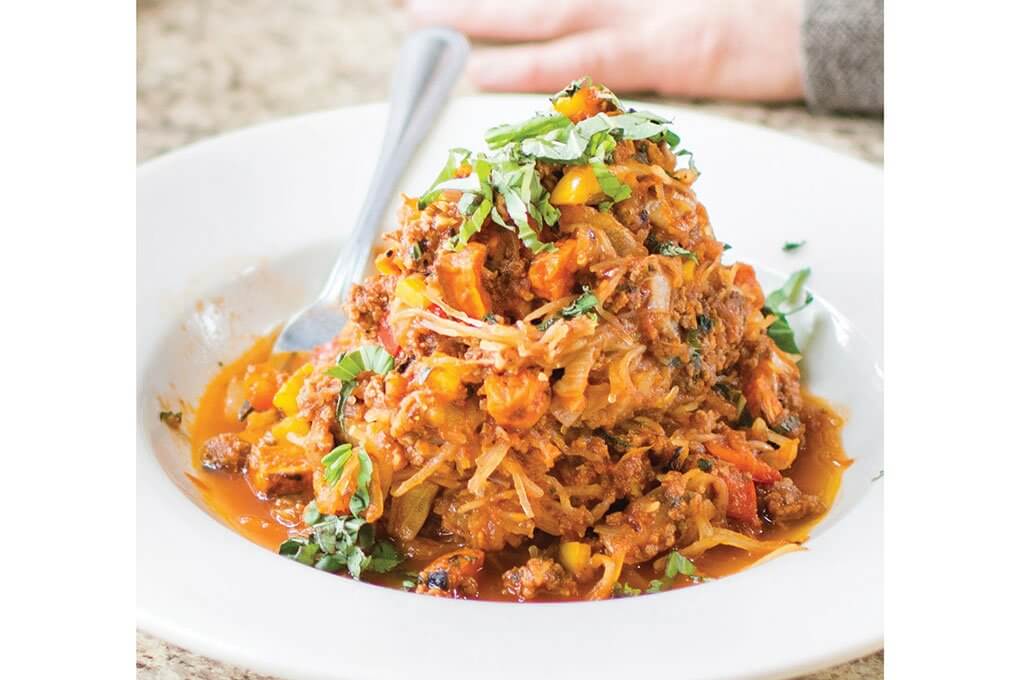 The fast casual Bellagreen stands out with its sound sustainable practices, from its use of alternative power to its water conservation. It also stands out with its ability to modify its American bistro menu to align with a number of today’s biggest diets, including keto, paleo, Whole30, gluten-free and vegetarian.

“Bellagreen’s Paleo Spaghetti Squash Bolognese is an exceptional experience in flavor,” says Kyle Frederick, COO. “We believe guests shouldn’t have to compromise flavor for their dietary needs or preferences.” Introduced as a seasonal item, the dish was such a hit, it’s now on the permanent menu.

“The Bolognese is a light dish that’s low in carbohydrates, but you’d never know from the way it tastes,” says Frederick. “We’ve found that even guests who aren’t gluten-free love it for its rich flavor and hearty texture.”