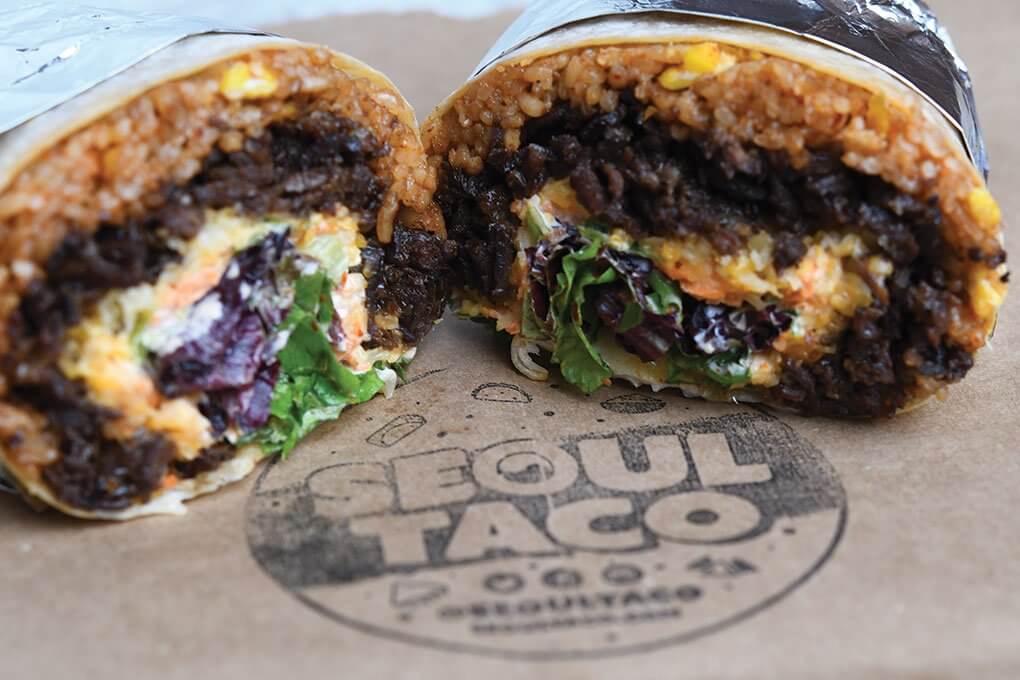 “We build the burrito a particular way to achieve the rainbow look when you cut into it, and to keep certain ingredients together,” says Choi. “Starting with the tortilla, we add rice, bulgogi steak, and then shredded cheese to melt on the hot rice. We finish with the cold, crunchy ingredients and the sauces before wrapping the burrito together.”

He credits its top-selling success with the fact that it’s different than typical burritos, delivering on multiple flavor fronts—sweet, savory, sour and heat. “We first created the Bulgogi Steak Burrito back when we were just a food truck,” he says. “We were messing around one day when we weren’t too busy and we tried out this idea. We received immediate positive feedback from customers that it was the best burrito they’d ever had.”