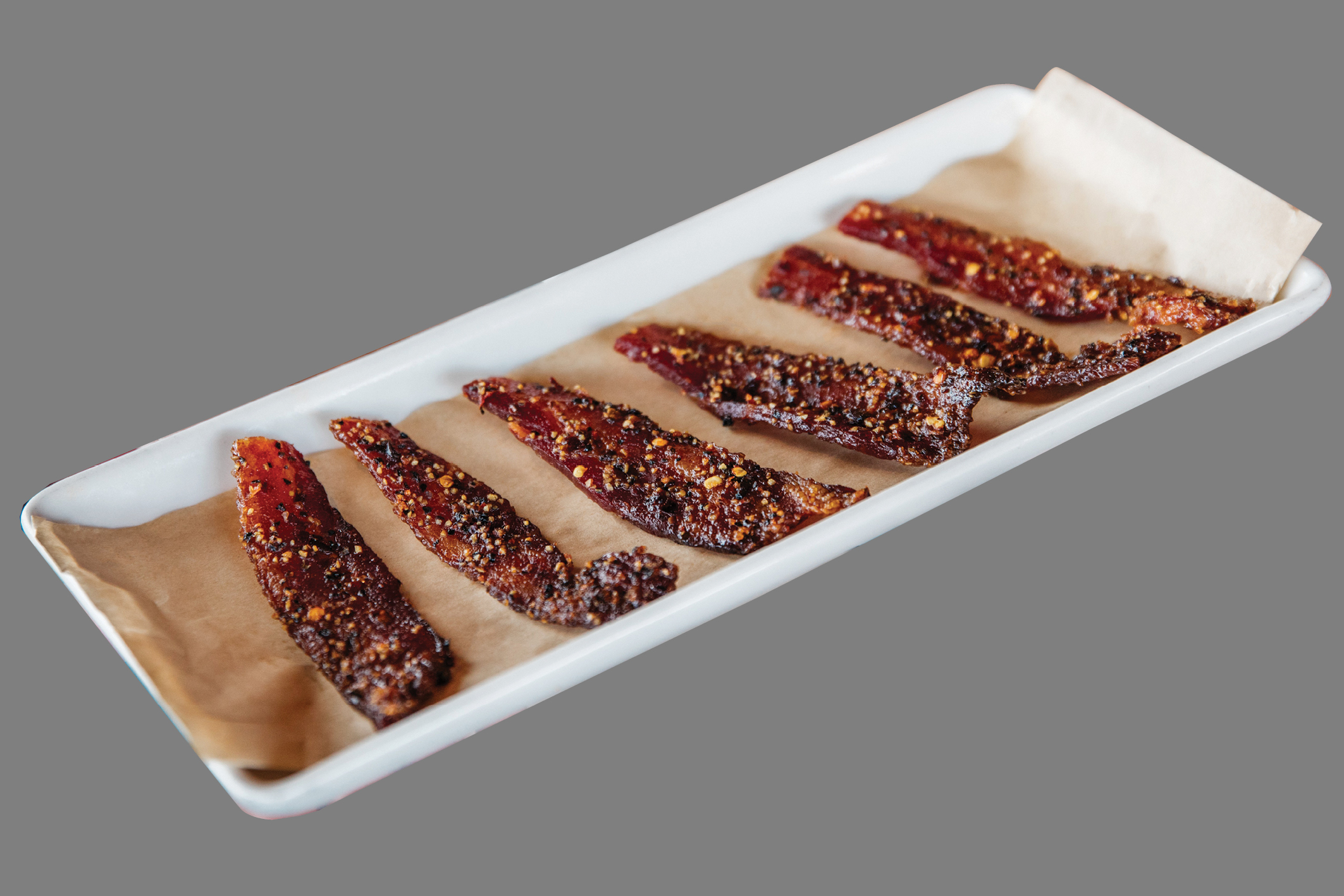 Slow-roasting yields a candied, crispy bacon. “You get the initial taste of salty, smoked bacon followed by a great sweet-heat crunch from the candying process,” says Executive Chef Alex Sadowsky. “As you keep eating, you hit little pockets of crunchy caramel mixed with a hit of black pepper or the red pepper flakes. It’s addicting, and we have guests that come in for it.”